Raibahadur deen Dayal is a widower whose only daughter Madhvi is studying at Khandala. Raibahadur meets and falls in love with Aruna. Aruna who has always longed for riches and a comfortable life, spurns her love Satish, a taxi driver, and marries Raibahadur. She however soon realises her mistake of marrying an old man and feels frustrated.

At a party thrown by Raibahadur's friend Ashok, a retired lawyer, she meets his son Anand and is attracted towards him. She takes him home and seduces him.

Next day Aruna is shocked to receive a phone from a photographer Rao who has photographed Aruna and Anand in compromising positions. He offers to return the photographs in exchange for Rs. 10,000. When Aruna goes to get the photos, there is a scuffle and Rao is killed.

Aruna now uses these photos to blackmail Anand into coming to her whenever she needs him. Anand escapes to Khandala, where he meets and falls in love with Madhvi, not knowing that she is Raibahadur's daughter. In the meantime the frustrated Aruna calls Satish and employs him as her driver.

Raibahadur proposes to Ashok the marriage of Madhvi with Anand. He goes to Khandala and is happy to know that Anand and Madhvi already know and love each other. He leaves for Bombay to give the good news to Ashok and Aruna.  Anand however is shocked to learn that Madhvi is the step-daughter of Aruna. He too leaves for Bombay to get back the photographs from Aruna which can jeopardise his proposed marriage to Madhvi.

Raibahadur comes home and is shocked to find Aruna in bed with Satish. He rings up his lawyer to change his will bequeathing everying to Madhvi. Aruna overseas and sees all her dreams being shattered. She plans with Satish to murder Raibahadur before he can change the Will. After she murders Raibahdur, she is informed by the police that Satish has met with a fatal car accident. In the meantime, Anand arrives to get the photographs from Aruna, little knowing that a murder has taken place. Anand is arrested on the charge of murdering Raibahadur.

Is Ashok able to save his son from the murder charge? How does Madhvi react when she learns that Anand had relations with her step mother and is alleged to have killed her father? Is Anand able to escape from the clutches of Aruna?

These questions have been answered in a thrilling and exciting way in M.K.B. Films' "APRADHI KAUN?". 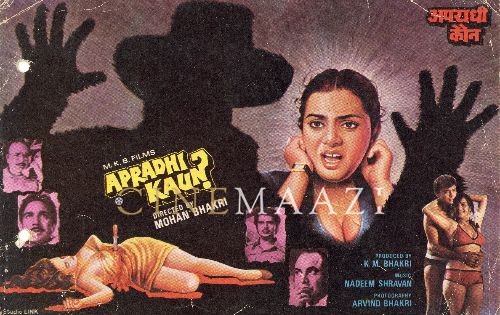 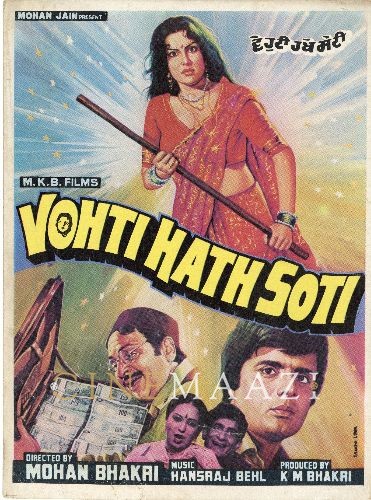 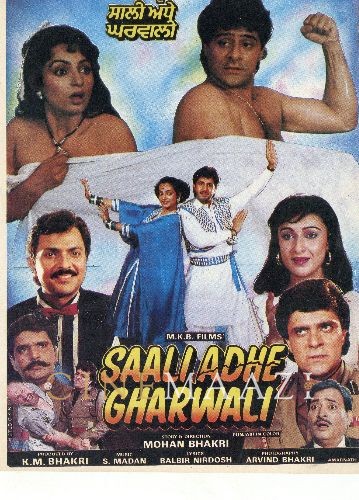