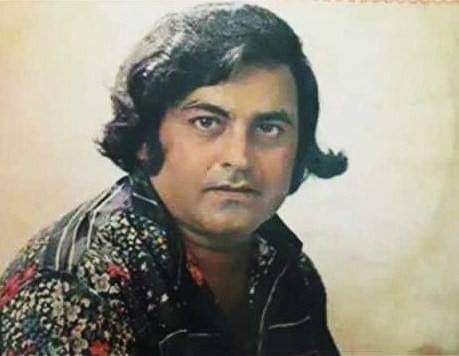 Often called the Midnight Singer (also the name of his biography), owing to his popularity at jagrans or all-night devotional vigils, Narendra Chanchal gave devotional music popular appeal. His name was synonymous with jagrans and bhajans in praise of Mata (goddess). With a distinctive high-pitched, soul-stirring style of singing, he rendered many iconic devotional as well as other songs in Hindi films. These include Tu ne mujhe bulaya from Aasha (1980) along with Mohammed Rafi, Chalo bulawa aaya hai from Avtaar (1983) with Asha Bhosle and Mahendra Kapoor, Beshak mandir masjid todo from Bobby (1973) which won him the Filmfare Award for Best Male Playback Singer, the Punjabi solo Main ha jatt Punjab da from Dharam Jeet (1975), Main benaam ho gayaa from Benaam (1974), and Do ghut pila de sakia from Kala Suraj (1985). Acknowledged as the country’s foremost singer for Mata ki Bhent events since the late 1960s, he was in demand across India and abroad for his talent for devotional music, especially during Navratra. He performed at live events for a large part of his career.

Born Narendra Kharbanda on 16 October, 1940 in Namak Mandi, Amritsar, into a humble family, his tryst with devotional music began during his childhood in Amritsar in the 1950s. A mischievous child—a far cry from the sober image he was to later attain—he was nicknamed Chanchal, which means playful and restless, by his Hindi teacher. The name stuck.

He was to credit his mother who led him to the goddess, Mata Rani, for bringing his life back on track. She would take him along to various temples where she sang every morning. Although he hated having to wake up early, soon he began to enjoy these devotional music sessions. Not only did he pick up the nuances of singing the bhent, his friends began to value him more as he was the one who knew more about Puranic lore and mythology better than any of them. While his mother would fondly call him Mohammed Rafi, he knew that he wanted to make a name as Narendra Chanchal—which he did, becoming iconic for his outstanding rustic voice which could reach a high pitch.

By the 1960s, realisation dawned that singing was the only thing he could earn a living by, which led him to take professional lessons and thus turn music into a career.

A regular at jagrans, which are all-night musical vigils, his full-throated, powerful voice made a huge impact on audiences. It also prepared him to sing for any stage. It was his rendition of a kafi of Bulleh Shah at an Army charity event that opened the doors of cinema for him. The event was attended by the renowned filmmaker Raj Kapoor who found, in young Chanchal, the voice that he was looking for, for a moving song in his film Bobby (1973). Beshak mandir masjid todo, par pyar bhara dil kabhi na todo, is dil main dilbar rehta… Chanchal’s stirring rendition of this song in his debut Bobby encapsulated the film’s poignant message. His singing was widely appreciated in the film that also became a super hit. He was awarded the Filmfare Award for Best Singer.

His next assignment was Narendra Bedi’s Benaam (1974) for which he sang the title song, Main benaam ho gaya. He also featured onscreen with the song picturised on him, thus becoming recognised as a star singer.

In Manoj Kumar’s Roti Kapda Aur Makaan (1974), he sang a crucial verse in the song Mehengai maar gayi. He sang along with Mukesh, Lata Mangeshkar and Jani Babu. However, it was the song Tu ne mujhe bulaya sherwaliye from the film Asha that established him as a star devotional singer. He rendered this number with his childhood icon, Mohammed Rafi. This song was followed by Chalo bulawa aaya hai mata ne bulaya hai from the Rajesh Khanna-Shabana Azmi starrer Avtaar (1083). These numbers were to spark a trend of devotional music in films in the 1980s.

While Chanchal did render a few romantic numbers like Yaara o yaara and Kabhi gham se dil lagaya, it was for devotional songs that producers began to queue up. At the time, unusual voices like his were not utilised for regular songs in playback singing. Gradually, he extricated himself from the film scene when he realised that he was being stereotyped as a devotional singer.

At one point, he faced a crisis when he had apparently lost his voice. He found both, his path and voice again, when he returned to where he belonged—the stage.

During his visits to Vaishno Devi, he had picked up Punjabi and Dogri folk songs. Steering clear of using film song tunes in his bhajans, he often described himself as a messenger of the goddess. At jagrans, he didn’t limit himself to singing but also conversed with the audience on social issues. One of his songs revolved around the role of the father in a family, while condemning female infanticide. He would celebrate New Year’s Eve at Vaishno Devi, performing first at the holy cave and then at a ground in Katra. Over the years, it became known as Chanchal Mela, attracting huge crowds at the peak of winter.

He would be in huge demand at Navratra celebrations across India, the US and Europe. Organisers who managed to secure his dates to perform jagrata during the auspicious nine days would consider themselves fortunate. His voice was widely believed to be a hotline to the Mother Goddess, with the power of intercession.

Clad in bright kurtas with heavy gold chains and bracelets, he reportedly did so as a response to the deprivations he faced in childhood. Other awards he won in the course of his career include the Raj Kapoor Memorial Award for his contribution to Indian music, and the Shobhna Award for Best Stage Artiste (Singing).

He made a special appearance on television in Zee TV’s 12/24 Karol Bagh. Midnight Singer, his biography, narrates his life, struggles and hardships leading to achievements.