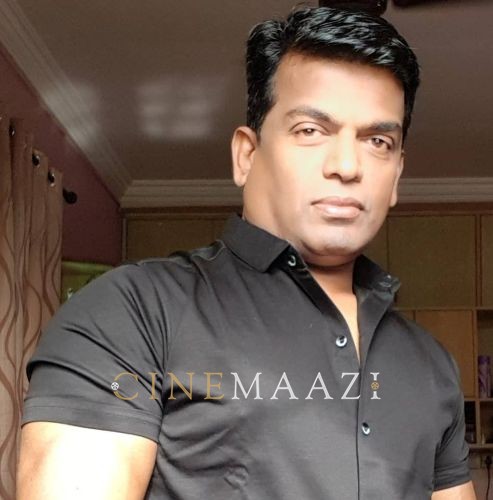 Nilesh Newalkar has earned fame for producing Konkani films. From a young age he had a love for art. Completing his education in civil engineering he ventured into construction with famed producer and director of Konkani films - Rajendra Talak. Later he left for the Gulf to make his future. Nostalgic about Goa, he returned home and started his own construction company by the name of Axis Construction Co., which has been in existence since 1996. Well-known personality Damu Naik invited Newalkar to be co-producer for his Konkani filmZagor (2009). Here he had the opportunity to observe filmmaking from close quarters, also making it easier for him to take the plunge into films. Deciding to produce his own films, Nilesh commenced with the production ofGunaaji (2014) by procuring the story from well-known Konkani writer, Pundalik Naik. This film is based on the drama by the same author, about a shepherd who lives in a remote village. The village head selects him for an award which is to be bestowed at the hands of the President of India. However, Gunaaji has not travelled out of his village and he is in a dilemma. The film outlines his sojourn to New Delhi where he speaks from his heart.

Newalkar has a love for old Konkani films in particular the 1966 produced black and white film Nirmon (Destiny). He purchased the rights of old films like Amchem Noxib (1963), Nirmon (1966), Boglantt (1975) and Bhuierantlo Munis (1977) with the intention of remaking them. He ventured into the remake of Nirmon which he titled Nirmon - The Destiny which has been produced under the banner of Eesha and Noah Productions with himself and Armando Fernandes as producers. The female lead role has been done by a fresh face, Anagha Joshi. There is a minor change in the remake—in the original there is a shipwreck whereas in the new version, the tragedy is a rail accident. Only three songs from the original film have been taken. This film bagged awards for Best Actress and Best Direction at the 8th Goa State Film Festival and has been screened in Kuwait, Muscat, U.K. and Canada.

He went on to produce a new film, titled O La La (2018). This is a comedy film with doses of entertainment, drama and suspense, directed bySripad R. A. Pai. The story revolves around three persons and centres around O La La, an events company which makes progress within a few years. This film stars Prince Jacob, John D'Silva, Rajiv Hede, Aryan Khedekar, Chitra Alphonso, C. D'Silva, Spirit Fernandes, and Tanvie in the main roles. The film’s suspense has been handled effectively and it has been screened in New Zealand, Cayman Islands and Germany.

Nilesh is producing two short films entitled Spirit of Lamb, an English film on the atrocities of the girl child, and another Konkani film.