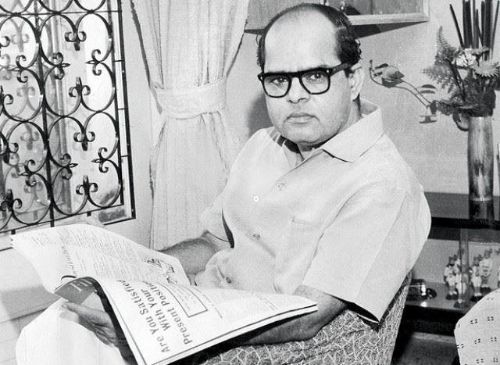 In a career that hardly lasted two decades, Roshan left his mark as a distinguished music director who composed immortal tunes rooted in the Hindustani classical music tradition and qawwalis.

Born in a Bharia, a small village in the Surjewala district of Punjab, Roshanlal Nagrath was a music enthusiast even as a young boy. When in fifth grade, he moved to Shahjahanpur to live with his father and started his training in music under the guidance of Master Barve. He played the harmonium and accompanied his teachers on musical tours. His musical education continued when he shifted to Lucknow where he trained under Pandit Ratnashankar at Morris College. Roshan is also said to have learned to play the sarangi from Ustad Alauddin Khan in Maihar. He was also proficient in playing the dilruba, also called the esraj, so much so that J.D.A. Bukhari hired him as an artist for All India Radio after listening to him play. ). In the early 1940s, Khawaja Khurshid Anwar who was Programme Producer/Music in All India Radio, Delhi, hired Roshan as a staff artist for Esraj, the instrument which he used to play.

In 1948, Roshan moved to Bombay to try his luck in the world of Hindi films. There, he got the chance to work as an assistant of music composer Khawaja Khurshid Anwar in film Singaar (1949). His big break came the next year when he was signed for a Kidar Sharma film, Neki Aur Badi (1949). While the film has mostly been lost to the ravages of time, one of the songs, Dil lubhane lagi sapne ki duniya, is said to have become vastly popular. While Roshan may have been disappointed by the failure of the film, Kidar Sharma realized he had spotted a rare talent. He signed Roshan on for his next film, Bawre Nain (1950), and Roshan did not let him down, setting immortal tunes to the songs in the film. The Geeta Roy-Mukesh duet, Khayalon mein kisi ke and the plaintive Mukesh number, Teri duniya mein dil lagta nahin, still occupy pride of place in the annals of Hindi cinema.

Interestingly, in his early career, Roshan worked on a number of film scores that were unsuccessful at the box office, but which have stood the test of time. The song Aeri main to prem diwani mera dard na jaane koi (Nau Bahar, 1952) is still considered one of Lata Mangeshkar’s finest. Despite his impoverishment during this time, Roshan would not approach those more fortunate, begging for work. His luck turned by the end of the decade, and in the late 1950s and 1960s, Roshan enjoyed a good deal of success.

Roshan died unexpectedly of a heart attack at the age of 50 on 16 November 1967.  At the time of his death, he was working on two scores, one of which was released post his death, Anokhi Raat (1968). It is said that his wife, Ira Roshan, completed the score of this movie. While the movie may not be remembered today, one of its songs, the great Mukesh number, Oh re taal mile nadi ke jal se, is still popular. In his short but productive career of 18 years, Roshan composed the music for over 50 films.