“Barsaat Ki Raat”-the night of the rain-is the dynamic love story of a man who lived intensely, wrote passionately, and loved with all the fervor of young love.

On a rainy night in the city of Hyderabad, Aman, a young poet in search of inspiration, has a glimpse of a dream in flesh. A young woman, beautiful as only God’s own hand could make her sensuously wet as only the water from the skies can drench a girl, took shelter in a Blacksmith’s shop and unknowingly went into the arms of the young poet. It was a brief meeting and soon she was lost in the darkness and the rain. But that moment and that meeting gave a new meaning to Aman’s life; the vision of that girl became the greatest reality for him. He discovered that girl-Shabnam was the elder sister of a girl whom he had been engaged to teach.

From that day started a most unusual love affair between the daughter of a Khan Sahib and the young poet. The parents of Shabnam forbade their meetings. The young lovers eloped but again were frustrated in their attempts by Aman’s friend Shekhar who brought Shabnam back to the family. Disappointed and disheartened Aman decided to leave the city and go into the wilderness of a self-imposed exile.

In a train compartment, Aman met Finta a “second-hander”. Fitna was attached to a qawwal group. Even though he never wrote anything himself, he passed on other poets’ writings-including Aman’s-as his own. Fitna persuaded Aman to write poetry for him, which he, in turn, passed on to the group of qawwals for singing.

One day Aman discovered to his surprise that Fitna had passed on his qawwalis to the two rival groups of qawwals participating in a competition. A greater surprise was the identity of the other group of qawwals. Aman had known Mubarak Ali, the chief qawwal in the rival camp, and his pretty daughter Shama before coming to Hyderabad and even written a few qawwalis for them. Now, discovering the double-crossing tactics of Fitna, he immediately went over to the qawwal group led by Shama and helped them win the competition with the help of his poetry.

Aman from that day joined the group of Mubarak Ali. Aman sympathized with poor Shama and even understood the long-cherished ambition of her father to defeat the well-known singer Dhauns qawwal and thus avenge and earlier defeat. But Aman was too innocent to realize that in the process of working with that group of singers, he had won over the heart of Shama who had fallen deeply in love with young poet. Aman still thought of the girl in Hyderabad and the memory of Shabnam carried him through life with a vague hope and longing that he would meet her again, sometime, somewhere.

And Aman did meet Shabnam once again. After he had helped Shama’s group to gain victory over Dhauns qawwal and thus fulfill her father’s long-cherished ambition, he found himself confronted with Shabnam who had heard his qawwalis from her room. In the months that had gone by after their last meeting. Shabnam had been, against her wish, engaged to someone else. She had fallen ill and had been brought here in a town and spot blessed by the saints-so that she should recover her health and cheerfulness.

Then at last the love story reaches its dramatic climax-from the moment when the two girls in love with the same man meet each other. Human relationship is like a qawwali-just when it seemed to be ending, it began all over again. 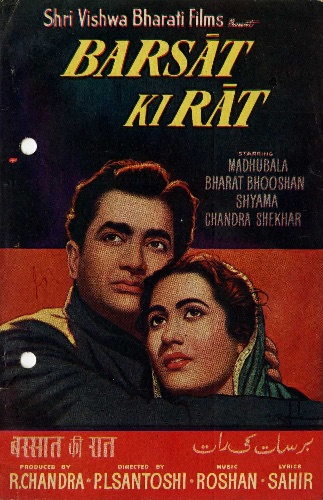 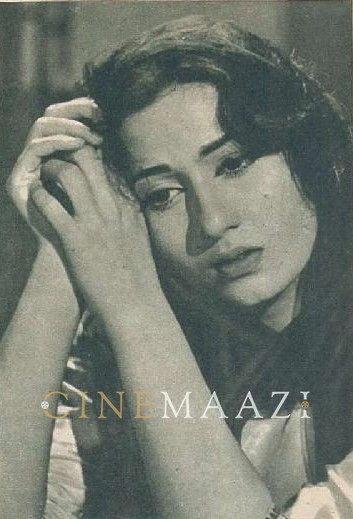 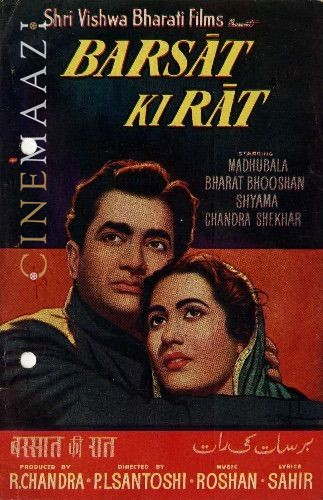 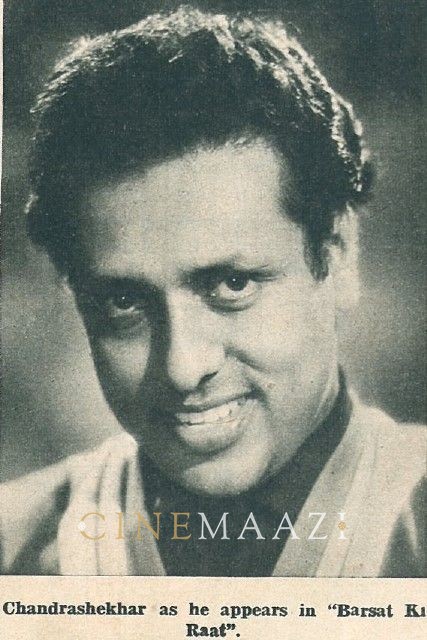 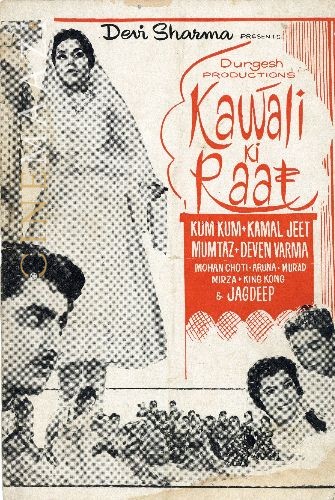