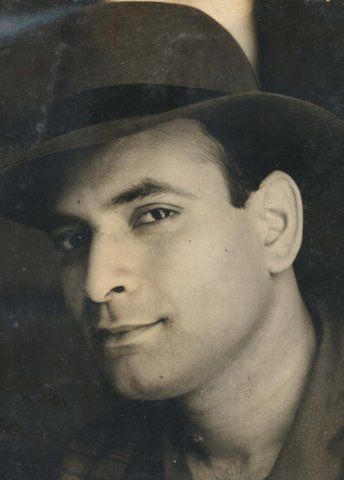 Child artiste, veena virtuoso, filmmaker, music composer, actor and poet, Sundaram Balachander was also awarded the Padma Bhushan in 1982 for his contribution to the music industry. Starting as a child artiste in Tamil films in the 1930s, he went on to compose music, as well as produce and direct films. A child prodigy who taught himself to play the veena, he became one of southern India's foremost veena players, besides establishing a steady career in cinema with films such as Baktha Thulasidas (1947), En Kanavar (1948), Kaithi (1951), Penn (1954), Andha Naal (1954), Edi Nijam (1956), Bhoologa Rambha (1958), Avan Amaran (1958), and more.

Born on 18 January, 1927 in erstwhile Madras, he showed many talents from childhood itself participating in chess tournaments, musical performances and acting in films. His father, a lawyer, was devoted to Carnatic music. He would invite musicians, mostly vocalists, to live and perform in their house. While Balachander’s older brother was learning to sing, Balachander himself was the intense listener. When he was five, a musician presented him with a kanjira, a tambourine, which he mastered quickly. At the age of six, he was accompanying musicians in concerts on his percussion drum.

His first role also came to him when he was six. He played the role of a child musician in Ravana's court in a Tamil film by famous director V Shantaram, Seetha Kalyanam (1934). Apparently, Shantaram presented young Sundaram with a set of tabla drums, on noticing his interest in making music. As a child artist he went on to act in Rishyasringar (1941), Kamadhenu (1941), and Aaraichimani (1942).

By the age of nine, Sundaram Balachander was already playing the tabla and kanjeera at temple musical events. At age of 10, when accompanying his vocalist brother on the tabla at a concert in Karachi, a lady presented him with an old, decrepit sitar, which she had purchased for her son, who had never used it. He had never played the sitar before and had only heard Ustad Inayat Khan (father of Vilayat Khan) playing it over the radio. But he had it repaired and started on a path of self-education on the sitar. He began playing Carnatic music on it. It provided an outlet to all his inner musical treasures, and within a year he was performing concerts on the sitar!

Realising that the sitar did not adequately express the nuances of the Carnatic tradition of music which was his passion, he went on to choose the Saraswati veena as his main instrument, which better expressed his gayaki style in music. Within a few years, he developed extraordinary skill on the veena, creating a new style and school of veena-playing. His virtuosity over the veena laid the foundation for this ancient instrument to achieve international levels of recognition. Noticeably, he kept away from fusion collaborations in order to preserve the essence of the musical traditions. A proud traditionalist, he believed a divine art could not be compromised. It was always a matter of surprise, what Balachander would play on a certain day. Being a constant improviser, Sundaram Balachander never knew for certain which ragas he would play for an upcoming concert. He left this choice to the intuitive impulse that emerged from the connection between the performer and the listeners. He preferred to “leave it to the moment,” counting on the sur devtas to guide him.

Employed by All India Radio at the age of 15, Balachander had the rare distinction of having mastered many instruments on his own, minus the guidance and training of a permanent guru. What’s more, did not rigidly stick to the traditions of any particular gharana. In course of time, he went on to develop a career in cinema as well, as actor, director, screenwriter, and composer.
In 1947 he turned music composer along with Anil Biswas for the film Baktha Thulasidas. Serving as assistant editor for the film Idhu Nijama (1948), his all-round talent saw him turning director with En Kanavar (1948), which he also acted in, and sang and scored music for, followed by Kaithi (1951) which saw him similarly involved. As an actor he featured in Devaki (1951), Rajambal (1951), Rani (1952), Inspector (1953), Penn (1954), the Telugu film Sangham (1954), Andha Naal (1954) which is a classic Tamil film noir thriller, Koteeswaran (1955), Dr Savithri (1955),  Avana Ivan (1962), Bommai(1964), and Nadu Iravil (1970). He also directed and scored the music of several of the films he acted in. His directorials include Edi Nijam (1956), Bhoologa Rambha (1958), the Telugu Bhooloka Rambha (1958), Avan Amaran (1958), Avana Evan, Bommai, and Nadu Iravil. His Andha Naal (1954) bore influences of Kurosawa’s Rashomon (1950), while Avan Amaran was made for People’s Films, noted for its Leftist ideology. He was known primarily for his thrillers, including adaptations of Agatha Christie (Nadu Iravil) and George Stevens (Avana Evan). Though he was a purist for traditional music, his film scores often displayed a variety of other influences including jazz, Latin American music and western classical.

Sundaram Balachander passed away on 13 April, 1990 following a massive heart attack during a country-wide concert tour. He was 63.