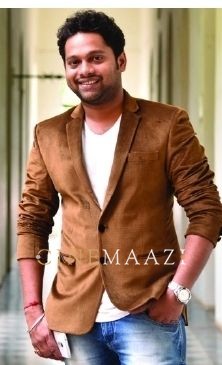 Swapnil Shetkar has excelled in films as a storywriter, casting director, producer, and as an actor. He has actively participated in Hans Theatre Training Centre and has taken part in many Konkani and Marathi dramas including Uduni Ja Pakhru(Fly away bird), Eka Hridayache Hakh (The right of a heart), and Stri Upanishad.

This experience helped him in films in direction, acting, writing and production. He has enacted the main part in the documentary Poet Borkar Speakingdirected by Dnyaneshwar Moghe. Three facets of the late poet Bakibab Borkar have been displayed in this documentary namely as a poet, freedom fighter and a protagonist of the Konkani language.

Suring (Explosive, 2016), the Konkani film which he directed won the Best Director, and Best Film award at the 7th Goa State Film Festival. This film also got awarded in five other departments. The story, penned by Pundalik Naik on the drama of the same name, is based on the Kunnbi Gavda community which portrays the travails encountered by the tribe in the decade of the 70s.

Home Sweet Home(2014), another Konkani film which he has directed, was inspired by the land scam in Goa. This film was released on 26 December, 2014 and has had over a thousand shows, becoming a hit. It tells the story of John D’Silva, who leaves his ancestral house after the demise of his parents, and proceeds abroad. On his return after 20 years, he is shocked to find a huge complex standing on his premises.This film is based on a real-life story, and has been screened in Dubai, Kuwait, Qatar, Bahrain and Oman.

Home Sweet Home 2 (2015), the sequel, has also been directed by Swapnil Shetkar, in which John has two options: to accept the cheque given by the opposite party and keep his mouth shut, or face death. This film won awards for Best Actor, Best Lyrics, Best Dialogues and Best Screenplay at the 8th Goa State FilmFestival.

He was the Executive Producer for Plastic Dhoti, O Maria (2010) and Saawariya.com (2009). He also enacted a negative role in Angry Indian Goddesses (2015).

He has written and directed the Konkani film Questao de Confusao(Question of Confusion, 2018)based on the rivalry between two neighbours.

In Uduni Ja Pakhru (Fly away bird), a Marathi drama, he plays the main role in a story based on a contest in a pathological centre in Kolkata. He enacted the main role in the one-act play, Eka Hridayache Hakh (The right of the heart). In Stri Upanishad, he enacts the main role, while Kaun Zimedar (Who is responsible), a short film, in which he also plays the central role, won him an award for his acting.

His forthcoming films are Anna Baretto,3 Stars and Once Upon a Time in Goa.