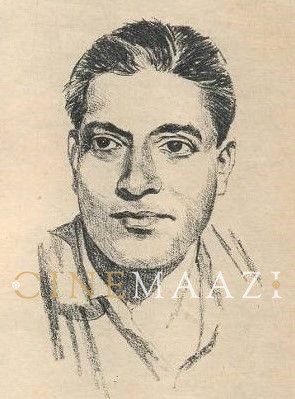 The stylish opening sequence of O P Ralhan’s Phool Aur Patthar (1966) is always a delight to watch – a series of chase sequences detailing Dharmendra’s troubled childhood, his delinquency leading to a life as a thief, ultimately ending in his capture and sentence of exile. In one five minutes long sequence the film manages to give its lead character a credible backstory, introduces itself as a snazzy thriller, and establishes the general tone of the film. All of this without a single line of dialogue being spoken. The man responsible for stringing together this terrific series of shots was the award-winning editor Vasant Borkar.

It is indeed amazing to learn that Borkar got his first job as an editor due to a misunderstanding. But such happy accidents are what history is made of. Borkar initially had no intention of becoming an editor. He wanted to be an actor and began his film career as a junior artiste. While searching for a job after his matriculation, he was introduced to the filmmaker Nanubhai Vakil who cast him for a small role in Nand Ke Lala (1934). Being a rookie actor, Borkar made a mistake during a scene one day. Nanubhai Vakil, who was quick to anger, berated him. This was enough to convince the young man to leave acting behind.

An assistant editor recommended him to the legendary Bhikubhai Desai, under whose tutelage he started learning editing at Paramount Films. D N Madhok observed him working with Bhikubhai, and thinking that he must be an accomplished editor himself to be working with such a veteran, hired him to edit his film Diwani (1934). Borkar seized this opportunity and having done a commendable job was employed by Minerva Movietone.

At Minerva, he worked on films like Namacha Mahima (1937), Sitara (1938), and the Sohrab Modi classic Jailor (1938). Leaving to become a freelancer after that, he became a frequent collaborator with K Amarnath. They worked together in films like Mirza Sahiban (1947), Bazaar (1949), Alif-Laila (1953), Baradari (1955), Kabli Khan (1963) and Woh Din Yaad Karo (1971). He also worked with veteran filmmaker Roop K Shorey in Chaman (1948). He would receive plaudits for his work on O P Ralhan’s films. His editing would be instrumental in shaping Ralhan’s signature style in films like Phool Aur Patthar, Talash (1969), and Hulchul (1971). He won the Filmfare Award for Best Editor for his work on Phool Aur Patthar in 1967. He also spent two years in Jakarta, working on two Indonesian films at the invitation of a producer. The film Tudjuan was a commercial success.

A consummate professional, Borkar nevertheless lamented the cavalier attitude of producers towards the art of editing. He was a firm believer in the editor being an equal creator of the film as the director and actors. His work is a testament to the truth of that statement.