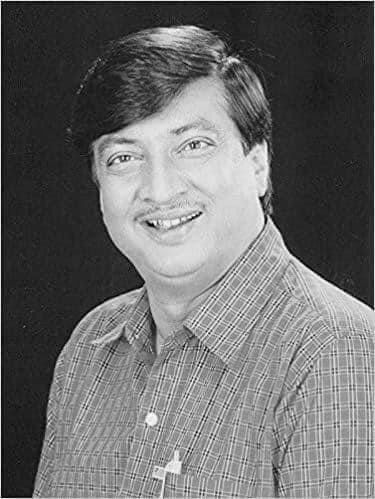 Popular and prolific Hindi novelist and screenwriter, Ved Prakash Sharma was known for his detective novels, and unique titles such as Dahej Mein Revolver (Revolver as Dowry), Widhva Ka Pati (Husband of a Widow) and Dulhan Maange Dahej (Bride Asks For Dowry). Starting his writing career at the age of 14, ghost-writing novels for others, he got his big break with the 1993 novel, Vardi Wala Gunda (Goon in Uniform). Sharma countered claims of his writing being ‘pulp fiction’, insisting that every book he wrote had a positive message for society. He penned more than 176 novels, and also founded Tulsi Comics. His novel Bahu Maange Insaaf was adapted for the film Bahu Ki Awaaz (1985), while the film Anaam (1992) was also based on his work. He wrote two entertainers in the Khiladi series, namely Sabse Bada Khiladi (1995) and International Khiladi (1999) starring Akshay Kumar. He also created the character in the teleserial Keshav Pandit.

Born on 10 June, 1955 in Meerut, Uttar Pradesh, he completed his graduation from NAS Degree College. Starting off his professional career as a ghost writer, he went on to pen approximately 176 novels, initially ghost-writing around 23 of them. The first novel that he got credit for was Dahekte Shaher (1973). Known for his detective novels, such as Kalyug Ki Ramayan and Vardi Wala Gunda, some of his popular characters were Vijay, Vikas, Raghunath, Alphanse, Vibha Jindal, Keshav Pandit and Raina. From the mid-80s onwards through the 90s up until 2001, he wove his novels around social issues and relationship intrigues. Themes ranged from mercenary motives, to betrayal, affairs and conspiracy. His stories included shocking twists in the tale, which them a favourite with readers. He was, in fact, considered the top novelist of this genre in the 90s. His novel Vardi Wala Gunda (1992) went on to break records, selling 15 lakh copies on the very first day of its release. It is said to have reported overall sales of 80 million copies. He founded his own publishing house - Tulsi Books Publication, which published novels, comics and course books.

Sharma’s work was also adapted to film. The film Bahu Ki Awaaz, directed by Shashilal Nair, was adapted from his novel, Bau Maange Insaaf. It starred Rakesh Roshan, Supriya Pathak, Naseeruddin Shah, and Swaroop Sampat in a tale of the mysterious death of a daughter-in-law. The 1992 film Anaam, directed by Ramesh Modi, was based on the novel Vidhwa Ka Pati written by Sharma. It starred Armaan Kohli and Ayesha Julka. Sharma also contributed to two installments in the Akshay Kumar series of Khiladi films. Sabse Bada Khiladi (1995) was adapted from Sharma’s Hindi novel Lallu, while he also penned the story and screenplay of International Khiladi (1999), directed by Umesh Mehra and starring Akshay Kumar and Twinkle Khanna in the lead roles. His work was also adapted for television. The crime drama series that premiered in 2010 on Zee TV, Keshav Pandit, revolved around the life of a fictional hero originally created by Ved Prakash Sharma. It was produced by Ekta Kapoor and Shobha Kapoor under their banner Balaji Telefilms