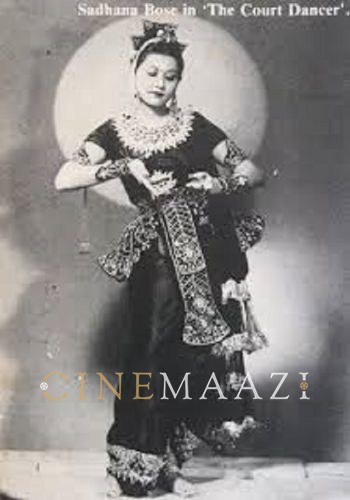 Winner of three Filmfare awards for Best Supporting Actress, Supriya Pathak, actress of stage, film and television, is a multi-faceted talent. Whether slipping into her award-winning role of the dark and deadly Dhankor Baa in Sanjay Leela Bhansali's Goliyon Ki Raasleela Ram-Leela (2013) which has been dubbed ‘the watershed of her career’, or eliciting chuckles in her avatar as Hansaben in the TV serial Khichdi, she has left her mark as a superior actress. Her key films include Shyam Benegal’s Kalyug (1981) for which she won the Filmfare Award for Best Supporting Actress, Bazaar (1982), Masoom (1983) and Mirch Masala (1985), as well as more recent films such as Sarkar (2005), its sequel, Sarkar Raj (2008), and Wake Up Sid (2009). Her forays on television include Idhar Udhar, Ek Mahal Ho Sapno Ka, Baa Bahoo Aur Baby and Chanchan. Founding a TV production house with husband, Pankaj Kapur, the couple produced and acted in Mohandas B.A.L.L.B.
Born 7 January, 1961 to Dina and Baldev Pathak, she was exposed to theatre and cinema at a young age courtesy her actress mother and father, who was fashion designer to the stars Rajesh Khanna and Dilip Kumar. However, she was shy and introverted, hiding away during house parties hosted by her parents. Growing up in Parsi Colony in Dadar, Bombay, she schooled at J. B. Vachha High School. Earning a Bachelor's degree in Fine Art, she specialised in Bharatanatyam from the Nalanda Dance Research Centre, University of Mumbai.
Her father’s untimely demise due to a heart attack acted as a catalyst, prompting Supriya to stand on her own feet. She started with acting in theatre, directed by her mother in the revival of the play Maina Gurjari, in which Dina Pathak herself had previously acted. Acting in Dinesh Thakur’s Biwiyon Ka Madersa, Supriya was spotted by Jennifer Kendall, wife of Shashi Kapoor, when the play was staged at Prithvi Theatre. Recommended by Kendall to Shyam Benegal for the Kapoors’ home production, Kalyug (1981), she was signed on to play Subhadra in this adaptation of the epic, Mahabharata. Supriya’s performance in this crime drama, depicting an archetypal conflict between rival business houses, won her the Filmfare award for Best Supporting Actress.
She went on to feature in films such as Vijeta (1982), Bazaar (1982), Masoom (1983), Mirch Masala (1985), Gandhi (1982) and Raakh (1989). She also starred in the French film, The Bengali Night (1988), as well as the Malayalam film Akalathe Ambili (1985), and the Gujarati film Carry On Kesar (2016).
Her career continued on the small screen, as she acted in TV serials such as Idhar Udhar, Ek Mahal Ho Sapno Ka, Khichdi, Baa Bahoo Aur Baby and Chanchan. Turning producer along with her husband Pankaj Kapur in 1944, their TV production house, Grass Company, debuted with Mohandas B.A.L.L.B, which the couple also acted in.
Supriya returned to the big screen after an 11-year sabbatical, to feature in the Ram Gopal Varma-directed Sarkar (2005), followed by its sequel, Sarkar Raj (2008). She won hearts with her performance as the mother who tries to bridge the generation gap with her son played by Ranbir Kapoor in Wake Up Sid (2009).
Married at the age of 22, she was separated within a year. She met Pankaj Kapur during the filming of Agla Mausam, a Sagar Sarhadi film that never released. Two years later, they wed. The couple has two children, Sanah Kapur and Ruhaan Kapur.