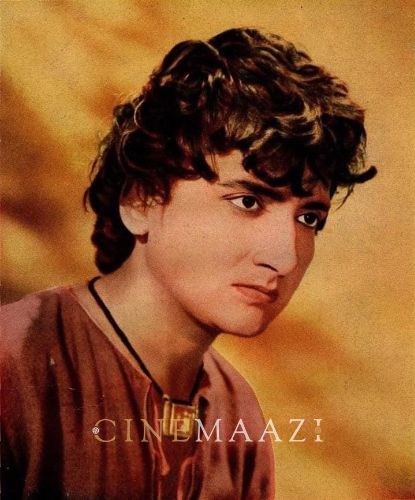 Pleasing in looks and renowned for the tragic characters he played in films, Bharat Bhooshan was the romantic heartthrob of the 1950s, who carved a niche for himself despite the powerful presence of mega stars like Raj Kapoor, Dev Anand and Dilip Kumar. An actor, scriptwriter and producer, he is perhaps best remembered for playing Baiju Bawra in the 1952 film of the same name. He acted in over 30 films in his career which saw several highs - in the form of hits like Anand Math (1952), Mirza Ghalib (1954) and Mud Mud Ke Na Dekh (1960) – as well as grievous lows. Bharat Bhooshan was, however, blessed with more than a dignified, regal demeanour onscreen –namely, a stoic strength that saw him survive real life’s harsh vicissitudes.

Born in Meerut, in what is currently Uttar Pradesh, on 14 June, 1920, his father Raibahadur Motilal was a government pleader. After the loss of his mother at a young age, Bharat grew up in Aligarh under the care of his grandfather. A staunch Arya Samaj member, his father abhorred films and once asked young Bharat to leave home when he caught him going to watch one. Even as he completed his studies, earning a graduate degree from Dharam Samaj College, Aligarh, Bharat dreamt of pursuing classical singing. However, it was cinema that beckoned and he first went to Calcutta to join films and later established himself in Bombay. He got a break as an actor, making his debut with Kidar Sharma’s Chitralekha (1941). The film was well-received, however, it took a full ten years of struggle before he was able to strike his first commercial success with Baiju Bawra (1952) opposite Meena Kumari. The year 1942 saw the release of his second film, Bhakta Kabir, a film that came to him by chance after a fallout between the producer of the film and the singer and leading man, Onkar Nath Thakur. The film brought him name and fame, with the government even presenting them with silver bricks as awards for spreading communal harmony. He was then selected by W.Z. Ahmed of Shalimar Pictures to play Lord Krishna; however, the producer, heavily in debt, left for Pakistan. With the unit not being paid for months. Bhooshan had no choice but to sell his tanpuras to fetch a square meal.

Baiju Bawra, as mentioned, was the turning point in his career, opening the doors to stardom and legendary status, just like it elevated the status of others associated with it including Mohammad Rafi, Meena Kumari and Naushad Ali. Bharat Bhooshan played the role of a musician who challenges the legendary singer Tansen to a musical duel in order to avenge his father’s death. He won plaudits for successfully translating the character’s pathos, despair and angst onscreen, powerfully showcasing his acting prowess. The film marked the start of his most successful professional decade as an actor, during which he acted in a slew of hits such as Shri Chaitanya Mahaprabhu (1954) for which he won a Filmfare award, and Barsaat Ki Raat (1960), in which he was paired opposite Madhubala. Incidentally, he also co-wrote this film, a love story nestled between qawwali and ghazals.

Even as his career as an actor reaped rich rewards, his entry into film production with his brother Ramesh Chandra with the film Dooj Ka Chand (1964) was met by enormous monetary loss. Thus, despite being one of the richest actors in the Hindi film industry, he soon went bankrupt with the failure of his production company. Unable to compete with younger rising stars like Rajesh Khanna and Dharmendra, merely 9 years after he had played the lead in Barsaat Ki Raat, Bharat Bhooshan was compelled to play Shashi Kapoor’s father in Pyar Ka Mausam (1969). With the downswing continuing in the 1970s, he had no choice but take up minor roles in order to sustain himself. Forced to sell off most of his property, including bungalows in Pune and Bombay and his fancy cars, he lived a reclusive life, barring a few appearances on the screen in minor roles. In deep financial trouble, he suffered an exceedingly lean phase, even as producers hesitated to offer this once-hero, character actor roles. It was Nasir Husain who played saviour, so to speak, casting Bhooshanin Pyar Ka Mausam. Reduced to playing minor roles in the 1990s, in films such as Humshakal and Pyar Ka Devta, he candidly admitted that he did miss the luxuries of life. He surmised, ‘Life has its ups and downs. All you need to survive the odds is patience and self-respect.’

Interestingly, even though Bharat Bhooshan did play the urbane, city-slicker leading man occasionally, his image onscreen remained that of a poet and a saint. By his own admission, people would be shocked to see him smoke a cigarette or sip a beer. Famous for playing out-of-luck poets and suffering musicians in his films, he was considered the ideal choice to portray historical and mythological characters. As one of the few actors who possessed a good sense of music, most music-based films in the 50s and 60s featured him in the lead. He had worked with several key actresses of his time including Geeta Bali (Suhaag Raat, 1948), Nargis (Saagar, 1951) and Madhubala (Phagun, 1958). He also wrote the scripts and stories for Barsat Ki Raat(1960), Nai Umar Ki Nai Fasal(1966), Basant Bahar (1956), and Dooj Ka Chand (1964).

Bhooshan had married Sarla, daughter of Raibahadur Budha Prakash, hailing from a prominent family in Meerut. The couple had two daughters, Anuradha and Aparajitha, who went on to act in films and television. After his wife passed away due to labour complications after delivering their second child in the early 1960s, Bhooshan married his Barsaat Ki Raat co-star Ratna in 1967.

Continuing to act in films until the 1990s, Bharat Bhooshan passed away on 27 January, 1992 at the age of 72. His trials and tribulations notwithstanding, he remains one of the greatest stars of Hindi cinema. 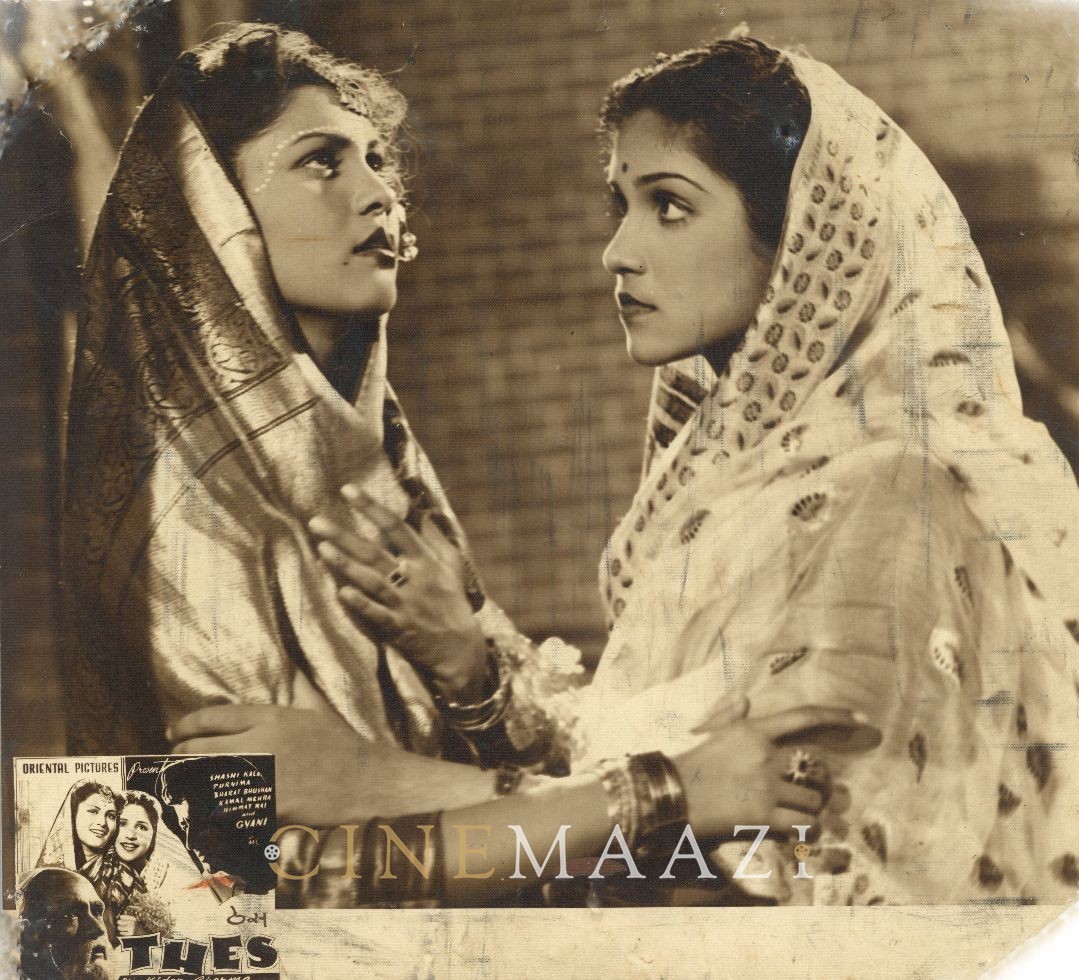 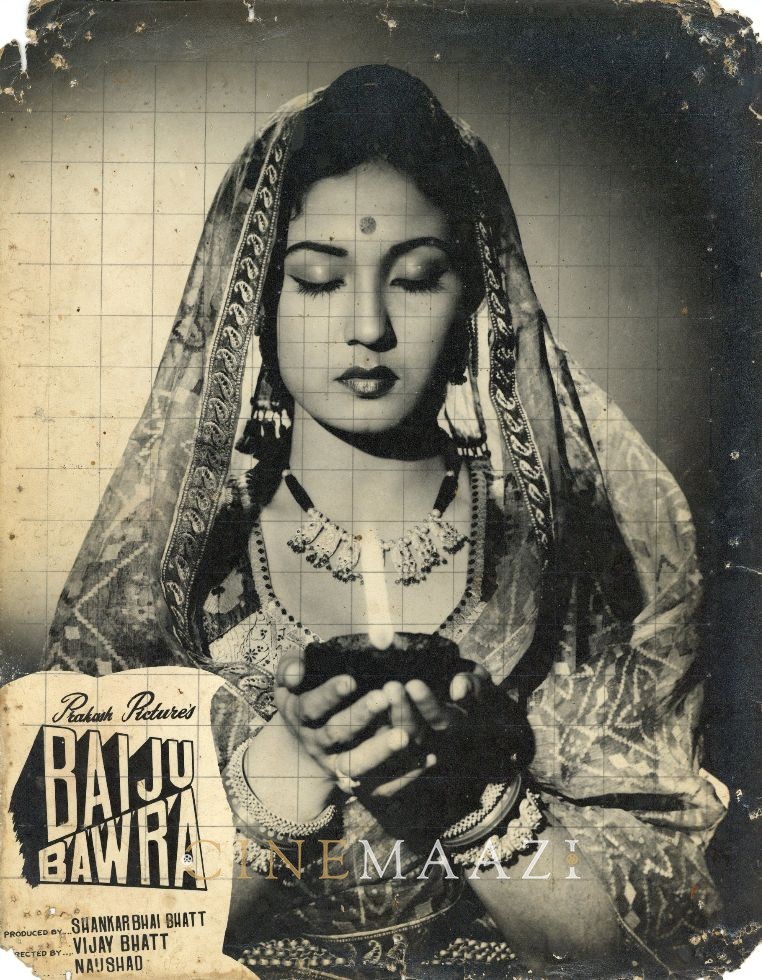 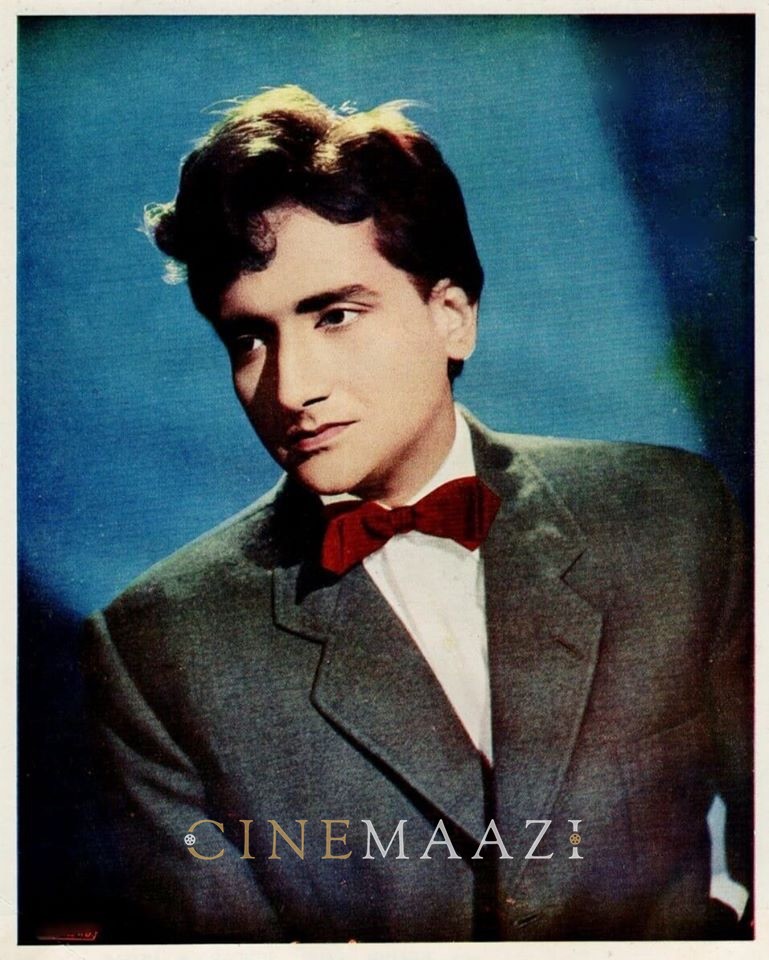 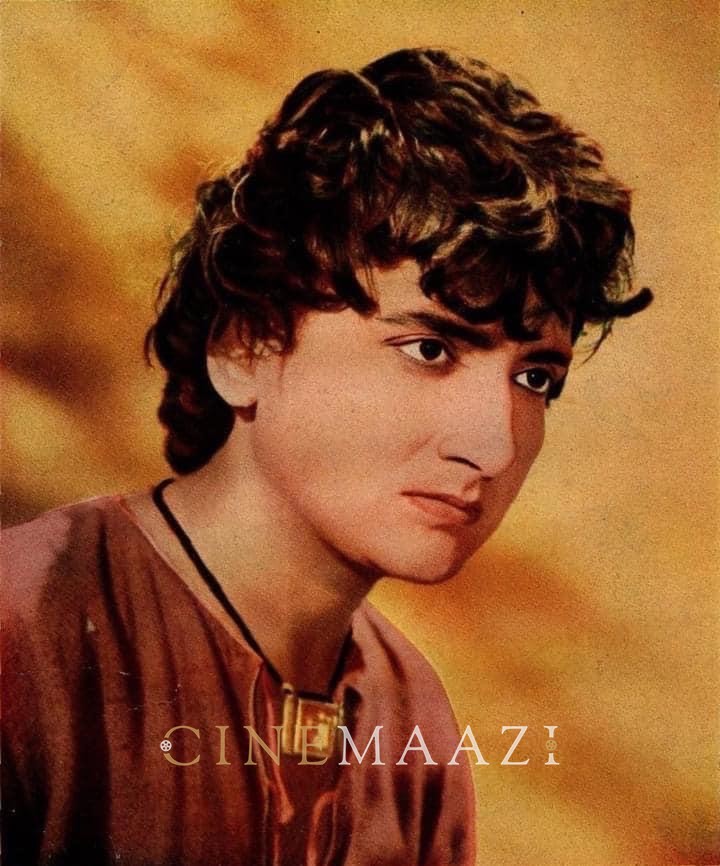 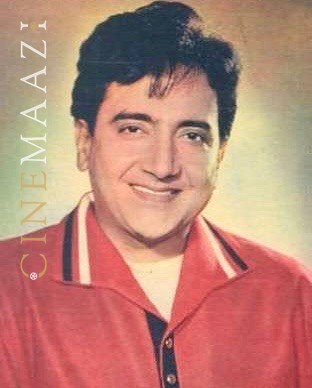