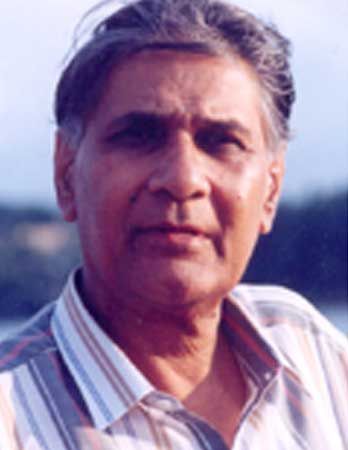 Well-known author, and film and TV director as well as writer of screenplay and dialogues, Ved Rahi’s contribution to films and literature is significant. He is known for films such as Yeh Raat Phir Na Aaygi (1966), Paraya Dhan (1971), Prem Parvat (1973), Charas (1976), Veer Savarkar (2001), and the teleserials Zindagi (1987) and Rishte (1994). He has penned stories, screenplays, and dialogues for 25 Hindi feature films, and also directed five films. In addition, he has also scripted and directed numerous documentaries, teleserial and short films. Gul Gulshan Gulfam is one of his most popular TV serials. In 1983, his Dogri collection of short stories, Aale was awarded by the Sahitya Akademi, which also made a documentary film on his life and contribution to literature. He has also been honoured with the Maharashtra Gaurav by the Government of Maharashtra, the prestigious Maha Pandit Rahul Sankritayayan award by the Kendriya Hindi Sansthan, the Lifetime Achievement Award by the Government of Jammu and Kashmir, and the Kusumagraj National Award for Literature.

Born in Jammu on 22 May, 1933, Ved Rahi’s father, Lala Mulk Raj Saraf, had the distinction of starting the first ever newspaper in the princely state of Jammu and Kashmir in 1924. Inspired by the family environment, Ved Rahi began writing in Urdu early in life. Later, he took to writing in Dogri and Hindi as well. He worked in the Jammu and Kashmir state information department as editor of YOJANA— a monthly magazine. He was also associated with a radio station in Jammu. Later he started writing stories and poems, which won acclaim.

Shifting to Bombay in the later years of his life, he went on to pen scripts, screenplays, and dialogues for films. He made his directorial debut with Darar (1972). Other films he directed were Nadaniyan (1984) and Veer Savarkar (2001). Veer Savarkar is a biopic based on the life of Indian revolutionary Vinayak Damodar Savakar. The film, which was largely crowd-funded, enjoyed a silver jubilee run at Plaza cinema, Mumbai and Pune's Prabhat cinema. It was also accorded tax-free status by the Government of Goa. Ved Rahi also produced a film titled Kali Ghata (1980) starring Shashi Kapoor and Rekha, and penned the dialogues for Bezubaan (1982). In Charas (1976) and Paraya Dhan (1971) he worked as a story writer.

Besides films, Ved Rahi also worked in television. He directed the Doordarshan show Gul Gulshan Gulfaam, and the serials Rishte, Zindagi, Ehsaas, and an episode of Katha Sagar. He was also a member of film writers’ association, Central Board of Film Certification.

His literary works include Garbh Joon (Novel), Lal Ded (Novel) based on the life of the Kashmir saint poet of the same name, and Ik Journalist di Aatamkatha - Mulk Raj Saraf (Biography). His novel Soch is based on his wide range of experiences in literature, culture and filmdom. His works contain morals and values basic to human life. A renowned Dogri writer, his book Battotar is a collection of Dogri poetry. His novel Andhi Surang and stories Kaun mera kaun mar jaayega are based on Kashmir. His main intention was to display the innocence of youth who, at times, are misled in the name of religion. His novel Cross Firing is based on human relations in times of militancy, where killing and caring are two sides of the same coin. The book portrays faith in human values. While he was awarded State writer award in Dogri language by Jammu and Kashmir, he also won the coveted Sahitya Akademi Award, as well as the Maharashtra Gaurav Award, the Mahapandit Rahul Sanskritayan award for research in Hindi and travelogues, and the Kusumagraj National Award for Literature. 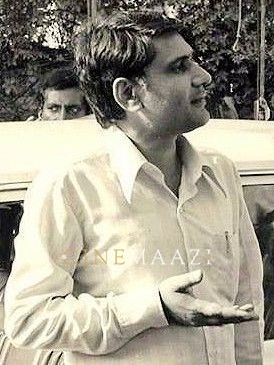