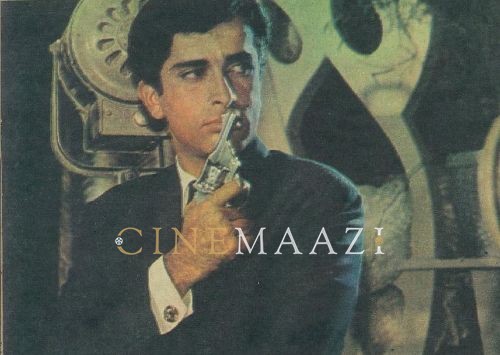 The enigmatic and ever charming actor of Indian cinema, Shashi Kapoor was considered as the epitome of grace and an era in himself altogether. Starring in around 160 Indian and Foreign films in a three decade long career, he left an indelible mark for himself in the history of cinema.

Born to the eminent director, actor and thespian Prithviraj Kapoor, on 18th March in 1938, he was the youngest one of his two brothers Raj Kapoor and Shammi Kapoor, the legends in their own right. Born as Balbir Raj Kapoor in Calcutta then Bengal Presidency, he shifted to Bombay soon after his birth, from where he did his primary schooling at Don Bosco School, Matunga Mumbai. His introduction to cinema and theatre came early in life as Prithvi Theatres was established six years after his birth. He played the role of Bharat in the company’s first production, Shakuntala. Instantly drawn towards the craft he started working regularly in Prithvi Theatres productions and quit school at the age of fifteen to work in theatre full-time. He worked there from 1953-1960, during the period in which he learnt the most basic things about a theatre production from lights to sound to everything that went on backstage, the kind of training which later helped him a lot in making his mark in cinema as a brilliant actor that he was.

In the meanwhile he also worked as a child actor in films mainly cast as the younger version of his brother Raj Kapoor, namely in films like Aag (1948) and Awaara (1951). In Sangram (1950) he was cast to play Ashok Kumar’s younger version. Shashi worked as a child artist in around four films before making his debut as a leading man in the 1961 film Dharmaputra directed by Yash Chopra. In the subsequent year he went on to star in films like Prem Patra (1962) and Mehendi Lagi Haath Mein (1962).

In 1963, Kapoor starred in his first English film The Householder, which was also interestingly the first Merchant-Ivory Production film written by Ruth Parwer Jhabavala. This was to be the start of a long-lasting collaboration between Shashi Kapoor and Merchant Ivory as he went on to work in most of their Indian production films. A few of his other notable collaboration with the Ismail Merchant-James Ivory-Ruth Jhabavala trio were Shakespeare Wallah (1965), Bombay Talkie (1970) and Heat and Dust (1983). He was one of the first actors of Hindi cinema to work extensively in English films as well and make an indelible mark for him there. His notable appearances were those in films like Pretty Polly (1967) directed by Guy Green, Siddhartha (1972) directed by Conrad Rooks, Sammy and Rosie Get Laid (1987) directed by Stephen Frears, The Deceivers (1988) directed by Nicholas Meyer, In Custody (1993) directed by Ismail Merchant and Side Streets (1998) directed by Tony Gerber.

His breakthrough in Hindi cinema came with the 1965 film Jab Jab Phool Khile, a love story set in the backdrops of Kashmir, tackling the themes of class boundaries became hugely popular for its songs such as Pardesiyon se na akhiyan milana, Ek tha gul aur ek thi bulbul sung by Mohammad Rafi, Na na karte pyaar a Rafi-Suman Kalyanpur duet and Ye samaa samaa hai pyaar ka sung by Lata Mangeshkar. The film also garnered him the BFJA award for Best Actor. His pairing with Nanda was hugely appreciated by the audiences with both of them becoming overnight sensations. The two collaborated with each other in almost eight  films together throughout the 1960s namely Mohabbat Isko Kehte Hain (1965) directed by Akhtar MIrza, Neend Humari Khwaab Tumhare (1965) by Shiv Sahni, Juari (1968) and Raja Sahab (1969) directed by Suraj Prakash and Rootha Na Karo (1970) directed by Sunder Dhar.

By the late 60s, the actor had cemented his place as the leading man of Hindi cinema, displaying his charm and grace in a varied of roles delivering box-office hits. Pyar Ka Mausam opposite Asha Parekh and Haseena Maan Jayegi opposite Babita both released in 1968 and were huge successes. The latter had him play a double role along with an amazing soundtrack by Kalyanji Anandji that included chartbusters like Chale the saath milkar, Suno Suno and the incredibly romantic Bekhudi mein sanam.

The 1970s were a significant decade in Shashi Kapoor’s career giving classic hits like Sharmeelee (1971), Manmohan Desai’s Aa Gale Lag Jaa (1973) along with Sharmila Tagore, Chor Machaye Shor and Roti Kapdaa Aur Makaan (1975). The second half of the 70s marked his legendary collaboration with Yash Chopra and Amitabh Bachchan. He and Bachchan would go on to star in some of the biggest blockbusters of the Angry Young Man era becoming the most successful actor duo in the history of Hindi cinema. They acted in around fourteen films together, namely Deewar (1975), Kabhie Kabhie (1976), Imaan Dharam (1977), Trishul (1978), Kaala Patthar (1979), Suhaag (1979), Do Aur Do Paanch (1980), Shaan (1980), Silsila (1981), and Namak Halaal (1982). With his handsome looks and exuberant charm playing the warm-hearted positive characters as opposed to the subdued brooding roles played by Bachchan.

Deewar however remains their most famous collaboration with Shashi Kapoor playing the rule-abiding cop Ravi opposed to the wronged and revenge seeking elder brother Vijay played by Bachchan. His dialogue “Mere paas maa hai” has become a talk of folklore finding an iconic status in itself. Running for almost a hundred weeks at the box office the film went on to become one of the biggest hits ever of Hindi cinema.

Success in solo films had become comparatively lesser during the late 70s and Shashi Kapoor went on to act in more multi-starrers but still his appeal hadn’t lessened even a bit. Films such as Satyam Shivam Sundaram (1978) and Vijeta (1982) reestablished his ability to hold a film on his own. Even in the flop films such as Junoon (1978) and Kalyug (1981), both directed by Shyam Benegal, he proved his acting proves once again.

A perfect specimen of the mix between art-house and commercial cinema, he excelled at both never overshadowing one against the other, something that he had learnt through his extensive experience in theatre for years. It was also during his days at Prithvi Theatres that he met and fell in love with his wife, British actress Jennifer Kendall who was also a part of her family’s theatre group Shakespearnama, which was touring India. The two got married in 1958, a union that lasted until her death in 1984. Kapoor reduced his works in films by the late 80s appearing in a few films like New Delhi Times (1986), The Deceivers (1988), Side Streets (1998) and Dirty British Boys (1999). He even directed one film in his career, Ajooba (1991), starring Amitabh Bachchan, Rishi Kapoor and Dimple Kapadia.

A winner of numerous accolades he was conferred the National Film Award thrice, two times as an actor and once as a producer. In 2015 he was also conferred with the Dada Saheb Phalke Award as well the Padma Bhushan in 2011. He was also awarded the BFJA twice for Jab Jab Phool Khile in 1965 and New Delhi Times in 1988. Touted as one of the most handsome actors ever by many of his female fans, Kapoor held his own till the end of his career in cinema and created a legacy even after hailing from a family of numerous stalwarts of Indian cinema.

He passed away on 4th December 2017 after battling with long disease for a long time.

Shashi Kapoor: The Householder, the Star 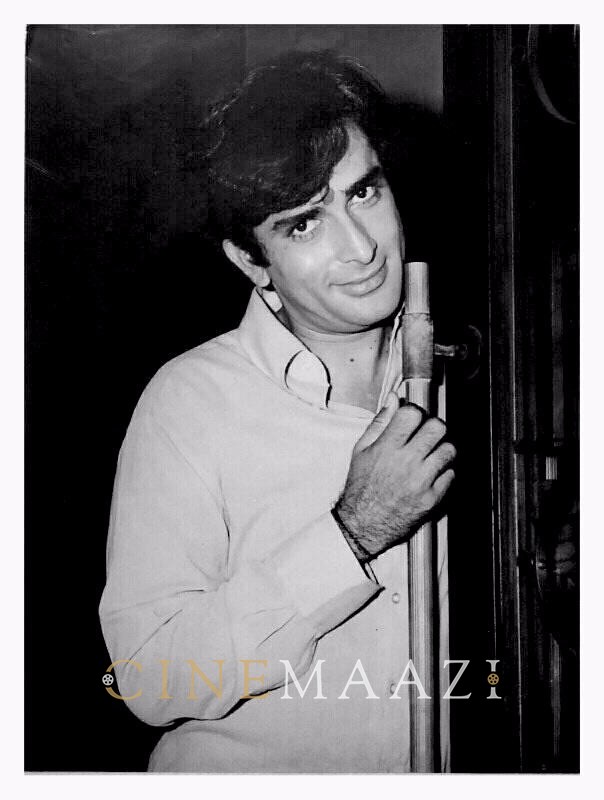 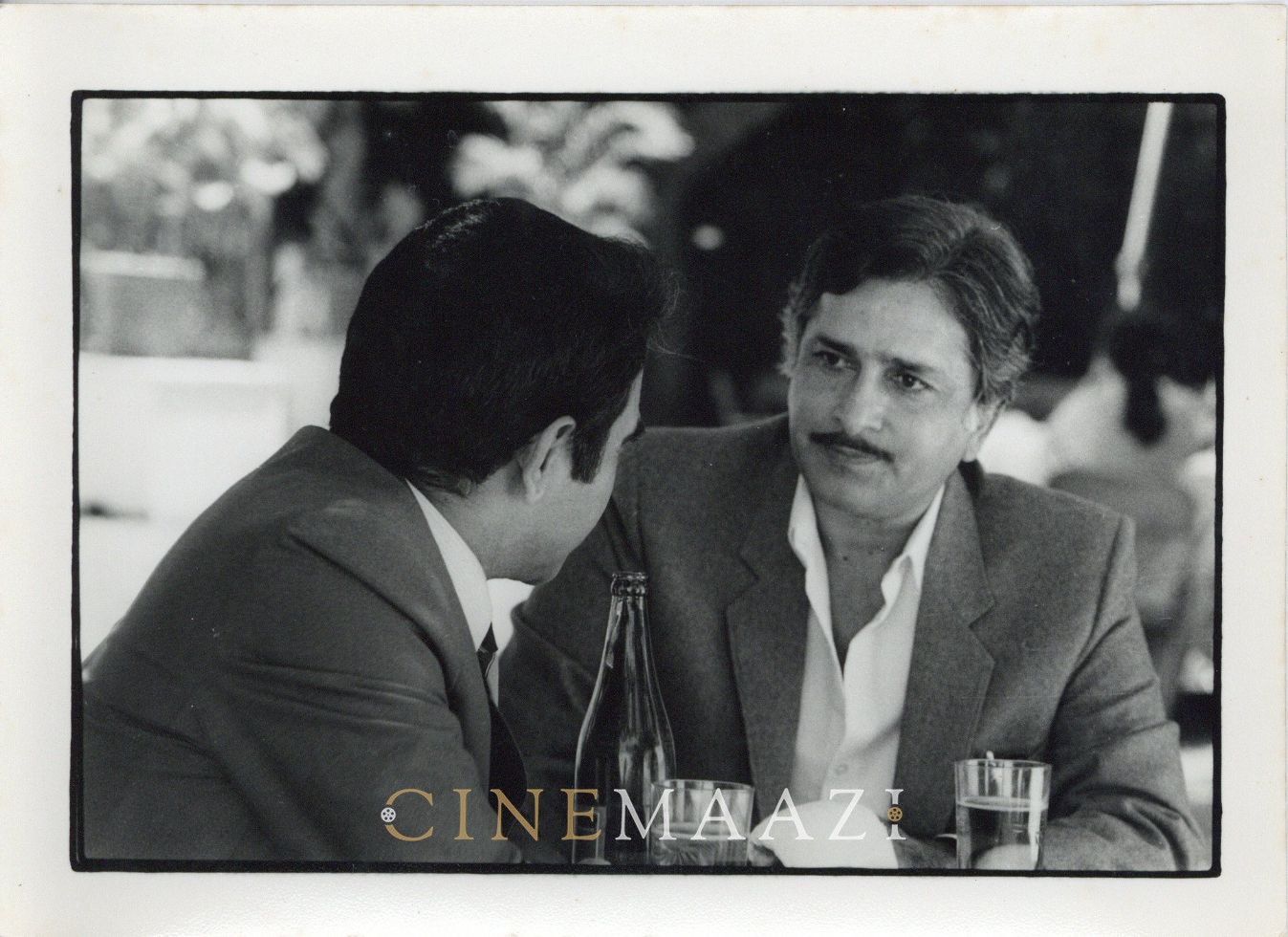 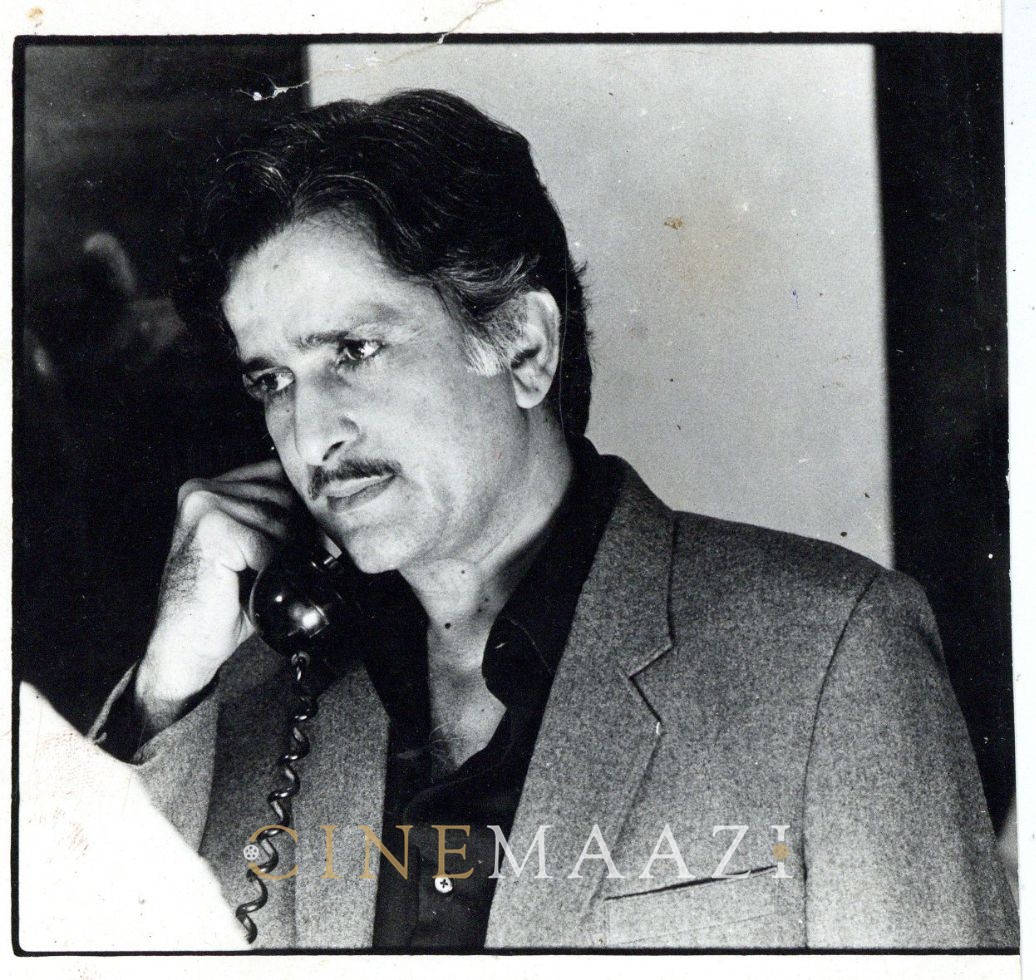 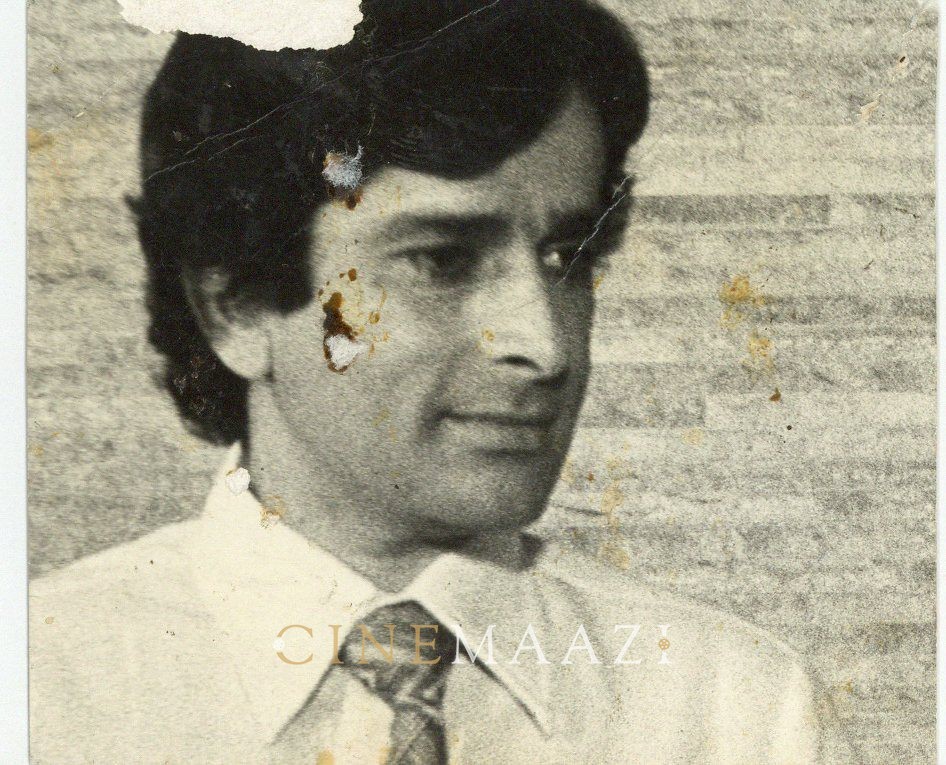 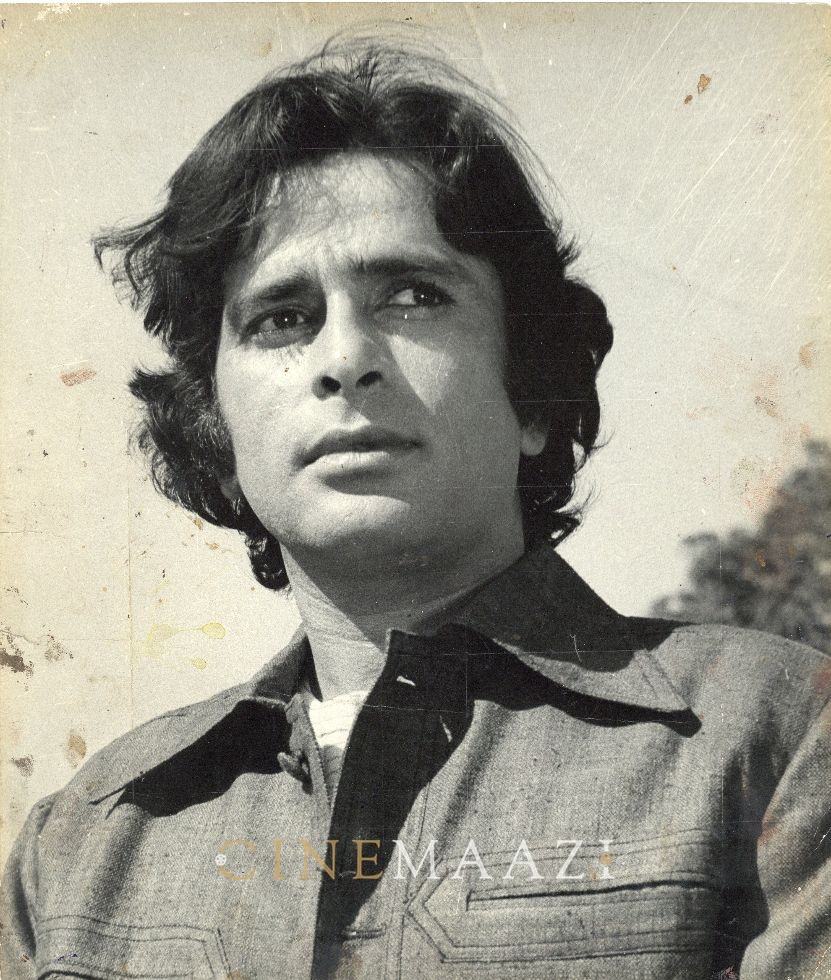 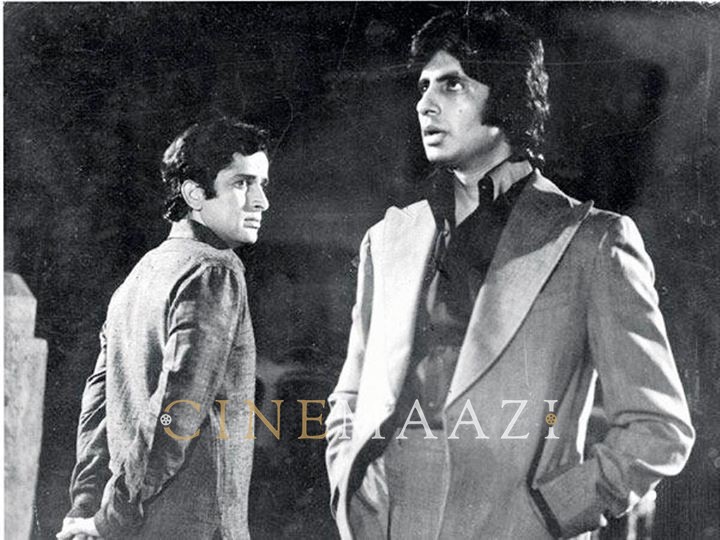