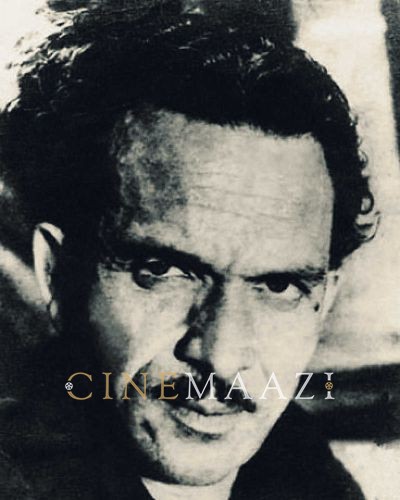 Wajahat Mirza Changezi was born on 20th April 1908 in Sitapur, a small town 89 km from Lucknow in Uttar Pradesh. Born into a zamindar family of Lucknow, Wajahat Mirza broke the family tradition by agreeing to serve others for a living. Mirza, whose first vocation was photography, would have been a great cameraman if it had not been for the circumstances that made him a writer.

On the pretext of pursuing higher studies, he came to Calcutta and joined the film industry as an assistant cameraman to Krishna Gopal. He had met Krishna Gopal in Lucknow while studying at Government Jubilee Inter College. Later he worked with Debaki Bose as his assistant.

It was only during the outdoor shooting of Shadows of the Dead at Lucknow that Wajahat’s family came to know that he was working in films.

In 1933, Wajahat Mirza came to Bombay and began writing for films. He wrote many successful films including Aurat (1940), Roti (1942), and Sister (1941). Mirza became a regular part of filmmaker Mehboob Khan’s films and wrote for Mehboob Khan’s productions from Watan (1938) to Sister/Behen (1941). His dialogues in Aurat (1940) were appreciated by audiences and acclaimed by critics. When Khan remade Aurat as Mother India (1957), he turned to Mirza once again for the dialogues. Mother India became the first Indian film to receive an Oscar nomination for Best Foreign Language Film. Italy’s The Nights of Cabiria (1957) won by just one vote. It is also known that, on the suggestion of Wajahat Mirza, Mehboob Khan offered Kanhaiyalal the role of the wicked moneylender Sukhilala in his Aurat (1940) and later in the huge classic Mother India (1957).

While directing Jai Mala, a production that was shelved, he was assigned to join the team of dialogue writers working on Mughal-e-Azam (1960). Along with the three other dialogue writers of the film, he won the Filmfare award for Best Dialogue in 1961. He shared the award for Mughal-e-Azam with Kamal Amrohi, Ehsan Rizvi, and Aman. As the award was shared by four writers, it is hard to tell who wrote which dialogue for each scene in Mughal-e-Azam. Such was the power of Wajahat Mirza’s pen, however, that he could write for the court of a Mughal emperor as well as conflicts between two brothers in rural India with astonishing ease.

Wajahat Mirza is also credited with setting a new trend in film writing with his satirical style. It is his skill of writing stories, screenplay, and dialogues that caught the attention of the film industry. Mirza used colloquial and natural, real language. Without getting into a rhetorical or theatrical mode, he created such an effect, which is not easy for any writer. With his use of Awadhi, a robust and earthy dialect of Hindi, in the dialogue of Ganga Jamuna (1961), Wajahat Mirza set another trend. His crisp fluent style delighted cine-goers, winning him his second Filmfare award for Best Dialogue, for Ganga Jamuna in 1962.

Mirza was married to Shamsunissa with whom he had two children, a boy, and a girl. He also had three younger brothers, Asghar, Mehdi, and Murtaza. Murtaza moved to Pakistan as a young man and joined the Pakistani film industry.

Mirza remains one of the many unsung heroes of the Hindi cinema. Not many people know of Mirza's contribution to classics like Mother India, Mughal-e-Azam and Ganga Jamuna.