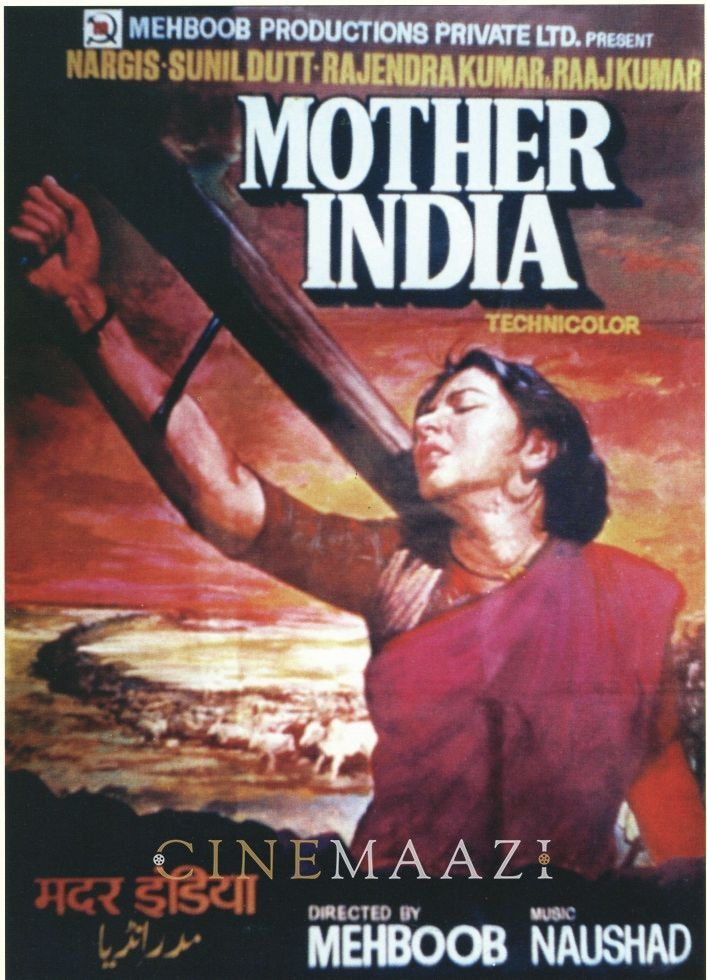 Many of you have seen and appreciated ‘Mother India’ cannot fail to marvel at the genius of its creator, Mehboob Khan. How many of you know that he has risen to great heights as a movie magnate from the dire depths of poverty and hunger? His story of success, if filmed, will, I am sure, make an interesting movie. From an innocent, ignorant and illiterate villager to international fame is a far cry. With the unique success of Mother India (1957) and with bright prospects of its exhibition abroad, Mehboob has achieved immortal glory and fame not only for himself but for the entire Indian motion picture industry.

Recalling his past, Mehboob said, in the course of an interesting conversation with me the other day, “My story is a story of struggle and hard work. If you work hard with sincerity, you are bound to succeed. To me, life has been my school and experience my mother. I come of humble parentage. Kashipura, a small village in the former Baroda State, is my birth State, is my birthplace. I was born as the second son of the family in 1909. My father was a petty official in the police and military fore attached to the State. As a toddler, I was a dreamer and when I grew up my parents sent me to school. But I dreamed of films and so before I could learn a bit of Gujarati and Urdu, I was overwhelmed by a strong desire to join the movies.”


Mehboob scraped some money and ran away from his school and home and arrived in Bombay in 1927 with only Rs. 3 in his pocket. His passion for film art took him to the gates of the Imperial Film Company. Admission to the studio was almost impossible. But Mehboob was resourceful. He knew a railway official, who had influence with Khan Bahadur Ardeshir Irani, the boss of the studio, and so with his help, managed to secure an interview with the latter.

Looking at young Mehboob, Ardeshir Irani sarcastically remarked, “Another moonstruck lad! Why don’t you go back and do some honest work on your father’s farm?” Mehboob reacted quite calmly. Impressed, however, with his adventurous and dashing spirit, Ardeshir engaged him as an “extra” but forgot to name the salary. The studio cashier refused to recognize him as an employee. Mehboob somehow managed to live with a poor friend, sharing his bread, and in the nights, sought shelter in a railway station. He attended the studio regularly and pined to act. At last, a kind-hearted director decided to cast him in Ali Baba and Forty Thieves (1940). The director put him inside a big jar throughout the picture without ever giving him a chance to peep out at the camera!


For three years, Mehboob worked in bit roles and none, not even the studio officials, took notice of him. One day, when he was working in a movie called Mewad-no-Mawali (1930), he was asked to ride a horse, come rushing towards the camera, stop dead and then ride away. The wild and well-fed horse of the Maharaja of the Jaipur never expected a raw village lad from Kashipura on its back. The horse resented the insult as Mehboob somehow persuaded it to rush towards the camera and rear up for a second. But the next second, the royal horse bolted with the village lad clinging to it for dear life. The camera beautifully captured the scene and when Ardeshir Irani saw the ‘rushes’, he was so impressed with Mehboob that he at once increased his salary to Rs. 10. That was the first time Mehboob got recognized in his life. After working as an “extra” in dozens of films (silent and talkies), Mehboob began to write his first story. His bosses gave him 71 appointments to hear the story. But didn’t keep one! At the seventy-second appointment, Mehboob however, succeeded in getting his boss Dr. Ambalal Patel interested. And when his story got approved, he seized the golden opportunity of directing the picture himself. That was Judgement of Allah (1935). His maiden directorial venture, made in 1934 for Safar Movietone, proved to be a hit and that placed him firmly on the road to the success. He then went on to make Deccan Queen (1936), Manmohan (1936), Jagirdar (1937), Watan (1938), Ek Hi Rasta (1939), and Alibaba and Forty Thieves. Mehboob then joined National Studios and made such memorable pictures like Aurat (1940), Sister (1941) and Roti (1942).

Cinemaazi thanks Sudarshan Talwar for sharing this rare interview published in Bombay Cinema Letter. It was conducted by T M Ramachandran in 1957
The images of films used are from Cinemaazi archive and were not part of the original article.
618 views