Marathi Films In The Late 1980s: The Situation Is Disturbing 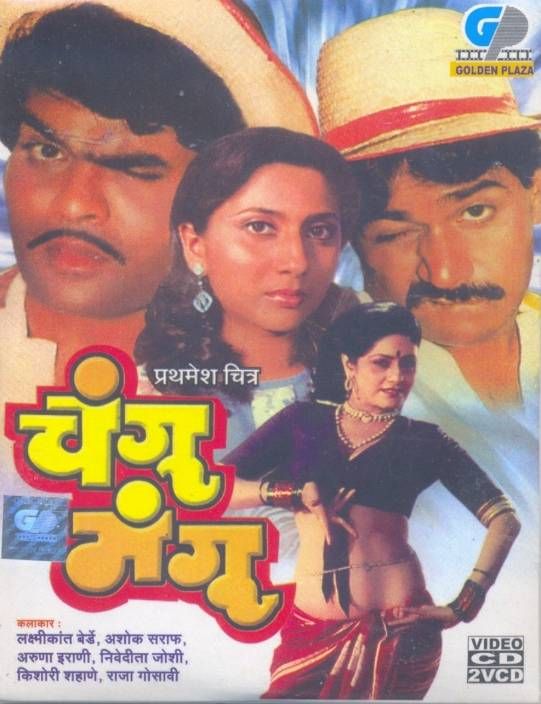 Ask any Marathi film-goer his opinion about the present-day Marathi films. Either he will pooh-pooh or he will see straight into your eyes and say that they are very bad. If he happens to be old enough and had seen earlier Marathi films produced by Prabhat, Mangal Chitra, Master Vinayak, Raja Paranjpe, Raja Thakur, Datta Dharmadhikari and others, he will talk nostalgically about them and finally, with a sad note, decry the present trend of Marathi film production as not having true Marathiness about it. He is absolutely right. Present-day Marathi films are not really Marathi. They do not present Marathi culture, traditions or customs. They are crude copies of old and present Hindi hits. There was a time, when stories of hit Marathi films were purchased avidly to be re-made in Hindi. Now the situation has been reversed. Old Hindi hits are made into Marathi films.

There is no dearth of good stories in Marathi. Marathi literature and theatre show progressive trends, while Marathi films lag behind. One of the reasons for the down-fall of Marathi Cinema is due to the State Government's policy of giving grants to the tune of Rs.8 lakhs per picture on the basis of entertainment tax collected. The main idea behind this, according to the Government of Maharashtra is to promote production of better Marathi films, both thematically and technically, but the scheme is being misused to churn out sub-standard productions in every respect, just to get the benefit of the government grant. That is why there is a spurt in the production of meaningless films.

In the year 1987, 27 Marathi films were censored. Out of these, 8 films were released only this year. A few were released last year, but quite a few are yet to see the light of day. Gammat Jammat and De Danadan were released last year (1987) and were successful in completing silver jubilees. Dada Kondke's Muka Ghya Muka was released in 1987 and was expected to run for a silver jubilee, like his earlier eight films, but it flopped miserably and so Dada Kondke was not anywhere in the picture during 1988.

During the first nine months of 1988, nearly about 20 Marathi films were released in Maharasthra, a few in Bombay and Pune, but others were released in places like Sangli and Kolhapur, since theatres were not available in Pune and Bombay. Sangli and Kolhapur are coming up as two major centres for release of Marathi films. Out of 20 films released in 1988, Khatyal Sasu Nathal Sun, Chal Re Laxya Mumbaila and Changu Mangu did fairly good business, while the others did average to below-average business. Changu Mangu is a carbon copy of the old Hindi film Do Phool (Two Flowers, 1973) whereas Chad Re Laxya Mumbaila is a clear lift from a famous American film. Both are comedies. At present, there is a trend of comedies in Marathi. Once the picture of a particular style and trend becomes a hit, then everyone follows the same pattern till it is rejected by the filmgoers. Dada Kondke started this trend of comedies, with double entendres-one straight forward and the other smutty. This is now followed by others. Aping the box-office hits is the present creed of Marathi producers.

Production of Marathi films in the year 1988 will probably exceed the 27 that were produced last year. Dr. V. Shantaram, the veteran, has recently produced a Marathi film called Ashi Hi Banawa Banvi (1988), under Dr. V. Shantaram Productions' "Youth Wing". It is directed by Sachin and have four heroes and four heroines. It is a slapstick kind of comedy, with good production values in the context of Marathi Cinema. It is a tale of four youths in search of accommodation. Since bachelors are looked down upon by landlords the bachelors have to pretend as married persons. So, two of them change to female costumes and behave as if married to the other two. There is nothing new in this theme. Shantaram's grandson, Sushant Ray, is one of the four heroes along with Sachin, Ashok Saraf and Laxmikant Berde. Shantaram is a legendary name in Indian Cinema and the great filmmaker has always regarded cinema as something more than entertainment. It is sad that he has produced a purposeless, boisterous comedy when the filmgoer's expectation from him is always something different.

Another comedy film, Majjach Majja produced by Kishore Miskin was also released at the same time that Ashi Hi Banwa Banvi was released. This also has Lakshmikant Berde in it. This film too is also below average in every respect. It has already flopped at the box-office. Very shortly, two more films are due for release. They are Gholat Ghol (1988) and Rangat Sangat. Ad-film producer turned feature film director, Girish Ghanekar, has directed Rangat Sangat. Girish Ghanekar has three films to his credit — all of them award-winners! (They are Gosht Dhamal Namyachi (1984), Hech Maze Maher* (1984) and Prem Karuya Khullam Khulla.) He is also directing another film called Rajane Wajavila Baja (1989) for producer Manohar Randive.

This is also slated for an early release. Production wise and release wise, the year 1988 will supersede 1987, but content wise, the state of Marathi films is at a standstill. As pointed out earlier, the production spurt in Marathi films is mainly to cash in on the benefit of a grant from the Maharashtra Government. It is high time that the State Government reconsiders the scheme in such a way that Marathi films can achieve high standards of production, both thematically and technically it is sad to note that, in spite of about 30 films being produced every year, not a single film gets selected for the "Indian Panorama" or gets recommended to participate in film festivals. There is an acute shortage of dedicated film producers.

During the last few years, the economics of film production has considerably changed. It has become very difficult for a new film-maker to venture out to make a purposeful film, especially in the regional languages. The Government of Maharastra has the Maharasthra Film, State & Cultural Development Corporation, which runs the Film City on a commercial basis. Through this Corporation, the Government can help new talent for the production of good Marathi films, which can enter competitive festivals. The Maharashtra Government should be more critical while announcing the State Film Awards. This is an important factor as it would encourage better Marathi cinema. If the films are not worthy and up to the mark, the Government should withhold the awards.

* The film Hech Mazha Maher (1984) was directed by Rajdutt and not by Girish Ghankar as the article suggests.

This article was originally published in the Indian Cinema's 1984 issue. The images in the feature are taken from the original article and the internet.
789 views