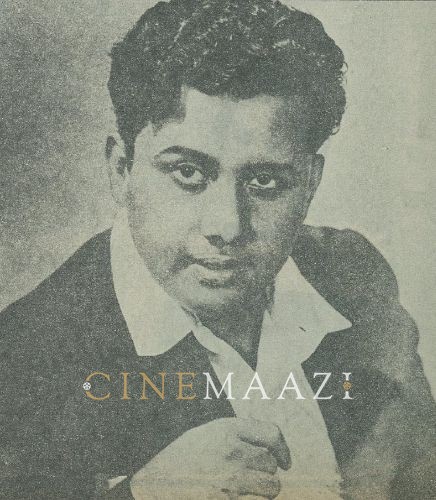 Popularly known as Master Vinayak, Vinayak Damodar Karnataki was born on 19 January 1906 in Kolhapur, Maharashtra. He nursed a passion for acting as a college student, but could not pursue it as a career at the time. Though his talent caught the eye of the theatre playwright Mama Varerkar, who persuaded him to join a theatre company, he could not follow through on the offer. He took on a job as a teacher, a profession that inculcated in him the belief that knowledge is to be shared, a tenet that defined his trajectory as a filmmaker.

Vinayak was related to V. Shantaram and Bhalji Pendharkar. These three families had a strange relationship. Bhalji Pendharkar was the son of Dr. Gopal Pendharkar, the royal physician of Shahu Maharaj of Kolhapur state and his partner Radhabai. Dr. Gopal was already married to a another woman. This couple gave birth to Bhalji Pendharkar and Baburao Pendharkar. Their mother, Radhabai left Dr. Gopal and married Damodar Karnataki. They had two sons, Master Vinayak and Vasudev, who became a cameraman. Kamalabai, the younger sister of Radhabai, married Rajaram Vankudre and the couple had two sons, director V. Shantaram and cinematographer V Awadhoot. While his cousins, half brother and his own brother were working in the films, Vinayak was still working as a teacher. But Bhalji Pendharkar brought him into films.

In 1932, Master Vinayak finally made his debut with V. Shantaram’s Agnikankan. He went on to play a few more memorable characters like Narad in Ayodhyecha Raja (1932) and Goraknath in Maya Machhindra (1932). He also acted in Sinhagad (1933) and Sairandhri (1933). In 1935, Master Vinayak made his directorial debut with Vilasi Ishwar, written by Varekara. The film introduced the actress Shobhana Samarth, but it failed at the box office.

Along with Baburao Pendharkar and the cinematographer Pandurang Naik, Master Vinayak formed Huns Pictures. Under this banner, he made Chhaya (1936), a massive hit at the box office. The story for the film was written by V.S. Khandekar. He continued his work with films like Dharamveer (1937) and Paramveer (1937), both of which were entertaining and well-received. Ashalata Biswas was the actress in both the films. Both films were written by Acharya P.K. Atre. Paramveer, a comedy, was the first Marathi film with a playback singer. Master Vinayak voiced Raja ji ki bagh mein along with Sardar Bai for the film. Unfortunately, his next film under the Huns banner, Jwala (1938), with Chandramohan, did not do well at the box office.

Vinayak fell back on comedy and made Brahmachari (1938) and Brandi Ki Botal (1939). Both were successful, but the loss due to Jwala was too big. Even one more comedy, Ghar Ki Rani (1940) could not salvage the damage and Huns Pictures was dissolved to form another company Navyug Chitrapat, with P K Atre as an added partner. Vinayak left Navyug while making of Pahili Mangalagaur (1942).

Master Vinayak later formed Prafulla Pictures in Kolhapur as his own endeavor. His creative sensibilities were demonstrated in the logo of the production house: a child reaching out to a lotus in full bloom, a representation of his own struggles, and consequent growth. Under his new banner, Master Vinayak made Mazhe Bal (1943). Gajabhau (1944), the film is known to have launched the career of the legendary Lata Mangeshkar, was also made under this banner.

While he was a prolific filmmaker and actor, Master Vinayak did not have the best intuition for business. His decision to move his production base to Bombay cost him greatly. Trying to incorporate his ideals along with Hindi cinema’s aesthetic did not work out very well, leading to the failure of films like Badi Maa (1945) and Subhadra (1946) at the box office. His work ethic did not match that of the Hindi cinema industry, and he suffered a drop in finances he could not recover from. As a last resort, he tried to make Mandir (1948), but he could not complete the film. He introduced his daughter Nanda in the film, who later had a very successful career as an actress.

As a filmmaker, Master Vinayak always acknowledged the influence cinema has on society, and he chose to make socials with a message. He also occasionally dabbled in the comedy genre. He was married to Sushila, sister of actress Indira Wadkar and aunt of actress Hunsa Wadkar. They had two children, the actress Nanda and Jayprakash Karnataki, who continued his legacy of filmmaking. Leaving behind his immense contribution to the history of Indian cinema, Master Vinayak passed away on August 19, 1947, in Bombay. 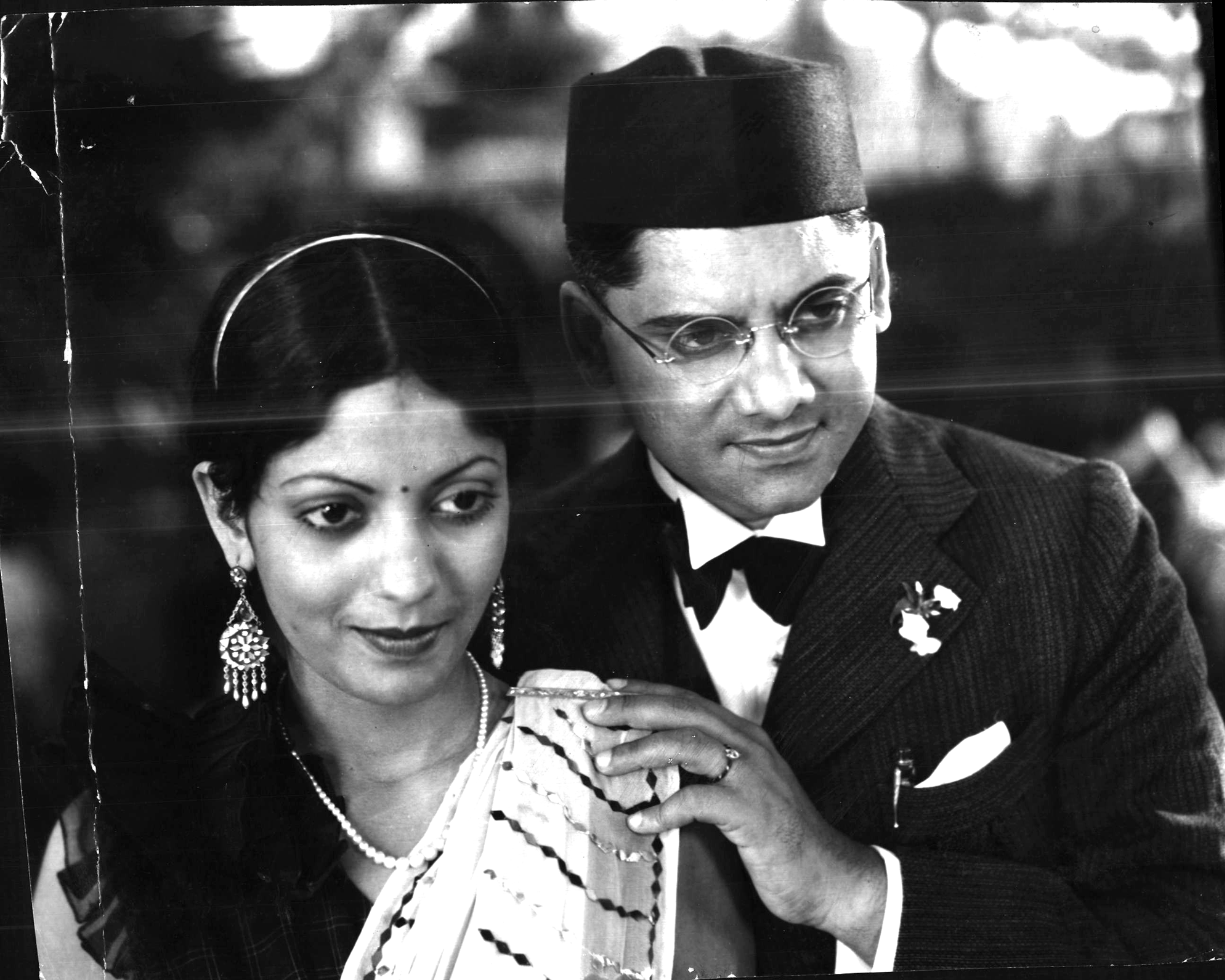 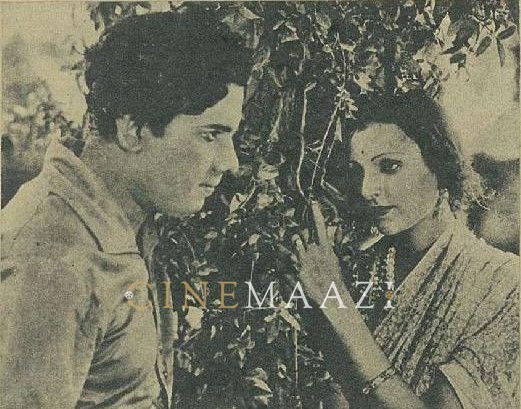 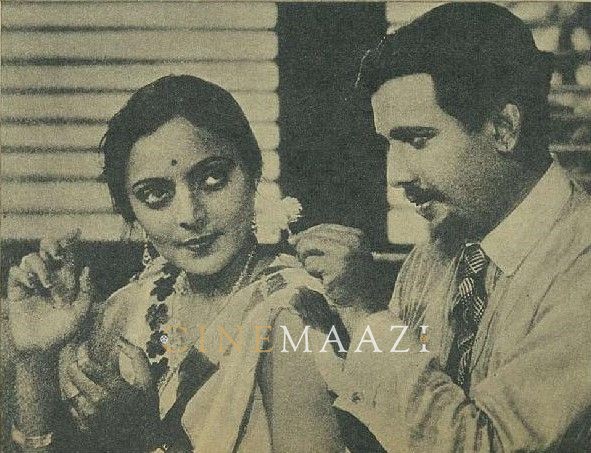 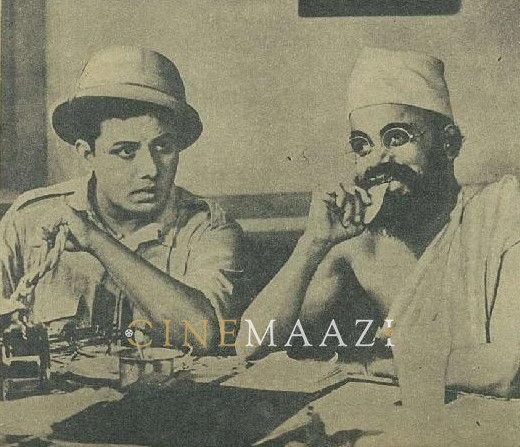 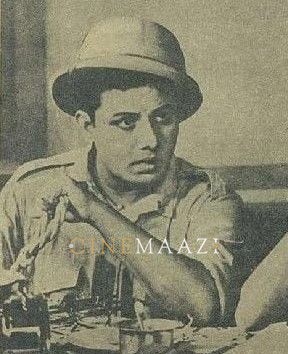