Born into a mill worker’s family in Naigaon, Central Mumbai on 8 August, 1932, on the festival of Gokulashtami, he was named Krishna in honour of the birth of Lord Krishna. His family also owned a grocery shop and chawls in the Morbaug area of the city. His family members were also foreman handling millworkers of Bombay Dyeing. With the Kondke family originally hailing from the village of Ingavali, near Pune, he and his migrant family stayed rooted to their rural antecedents. Taking up work in a local grocery retail chain called Apna Bazaar, Kondke’s mindset was impacted by the demise of close family members, owing to unfortunate events. He became determined to focus more on the lighter side of life and to make people laugh.

Kondke started his career in entertainment with a band, moving on to join theatre as a stage actor. Working for various drama companies, he toured the state, gaining an understanding of the pulse of the local people. His work brought him in contact with personalities from the Marathi stage, such as writer Vasant Sabnis. In time, Kondke established his own theatre company, and approached Sabnis to pen a drama script for him. Sabnis went on to write a modern Marathi language Tamasha or Loknatya (folk play) for Kondke, titled Vichha Majhi Puri Kara. The play was staged at over 1500 shows across Maharashtra. And with it, Dada Kondke can be said to have arrived.

In 1969, Dada Kondke debuted in Marathi films with Bhalji Pendharkar's Tambdi Maati. The film, also featuring Lalita Pawar and Asha Kale, won the National Film Award for Best Feature Film in Marathi. Two years later, Dada Kondke debuted as a film producer with Songadya (1971). Based on a story by Vasant Sabnis, the film was directed by Govind Kulkarni. Kondke appeared as the simpleton Namya, who is smitten by the glamorous dancer Kalavati, essayed by Usha Chavan. The cast included Nilu Phule, Ganpat Patil, Sampat Nikam and Ratnamala. Kondke went on to repeat the same team that delivered Songadya, to make his next film, Eakta Jeev Sadashiv (1972). It told the story of Sadashiv (Dada Kondke). In order to cure an illness, as a child he is moved from an urban environment to a rural one. He is raised by a simple couple, whom he considers his parents. Growing up, he goes on to fall in love with a village girl played by Usha Chavan. However, he later learns that his biological parents live in the city and wish him to settle there. Sadashiv has to leave his village and move to the city. The film portrays, in comic fashion, the corruption and superficiality of life in the city.

Kondke's films generally followed a set storyline, revolving around a simpleton engaged in humble occupations. If he played a dhobi or laundry man in Aali Angavar, he was an impoverished farmer in Songadya, and a police constable in Pandu Havaldar. He faithfully repeated the same set of actors, technicians and playback singers in film after film, believing it to be key to the success he achieved from his debut film itself. Veteran actor Bhagwan Dada also made frequent appearances in dance sequences in Kondke’s films such as Aali Angavar, Hyoch Navra Pahije, Bot Lavin Tithe Gudgulya, and Ram Ram Gangaram.

Dada Kondke passed away on 14 March, 1998, after suffering a heart attack at his residence in Dadar, Mumbai. 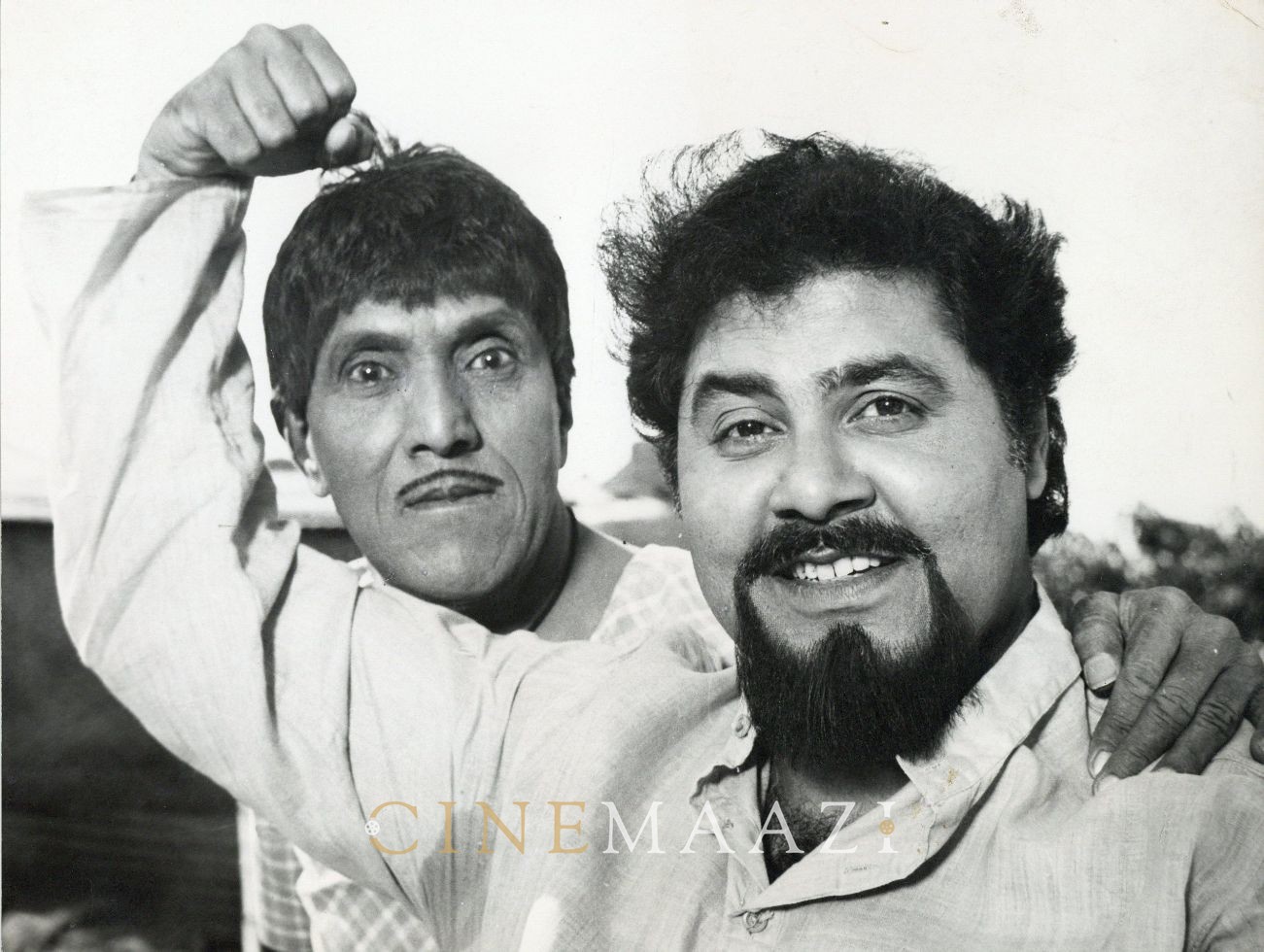