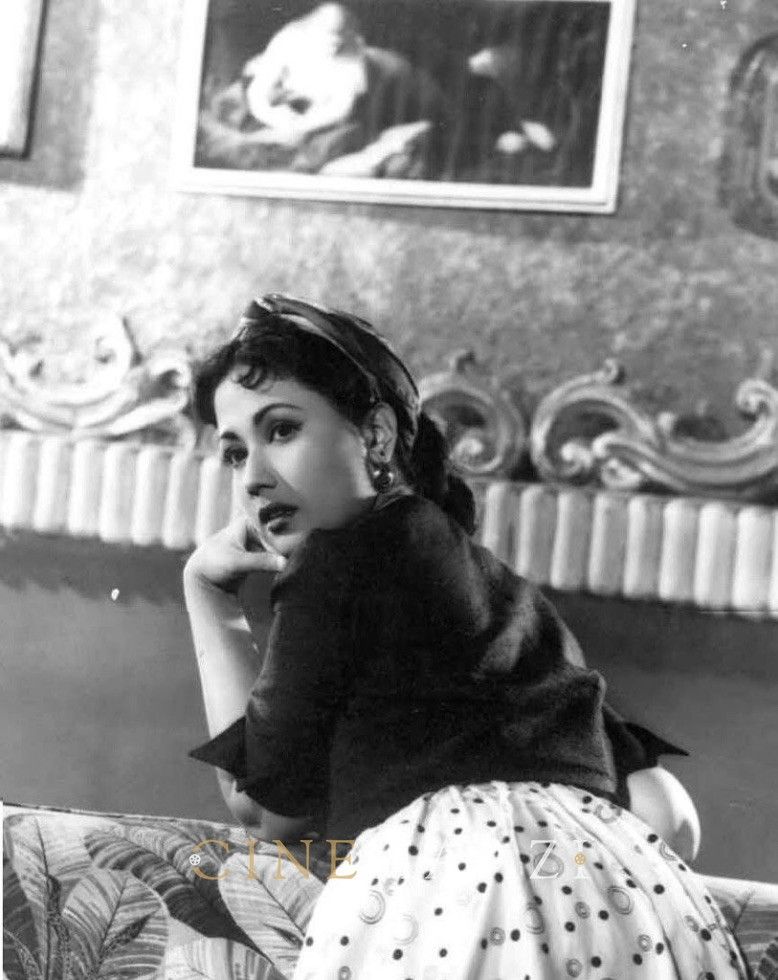 It was Black Friday, Bad Friday, on that Good Friday (March 31, 1972) when Meena Kumari breathed her last in the St. Elizabeth's Nursing Home in Bombay.

With her, an era of Indian cinema died, an era larger than nlife and so very great that few could even aspire to it, let alone attain it.

Undoubtedly the greatest actress the Indian screen has hitherto known, Meena Kumari's life was even more tragic than those tragic roles which she brought to such excruciating reality on the screen. She was a very complex person an iceberg, of which only a fraction is visible to the world, while the rest lurks beneath the surface.

So many people knew so many facets of her: as a colleague, as an actress, as a woman, as a human being. I knew her as a film journalist knows a film star, and recognised her talent as a connoisseur recognises greatness anywhere.

We were all in "Filmfare" in those glorious fifties,Mrs. Gulshan Ewing (later Editor of Star & Style), the late L. P. Rao and myself, when Meena Kumari was in her heyday as an artiste. Even now, so many vivid memories of her come back to me.

We were younger then, more enthusiastic, dashing, bent on producing a better magazine, and the late L. P. Rao (a magazine-genius, incidentally) came up with one of those terrific journalistic ideas of his: to fan the Award's fever we'd print a double-page center-spread in colour posing both actresses together.

To me fell the task of organising it. I dashed off enthusiastically in a taxi to Meena Kumari and spelled out our great plan to her. She merely gave me that enigmatic smile of hers, and said:

"I'm ready. But are you sure she will agree?"

"Of course, I'm sure!" You see, I was so naive in those days. And then, Babyjee had been a dear friend from R. K. days.

"Well then, go and fix it with her," Meena Kumari said. "I'll come at any time and to any place convenient to her, and you can have your photograph together.

"The comparison-fever that was raging right then all over the movie industry had gotten to Babyjee (Nargis) also. Besides, she'd left the R. K. camp and was keen not to spark off any controversies anywhere and after all, in Prasadjee's Sharada Raj Kapoor was there opposite Meena Kumari (it's a role every hero in town had turned down but that's another story.)
So we never got that photograph.

And Meena Kumari never got the Filmfare' Award for Sharada. It went to Nargis for Mother India. Richly deserved, no doubt, But . . .

Anyway, the Film Journalists' Association gave Meena the Best Actress Award for Sharada. Not quite the same thing, of course. The "Filmfare" Awards even then, had the same fascination, craze and value as the Oscars of Hollywood.

It's interesting to note that the Members of the Panel of Judges were strongly in favour of instituting a Special Acting Award that year for Meena's performance in Sharada.

To this day, connoisseurs of the art of histrionics believe that Meena Kumari's, qualitatively speaking, was the better performance of the two, but that does not matter now.

It was roughly during this same period that I took a friend of mine to narrate a script to her. This was a subject with two equally powerful roles for two women in it, and my friend told her that the project would make headlines only if Meena Kumari as well as Nargis worked in it, playing equally matched roles. Meena Kumari heard the story quietly, absorbing the impact and depth of both the characterisations. When the narration was over, she said:

"Go narrate the script to Baby-jee. Let her first select whichever role she prefers, and I'll do the other one.

"Needless to say, that picture didn't materialise either. Sad, coming to think of it, because the history of Indian cinema needed at least one immortal film featuring these two great actresses pitted opposite one another just as there is that one single, all time great motion picture in which the two greatest actors of Indian cinema, Raj Kapoor and Dilip Kumar, were pitted together by Mehboob Khan in his Andaz (1949).

Guru Dutt could have made such a film co-starring Nargis and Meena Kumari with a single leading man.

But alas, it was not to be.