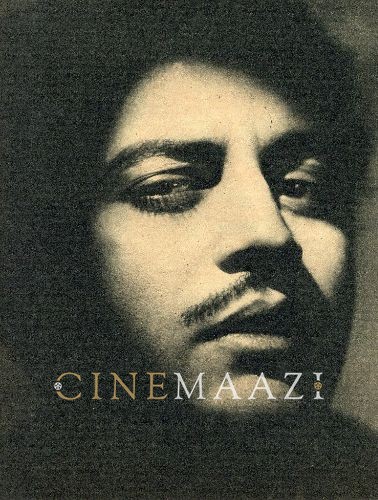 The Encyclopedia of Indian Cinema called Guru Dutt's films post-Pyaasa 'India's most spectacular achievement in melodrama.' For anyone who has experienced Dutt's sophisticated poetic imagery and the many tensions and contradictions of his times woven like gossamer in the narrative, aided by some of the most unforgettable musical scores in history - the statement will not come across as a hyperbole. Over the years, Dutt has become emblematic of the tortured artiste figure in Indian cinema and his films the most powerful expressions of the idioms of romantic idealism.

Born on 9 July, 1925 in Padukone as Vasanth Kumar Shivashankar Padukone in Padukone, Karnataka, his family later shited to Kolkata. He was the eldest among five children of Shivashankar Rao Padukone and Vasanthi Padukone. During his childhood, his name had been changed to Gurudatta Padukone. Growing up, he witnessed a great deal of conflict between his father and mother. He had become a de facto father figure for his younger siblings. After finishing his education in Kolkata, he initially wanted to pursue journalism. But changing curses, he ended up at Almora in Uday Shankar's School of Dancing and Choreography. From there he went back to Kolkata to work as a telephone operator. But his heat was in cinema, and soon he was in Pune, joining Prabhat Studios as an actor. The first film he worked in was Vishram Bedekar's Lakharani (1945). His background in dance came in handy when he worked as a choreographer and assistant director in Hum Ek Hain (1946). During this time he also met Rehman and Dev Anand. He grew close to Dev Anand and the two ended up sharing a room together. It is said they promised to work together if either of them made it in the film industry. He felt that the atmosphere in Prabhat was not conducive for the encouragement of young artists at the time and left. He worked as Baburao Pai's assistant for sometime, but lost that job soon. While he was unemployed he started writing short stories for The Illustrated Weekly of India.

His next stint in films proved to be influential for him - working as an assistant to Amiya Chakraborty in Girls School (1949) and Gyan Mukherjee in Sangram (1950). By this time Dev Anand had formed the Navketan banner and invited Guru Dutt to direct the film Baazi (1951). The film marked a transitory phase in Dev Anand's career during which he played grey-ish roles in noir-inspired crime films and dramas. Featuring a memorable score by S D Burman and due to Dutt's assured direction, the film struck gold at the box office. Dutt also met his soon-to-be wife Geeta Roy while working on this film. They would marry in 1953 and have three children. Dutt's directorial signature was already developing and it bloomed further in Jaal (1952). Again featuring Dev Anand in an ambiguous role and some wonderful cinematography (via the genius of V K Murthy) the film was a success. Following these two successes, Dutt formed his own production company Guru Dutt Films Pvt. Ltd. The first film to be made under the banner was Baaz (1953), starring Dutt himself and Geeta Bali. Baaz was a commercial failure, but his next film Aar Paar (1954) was not. This is also the film in which Abrar Alvi worked with him for the first time, writing the dialogues. The Guru Dutt team of V K Murthy, Abrar Alvi, Raj Khosla, and actors like Rehman and Johnny Walker was coming together at this point and would be a key to the success of his future films. He adapted a play written by Abrar Alvi during his college days into Mr & Mrs '55 (1955). These two films had memorabel scores by O P Nayyar and showcased Dutt's talent for innovative song pictursation. Also acting in films around this time, he appeared in Anant Mane's Suhagan (1954).

The successes continued with his production C.I.D (1956), directed by his protege Raj Khosla and starring Dev Anand. It also featured a stellar debut from Waheeda Rehman. He next directed Sailaab (1956) which was produced by Geeta Dutt's brother. But the best was yet to come. Pyaasa (1957) was the pinnacle of his filmmaking career. Loosely based on Saratchandra Chattopadhyay's Srikanta, Dutt used the story of the diealist poet disillusioned by a morally degraded and commercialised society to fully represent the zeitgeist of his times, as the early euphoria surrounding the independence slowly fell apart. The film featured Dutt's signature style in its height, with the numerous crane shots and 100 mm lens close-ups making up its distinct aesthetics. The songs, written with a striking pathos and passion by Sahir Ludhianvi and composed by S D Burman, have become evergreen classics and helped sustain the aura of the film. The film has enjoyed a particularly long afterlife in popular culture and is easily one of the defining films of Hindi cinema's 'Golden era'.

Dutt's follow-up to Pyaasa was his most personal film - the semi-autobiographical drama Kaagaz Ke Phool (1957). Reflecting many of the tensions of his personal life, the film carried forward the tragic idiom he had established in Pyaasa. It once again featured a brilliant soundtrack, with songs penned by Kaifi Azmi and composed by S D Burman. It was also the first Indian film to be made with the CinemaScope technology. But the film proved to be a commercial failure, precipitating a crisis of confidence for Dutt. He next explored the genre of the Muslim social, but commissioned M Sadiq to make the film. Chaudhvin Ka Chand's (1960) success alleviated some of the financial pressures from his company. S D Burman and Dutt had parted ways after Kaagaz Ke Phool, so Ravi was brought in for this film. The Ravi-Shakeel Badayuni combination had already delivered hits in another Muslim social Mehndi (1958). The music for Chaudhvin Ka Chand was acclaimed and was a key factor behind it's success.

Impressed by a staged version of Bimal Mitra's novel Sahib Bibi Golam, Dutt sought to adapt it to film. There were problems related to translating the original text from Bengali to Hindi during the scripting process, but ultimately Abrar Alvi and Bimal Mitra came through. The lead role was originally offered to Biswajit, but he later declined. It is widely believed that Guru Dutt ghost-directed the film in place of Abrar Alvi. But his brother Devi Dutt later clarified that it was Alvi who directed most of the film, except for the song sequences. Featuring two excellent performances from Meena Kumari and Waheeda Rehman, the film enjoyed critical success but failed at the box office. The film won four Filmfare Awards and the National Award for Best feature Film in Hindi. In between these films he also acted in 12 O' Clock (1958), Sautela Bhai (1962), Bharosa (1963) and Sanjh Aur Savera (1964).

The last film produced by him was Baharen Phr Bhi Aayengi (1966). The film was started with him in the lead, but was ultimately finished with Dharmendra in his place. Guru Dutt was discovered dead in his Peddar Road apartment on 10 October, 1964. Theories of suicide have been forwarded, but it is widely believed the death was caused by an overdose of sleeping pills after a night of heavy drinking.

Dutt had a troubled marital life. He grew apart from his wife Geeta Dutt, who was beleaguered by rumours of his affair with Waheeda Rehman. Suffering from alcohol abuse issues, the worsening financial prospects of his company further aggravated his mental health. He started but left several projects unfinished - like a mystery film called Raaz, a film called Gowri, as well as a Bengali film. He was cast as the lead in K Asif's Love and God but had to be replaced by Sanjeev Kumar. His death took a severe toll on Geeta Dutt's mental health.

Despite the relatively short career he had, Dutt is unanimously regarded as one of the most powerful auteurs of Hindi cinema. The history of his times moved through his images and several books have been dedicated to the analyses of these. He has undoubtedly left behind a weighty legacy, with very few subsequent directors able to match the amalgam of poesy, popular appeal and powerful commentary he achieved.