Young Vijay, since his parents’ death in childhood, has been brought up by his sister Jiji, to whom he is more than a son. Her husband Kamtaprasad, a pillar of the village society, who poses as a highly religious and unselfish man shows even a greater affection for Vijay, as a means to the end of acquiring Vijay’s huge property which he manages for Vijay. Vijay and Jiji have the fullest trust in him.
Vijay has been formally betrothed to Dulari, a childhood playmate of his. Dulari is staying with her grandfather Nana, a poor man, who is happy at the prospect of marrying Dulari to the rich Vijay.
On the day on which Vijay passes his matriculation examination after repeated failures, Jiji is overjoyed, and as a token of her expression of joy, she openly announces Vijay’s betrothal to Dulari. The young lovers are very happy. Vijay is sent to Agra to take up medical studies, his father having been a leading physician with interprovincial reputation.
On the train going to Agra, Vijay meets a girl Lily, who has run away from home to escape marriage with an old man. Vijay a simple soul, is touched by her misery, and he keeps her in Agra under his protection. Moreover, since his boyhood, Vijay has been believing that he has in him the making of a great writer and this has been encouraged by his friends, as he is rich. He now decides to stage a play based on the life of Lily, and his new friends in Agra encourage this idea, specially Manohar Ta, who is fully equipped by Nature for the career of an international crook. The friends decide that Vijay and Lily should play the leading roles to make the drama realistic.  The friends exploit Vijay who goes on spending thousands on the drama and Kamtaprasad goes on sending him the money with the ulterior motive of swallowing Vijay’s property. Manohar Ta deliberately prints a photograph of Vijay and Lily in a compromising position with a view to blackmail Vijay in future, giving out that the photograph is only a publicity stunt for the drama. The photo somehow reaches Vijay’s village, and the rumour spreads that Vijay is marrying a girl in Agra. Dulari is miserable, Jiji is indignant at this allegation against her brother. She sends Kamtaprasad to Agra. Kamtaprasad meets Lily, encourages Vijay in spending more money. When Vijay comes to the village during his vacation, Dulari is angry with him, but the lovers’ quarrel is soon made up. Vijay mortgages all his property to Kamtaprasad for the expenses of the drama and studies.
The drama is staged. Manohar Ta chooses this time to express his love for Lily, there’s quarrel between Vijay and Ta on the stage and the whole drama ends in a fiasco. Manohar takes his revenge by having a warrant issued against Vijay for a promissory Note extracted by him from Vijay. Kamtaprasad shows himself in his true colours and refuses to send a pie. Jiji secretly mortgages her ornaments and sends the money to Vijay. Vijay pays off his debts and returns to the village, having no more means of studying. He stays in his ancestral house with his servant Darbari. When Kamtaprasad learns of the mortgaged ornaments, he gets wild on Jiji and drives her away from his house.
At dead of night Jiji goes to Vijay’s house. Vijay goes wild with anger and rushes out to punish Kamtaprasad. Luckily owing to people’s interference Kamtaprasad is saved. For sometime past, Kamtaprasad has been having some eye trouble and as a result of quack remedies tried by himself it has grown worse. After sometime he loses his vision. As soon as Jiji learns about this, she rushes to his place to tend and nurse him without letting Kamtaprasad know that she is tending him. Accidentally Kamtaprasad learns that Jiji has been tending him and he again abuses her and drives her away from his house.
Not satisfied with driving away Jiji, Kamtaprasad has now started the topic of marrying Dulari himself. Nana has agreed to this. Vijay gets wild with anger when he learns about this, but is prevented by Jiji from doing anything drastic. Dulari of course assures him that she will never marry anyone but him. Goaded on by his love of Dulari and his affection for Jiji, Vijay goes back to Agra, puts up with every hardship and difficulty and manages to obtain his medical diploma. He soon becomes an expert in eye surgery and is very popular with the public.
One day Kamtaprasad trying to get down from the upper floor misses a step and falls down. He is badly injured. Jiji requests Vijay to go and treat him, but Vijay is obdurate. On the Rakhi day Jiji begs of Vijay that he gives her the life of her husband. Vijay touched by the great sentiment of Jiji and almost bullied by Dulari undertakes to treat Kamtaprasad. Not only does he cure Kamtaprasad of his wounds, but by his expert knowledge of eye surgery he restores vision to Kamtaprasad’s eyes. Kamtaprasad when he gets back his vision realizes that it is Vijay, who has given him back both his life and vision. He now repents of his folly and by his own hand marries Dulari to Vijay and Jiji once again reigns in his house as of old, respected and affectionately regarded by all the villagers. 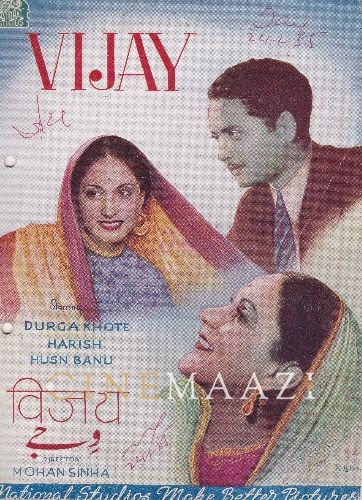 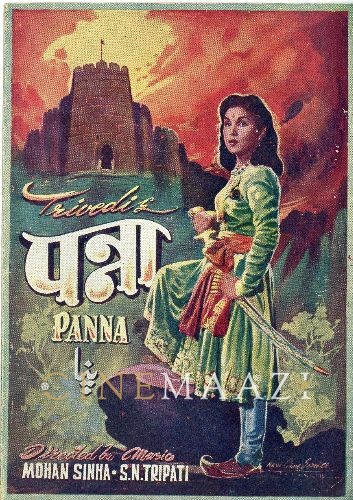 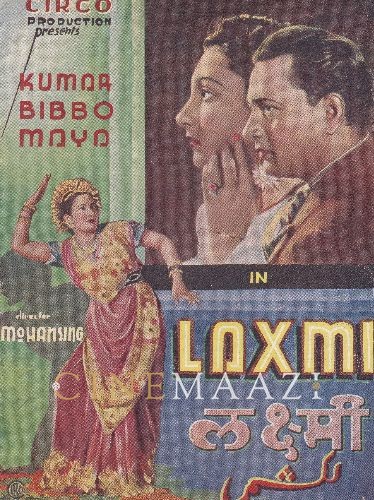 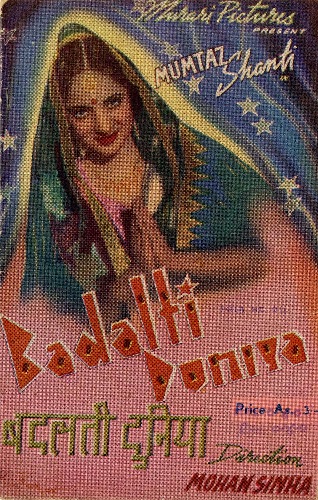