AASHA (Hope) ultimately leads a man to his destination, but, before that, it presents itself in various colours. Bellapore Estate Jagirdar Hansmukhlal, at the instance of his widow sister Durgawati, sent his only son Kishore to Bombay with the hope that he will, on his return, shoulder the responsibilities of administering the Jagir efficiently but destiny turned him a MURDERER instead of a Jagirdar.

Durgawati's son Raj "a person addicted to all sorts of evils" had on the one hand molested Kamini by giving a false promise to marry Nirmala, 'loving-niece of a millionaire' Mr.

Chamanlal. But Nirmala had chosen "Kishore" instead of "Raj" as her dream-boy, but Kishore had been declared as a Murderer of Ronaqlal, Kamini's father. Love knows no barriers.

Kamini's father's death rendered her helpless. She had to live at the mercy of Raj. Nirmala's uncle Chamanlal lost his mental equilibrium. Raj seized the opportunity and took him in his custody. Nirmala, under the compulsion of circumstances, joined a theatrical company as a dancer. The owner of the company was an Abdul Rehman. Raj watched the progress of the company and finally offered his hand of friendship to Abdul Rehman. Their friendship was established. Nirmala made "Raj" to believe that she has a soft corner for him, but her approach had a meaning in it.

Bellapore Jagirdar extended an invitation to Abdul Rehman to visit Bellapore with his company, while the latter obliged. The said Abdul Rehman staged a dramatic performance in Bellapore which stunned the audience:-

1.    "Jagirdar" became restless in the memory of his missing son Kishore.

3.    Kamini became restless to find the murderer of her father standing before her very eyes.

4.    Durgawati became restless at the call of "motherhood" and held the pistol in her hands.

5.    Raj became restless to see the murder of his own before his own eyes.

..............The whole atmosphere turned restless. All these heart moving episodes combined with dance, music and entertainment will provide beautiful feat to every eye in Raman Productions' "AASHA". 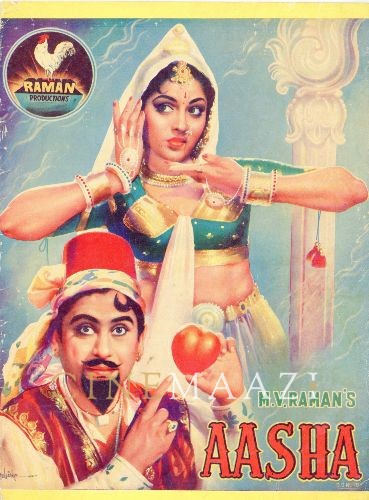 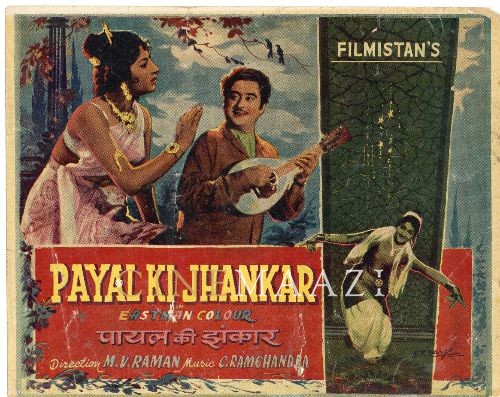