"BAHAR" and "Pathjad' (the Spring and Autumn) come and go. "BAHAR" envigorates and exhilarates the World by its virile and fresh burst of abundance and brilliance, while on the contrary Autumn deprives it of all its gaiety and liveliness inflicting gloom and sorrow. The stroy of "BAHAR" is woven out of the cross-threads spun fromt hese two diverse elements. the MOon, the Buds, the Blossoms and the Thorn - each of these plays its own part in "BAHAR". Their respective beauty and fragrance as well as prick and pain are distinctly left behind.

Govardhanlal Patawardhanlal Chowdhary is a very wealthy and popular aristrocratic figure in Madras. His only daughter Lata is an alluring ultra-modern college gil, a very vivacious, versatile and forward type,- the regular live-wire, with a great sense of humour.

Shekhar, a distant relative of Uma, the step mother of Lata aspires for Lata's hand. Uma is also in favour of Shekhar. Whenever the talk of Shekhar's marriage with Lata arises, shrewd Chowdhary is tactful enough to evade it since he had long ago decided to give full freedom to his daughter int he matter of her marriage.

One day, Uma recieves a letter from her village, conveying the tidings that her aged grand fatheer has been ailing. Shekhar is reluctantly forced to go to the village to attend on him.

On reaching the village, instead of assidousuly attending on his ailing relative, he begins to develop a romance with Malati, the only daughter of their neighbour old Dheenu Kaka. Malati is an innocent unsophisticated village belle, good -looking and charming in her simple way.

Due to some time-long blemish to the family name, and the heavy indebtedness to money-lender Sait Lakshmidas, Malati could not be dispossed off in marriage with any decent family. When Shekhar learns these circumstances from Malati, he makes capital use of the situation. Promising to clear off Dheenu Kaka's debts and assuring to marry her, in a dramatic way, he gains his end. Malati swallows the bait and succumbs to his wiles and guiles. After aa few days he quietly slips back to Madras on the pretext of making elaborate arrangements for their impending marriage.

On returning to Madras, Shekhar begins to press for the hand of Lata through Uma, without lknowing that much water has run under the bridge in the meanwhile. Lata comes in frequent contacts with Kumar, a sweet youth- a popular humourous writer writing under the pen-name 'Ashok'. The friendship gradually develops into love. Chowdhary was not indiposed towards this development. Nevertheless the joint efforts of Shekhar and Uma persistently go on.

Time passes on. Malati conceives , and attains three month of pregnancy. Her mother Shobha is all remorse when she learns  about the facts. she is afraid that the whole village would scandalise them. To save the prestige of her parents, Malati leaves home one night with the intention of committing suicde after leaving behind a letter to her father. But ultimately the thought of the coming child and the memory of Shekhar chenge her mind. Instead, she leaves for Madras in an attempt to search for Shekhar and to rejoin him.

Malati makes several futile searches at Madras to unearth Shekhar. In one of her attempts, she is so exhausted that she gfalls in a swoon. She is removed to a Maternity Home where she gives birth to a child. After discharge from the hospital, she is again on the trai;l of Shekhar, baby in arm. One day, she is lucky to trace his house. She is overjoyed, but only for a short while, for Shekhar refuses to recognise her. He totally disowns her and the child. In the end, he practically necks her out with the child after insulting her a good deal.

Helpless Malati rushes to the sea to give up her life after leaving the baby in the way of a kind-hearted soul,who happens to be Kumar's servant. In a mysterious way, the child finds entrence into Kumar's house unknown to him. Kumar is forced to bring it up.

Death does not come to Malati's aid a second time. The thought of the child drives her almost mad and she begins to wander in a frantic search for the baby. Malati's child is brought up by Kumar, with the same care and affection as if it was his own. Chowdhary and Lata begin to suspect Kumar and think that he should have been already married. Shekhar strategically manages to fan the fire of suspicion to gain his own end. Things reach such a stage that he is able to get the consetn of Chowdhary for his marriage with Lata.

What happened to Malati?

How aare the mysteries solved??

See all these on the silver screen! 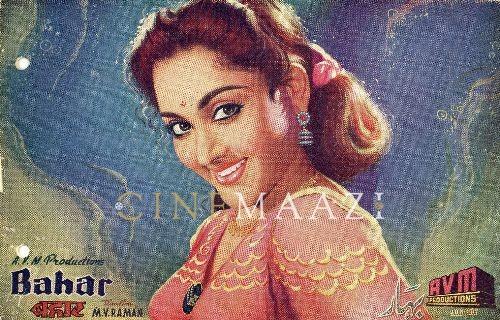 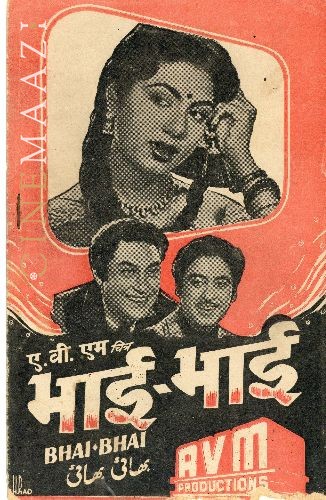