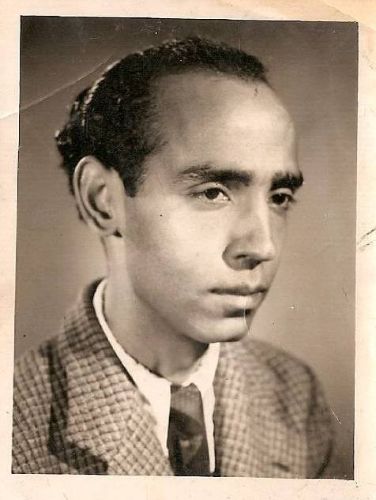 Born in 1919 into a Punjabi family in Jalalpur Jattan, in present-day Pakistan, Rajendra Krishan Duggal was attracted to poetry when he was very young. Introduced to poets from India and abroad, he read a lot through his growing years. Even though he started his career as a clerk in a municipal office in Shimla, he nurtured his ambition of being a poet by reading and writing extensively. He attended an all-India mushaira (Urdu poetry reading session) that eventually led to his coming to Bombay. In the mid-1940s he moved to Bombay to pursue his dream – to become a screenwriter and lyricist in the Hindi film industry.

A prolific writer, his first screenplay was for the film Janta (1947). His first film as a lyricist was Zanjeer (1947). He tasted success with the film Badi Behen (1949). He was famous for his songs, Chup Chup Khade Ho, Mere Piya Gaye Rangoon, Govinda Aala Re and Eena Meena Deeka (Asha, 1958). One of his most famous songs was Suno Suno Oh Duniya Waalo Baapu Ki Yeh Amar Kahani, which he wrote after the assassination of Mahatma Gandhi. Despite some very memorable numbers in over 300 films, and a close association with music directors such as C. Ramachandra, Madan Mohan, Laxmikant Pyarelal, S.D Burman, and Salil Chowdhury, he won his only Filmfare award for the song Tumhi Meri Mandir (Khandaan, 1968). He also recorded a private album of children’s songs.

While his lyrics defined the classic black and white age, they continued successfully into the colour era as well. He shared a special understanding with his music composers which helped create magic, as he worked with everyone from C. Ramachandra to Bappi Lahiri.

He always attempted to blend meaning and note in the lyrics he wrote. Tum hi ho maata pita tum hi ho from Main Chup Rahungi (1962), which became akin to a prayer in many schools across the country, is a perfect example. His chose to keep his lyrics catchy and simple, in keeping with the demands of the situation. Set to music, they invariably became classics.

Besides being a creative and in-demand lyricist, Rajendra Krishan also wrote the screenplay and dialogues for several hit films like Nagin (1954), Bombay To Goa (1972) and the comedy classic, Padosan (1968).

Krishan could not hold a tune. Yet, despite not being highly musically inclined, he remained a favourite with those he worked with. He had an inherent talent for getting the rhythm and feel.

Krishan worked on over 350 films over a period of nearly 40 years. By the 1970s, his work had reduced considerably. His golden period was the 1950s. There were other lyric writers too who were prominent. Rajendra Krishan was part of the C. Ramachandra and Madan Mohan circle. Eventually, he fell out with both composers. However, he never spoke ill of them. Known to not mix business with pleasure, Krishan was known to be the life of the party. People would gravitate towards him naturally. However, he preferred keeping a low profile and shunned publicity.

Contrary to online reports, Krishan was not fluent in Tamil. While he did work on several successful Tamil-to-Hindi remakes, he did not speak the language. Krishan was commissioned by studio heads in Chennai to work on their scripts. They would give him a script, which he would read. Then he would narrate, as his assistants jotted down as he spoke. Apparently, he would write a song in five minutes in freehand. He would write in Urdu on any surface he could find, even cigarette packets.

There is an anecdote about Rajendra Krishan being the richest writer of all time. The riches did not come from his work – poetry or screenplay; instead, he won the tax-free jackpot at the horse races in the late 1960s.

He died of a heart attack in 1987 at the age of 68 leaving behind an impressive body of work. His songs continue to inspire lyricists even today.