Though born of a Royal parentage, Lakhan was brought up by an ordinary peasant- Harising, the father of Ram.

Ram and Lakhan became a unique pair of inseparable brothers.

Once they had a tense tussle with the men of Diwan who had come to demand and old debt from their father. This provoked Diwan and he decided to take revenge. He tried his utmost but Ram and Lakhan always proved a match for him.

After a lapse of 20 years, Raj Jyotishi entered Hari Sing's house to take Lakhan back to Palace. It was then revealed to Ram and Lakhan that they were not brothers. For the first time Ram and Lakhan separated from each other.

The luxuries of the Palace did not appease Lakhan. But when he saw Mala - a court dancer, he lost his heart and fell in her love at first sight.

Diwan too was enchanted with her beauty. He arranged her abduction through his men but by a sheer stroke of luck was saved by Ram. Ram and Mala began to love each other.

Ram's father was murdered by Diwan's men which lead to Ram to became bandit. Thus Ram became a terror.

To maintain peace and get him pardoned, Lakhan went to Ram. The two brothers met once again.

Lakhan narrated to Ram his love for a girl who had disappeared. Ram promised that he would trace the girl and marry him to her till then he would not marry.

Ram did not know the girl whom Lakhan loved, was none other, but Mala.

Lakhan did not know that the girl he loved was bethrowed to Ram.

Could Ram fulfil his promise?

Could Diwan succeed in his bad design?

What was Mala's fate?

You will have all the clues of these intrigues on the silver screen. 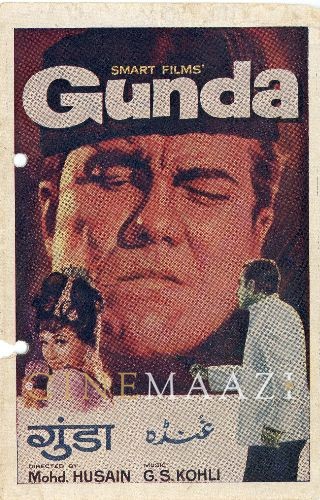