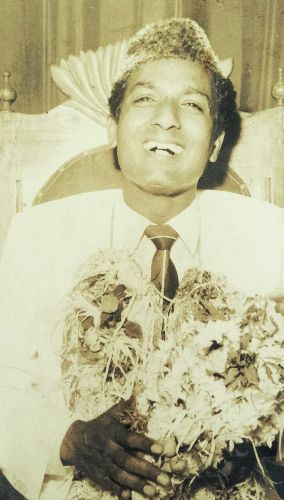 A popular Urdu poet and lyricist during the 50s through the 80s, Farooq Kaiser created hit songs in both B films as well as big banner films. Contributing to more than 115 films and 390 songs, some of his popular songs for which he has written lyrics include Sari sari raat teri yaad sataye from Aji Bas Shukriya (1958), Koi yahaan aha naache naache from Disco Dancer (1982), Log kehte hain from Khudgarz (1987), Aaj hi dil tu de from Bhagwan Dada (1986), and Tujhe pe qurbaan meri jaan from Qurbani (1980).

Born on 6 June, 1918 into a jeweller’s family, the second eldest of 12 children, he was educated in Bombay. An avid reader of books and newspapers during his young days, he grew an immense interest in poetry and literature. Lodging in a friend’s tailoring premises shortly after he turned 18, Farooq’s learning pursuits deepened, alongside his flair for languages besides his native Urdu.

He was introduced to the world of films by filmmaker and actor Kamran Khan (father of Farah Khan and Sajid Khan). His flair for writing was often tapped as his expertise was sought to change dialogues and re-write scenes. Thus, Farooq Kaiser eventually went on to find his niche as a lyricist. The first film for which he penned the lyrics was Rooplekha (1949) for which he wrote two songs, with music composed by Khan Mastana. He thus worked in Hindi films in the capacity of lyricist, dialogue and screenplay writer, production manager, associate director, and even chief assistant director. 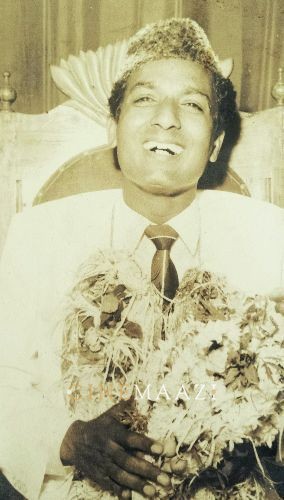