To the owner of Aasman Mahal, Nawab Aasman-ud-Daulah, one day came a sleek-tongued visitor with a proposition. His firm was interested in buying over the palace and turning it into a hotel. But the proud old aristocrat bluntly refused the offer.

Later, the Nawab admitted to his son Saleem and his Begum that he had refused the offer though he was penniless. The palace itself was mortgaged. If only he could find the legendary treasure secretly buried somewhere in the palace! And no one knew its location except a mad old beggar prowling round the palace.

Saleem, however managed to pay for his “wine and women” by stealing and pawning his mother’s trinkets. It is in a drunken state one night that he is picked up by Ghulam Rasool, a former servant of the Nawab, who now drives a cycle rickshaw.

This is how the young rake is introduced to Salma, the educated and highly self-respecting daughter of Ghulam Rasool. Under the influence of Salma, Saleem is reformed. The two fall in love but Salma would not sacrifice her honour and her self-respect even for love.

The old Nawab wants his son to marry another aristocrat’s daughter. “Only thus we can save Aasman Mahal from our creditors”, he tells Saleem, but Saleem refuses to sell himself, his happiness and his love. He abandons his ancestral house to begin a new life of honest toil as a garage mechanic and truck-driver.

One day a court summon, is served on the Nawab. He must appear in court or his palace would be auctioned to pay off his creditors. He starts for the court but before he can walk down the staircase he suffers a stroke, and his legs are paralyzed.

His old friend, Dr. Sukhrajgir, tells the Nawab that his paralysis is caused by auto-suggestion. He cannot walk because his sub-conscious is afraid to go out of the palace into the changed new world.

On the eve of the auction, the Nawab decides to indulge in the last flicker of his glory. Aasman Mahal is illuminated with ten thousand lights. A procession of cars brings the cream of Hyderabad aristocracy. The Nawab has agreed to his Begum’s pleading and permitted Saleem to marry Salma. Ghulam Rasool is overwhelmed. The proud aristocrat and the humble retainer embrace. Is this the happey end of the story? No, mutters the Nawab, with a strange and sardonic smile, “still the night has to pass…….”

It is also the beginning of a new day for Saleem and Salma. 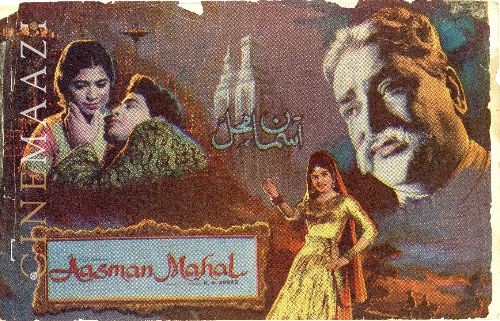 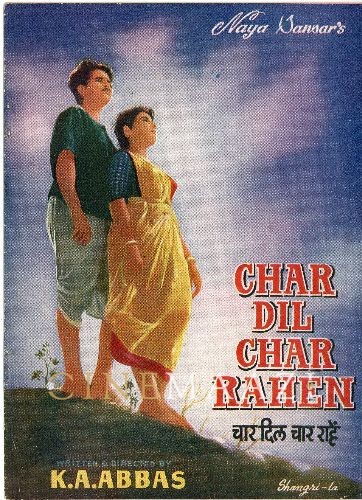