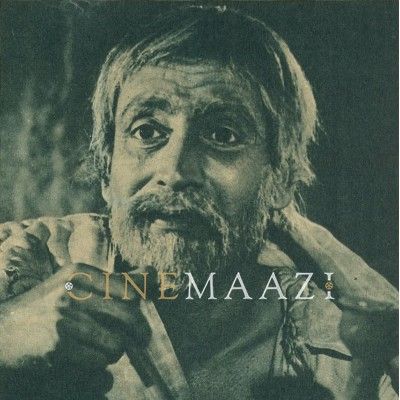 Well-known character actor Nana Palshikar acted in over 80 films in the course of his career. Winner of popular awards such as the Filmfare Best Supporting Actor Award for Kanoon (1960) and Shehar Aur Sapna (1964) for which he also won the BFJA Awards, Best Supporting Actor (Hindi), he was cast in mainstream as well as arthouse films. Palshikar also featured in international films such as Maya (1966), The Guru (1969) and Gandhi (1982).

Born on 1 June, 1984, he debuted in the film Dhuwandhar (1935). The cast of this Sukumar Chatterjee directorial included Leela Chitnis, Kamla Varerkar, and Yashwant Dave, among others. He went on to be cast in Kangan (1939) and Durga (1939), both Bombay Talkies productions. Incidentally, they were the two last films directed by German director Franz Osten before he had to leave India for Germany with the start of World War II.

Acting in the Kishore Sahu production Bahurani (1940), a long period of inactivity followed during which Palshikar did not have any releases up until Bimal Roy's Do Bigha Zamin (1953). The film, a classic, saw him essay the role of Dhangu Maheto, the father of the principal character Shambhu Mahato played by Balraj Sahni. The film was widely appreciated in India and abroad, winning several awards. Palshikar went on to be seen in supporting roles in several hit films such as V Shantaram’s Jhanak Jhanak Payal Baaje (1955), Bimal Roy's Devdas (1955), Raj Kapoor’s Shree 420(1955), Sombhu Mitra’s Jagte Raho (1956) and Hrishikesh Mukherjee’s Anari (1959).

Palshikar went on to be cast in John Berry's Maya (1966). This American drama, the coming-of-age story of a young man in the jungles of India, starred Clint Walker, Jay North, and Sajid Khan. Palshikar played Sajid Khan's father in the film. He was then cast in James Ivory’s  foreign co-production The Guru (1969). The plot revolved around a rock star, Tom Pickle (Michael York), who travels to India to learn to play the sitar with the great musician Ustad Zafar Khan (as George Harrison did when he studied under Ravi Shankar). Khan (Utpal Dutt) is not happy with his disciple but still takes him to Benares to meet his own guru. Palshikar won rave reviews for his performance, with Judith Crist from the New York Magazine describing his small part in the film of ‘the guru's guru’ as ‘an unforgettable cameo’.

Often seen in roles of father figures or persons of authority such as a judge, the 70s saw Palshikar cast in many such roles. Among these are B R Chopra's Dhund (1973) based on Agatha Christie's play The Unexpected Guest, the A Bhimsingh directorial Yaaron Ka Yaar (1977), and his role as judge in Jwar Bhata (1972). While he continued playing father roles into the 80s such as in Aakrosh (1980) in which he essayed the role of Om Puri’s father, Palshikar’s last major film was Richard Attenborough’s Gandhi (1982). He played a minor role of a villager in the epic film which depicted the life of Mohandas Gandhi, who led the nonviolent resistance movement against the British colonial rule in India. Palshikar was last seen onscreen in the film Kanoon Kya Karega (1984), essaying the role of the parent of the accused youth in this Mukul Anand directorial, the cast of which included Suresh Oberoi and Deepti Naval.