Raman (Kader Khan) is an incorrigible cheat, who grooms his son Prasad (Shakti Kapoor) to be master swindler - ten up on the father!!! Together, in their own indigenous, self conceived methods, they hoodwink a variety of people like policemen, builders, jewellers, Gulf job-seekers, and even gangsters! From rags. Raman turns into a multimillionaire, by mercilessly packing his widowed sister Gayatri (AnjanaMumtaz) off to a mental asylum, abandoning her son Ravi in a train and fraudulently disposing off her property.

Ravi grows up to become a local bully Ravi Dada (Jackie Shroff), who extorts money to look after his unsuspecting foster sister Anita's (Sabeeha) studies. He has fierce competition from a petite bulldozer called Rozy (Farha) in the extortion racket, but both fall head over heel in love with each other, when they learn that they were childhood chums.

Anita's fiancé Anil (AdityaPancholi) meets Gayatri in the mental asylum and brings her home. He swears to bring Raman to book and confronts him. Raman, in turn, hires Ravi to exterminate him and unknowingly, Ravi assaults his sister's fiancé. Upon realising the blunder, Ravi repents. Anil tells Ravi about Gayatrian both mother and son are reunited.

Ravi, Rozy and Anil now gang up and work out a masterplan to demolish the evil-doers. On the one hand, they have to intelligently crack up Raman and his son Prasad, and on the other, swoop down upon GulluMaharaj (Gulshan Grover), who had exterminated Ravi' father - a honest customs sleuth Pratap Singh (Ajay Arora), and Rozy's father D'Souza (Bharat Bhushan), who had been killed while trying to save Pratap Singh.

A war of wits thus ensues and culminates into an explosion of tummy-tiokling laugh riot, a climax extraordinaire! 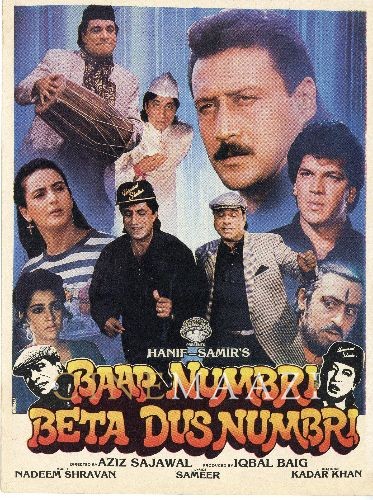