Human beings are mere clay-dolls in the hands of blind Destiny. That is the conception of the ancient Greeks, who blind folded placed the God of Destiny on a wheel and it keeps on darting its arrows against the helpless humanity.

When Rukmini, a very rich and golden hearted woman, was bestowed with two beautiful sons, she felt that she was the luckiest being alive on God's earth,knowing little that her happiness was but short lived. For besides being left a widow she is also robbed of all her belongings and left on the streets by Moti, her own brother-in-law! But destiny was not to be satisfied by just this. Moti and his devilish feminine interest, plan topermanently rob Rukmini of her two children. But here they do not meet with absolute success for child Chandan who was kidnapped by a Goonda and left to die on the street, is found by Bhola, the faithful servant of Rukmini and here Chandan grows up to become a needy knife grinder. On the other hand child Gopal is taken care of by the Kind Father Joseph who had given shelter to Rukmini and under his able guidance Gopal grows to become a Judge.

Moti implicates Ruknini in a first degree murder and she is sentenced to 14 years imprisonment. Her only hope of existence are how her two children. After serving the sentence she starts the search for them and meets them on several occasions without knowing their identity.

Ranjana, a law graduate and sister of a Police Inspector, falls in love with Chandan despite the fact that he is uneducated. Chandan comes in contact with Moti, his uncleand the chief architect of his family's ruin. The meeting results in Chandan being implicated in the murder of Rati. He flies for his life but is ultimately booked by the Police and is brought to trial in the same court where is own brother is the Judge.

Chandan's lady love Ranjana becomes the defence Advocate on his behalf, while Ranjana's own brother is theProsecuting Inspector. Brother against brother, brother against sister, a mother's heart torn between her two sons, one seated at the post of dignity and duty and the other standing at the dock to be delivered into the jaws of death! 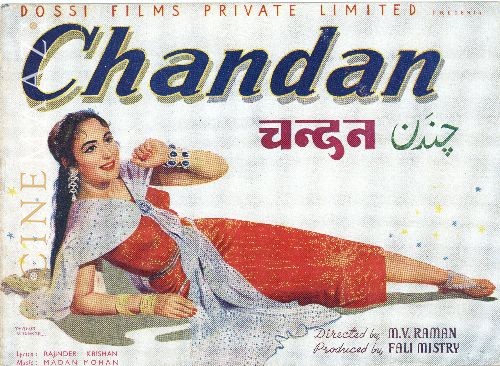