CHARITRA is the story of “Shikha”, a middle class girl, who is studying in college where she comes across all classes of people. As she is the person of a very strong character she has formed the habit of thinking, thinking about all characterless characters which she sees around, and wonders whether the books like “Geeta” “Ramayana” “Mahabharta” have any meaning in today’s modern life or not?

Shikha’s father Seeta Ram was a very rich man once, but due to some unexpected change in circumstances he lost everything.

As Seeta Ram does not find himself in a position to pay back the loan taken from Anand Prakash, he goes and tells to Anand that he is prepared to leave the house and shift somewhere else, but Anand Prakash behaves entirely in a different manner. He tells him to forget about the loan and send his daughter Shikha to his office for work. Seeta Ram feels highly obliged. According to him Anand Prakash is not a human being but God.

One day Anand Prakash invites her to his house on Sunday for some important office work, then Shikha asks her father, he allows her happily, as according to him Anand Prakash is God and moreover he is married and is father of one child. But when Shikha reaches his house she is shocked to find his wife, child and servant all missing from the house and so he starts advancing, she resists, then he tells her that the house in which she lives is mortgaged with him, if he wants he can throw them on the road, it is not a threat but an information. When Shikha gets it confirmed by her father Seeta Ram she starts thinking that if she does not submit to Anand Prakash, what can happen?

But what about the word of honour? She started thinking and realized that backing out from the word of honour or submitting to he desires of Anand as per word of honour, both will be the acts of characterlessness, so she decided to lose the word instead of virtue, but there was a fear in her mind that suppose Anand had the Photostat copy of mortgage papers?

So when she came to Anand to tell him that she will prefer to die than to submit to his desires her fears proved to be true, he had the Photostat copy of mortgage papers.

Ashok, who calls a call girl every night and does not look at any girl during day, becomes interested in Shikha.

When tere is marriage proposal for Shikha, Anand manages to tell the people concerned that she is a girl of loose character. When her parents come to know it they also scold her, she feels alone and frustrated, her sacrifice which she kept a secret has proved useless and on top of it when she discovers that she is pregnant and Anand wants to destroy the conception, she attempts to commit suicide, but Johny saves her and when 50,000 Rupees reward is announced for her life, Johny brings her to Sita Ram but she refuses to recognize him or Anand Prakash. Finally she is brought to Ashok who manages through his real affection in persuading her to LIVE & LOVE the LIFE…………………….

This is the beginning of “CHARITRA”!!! 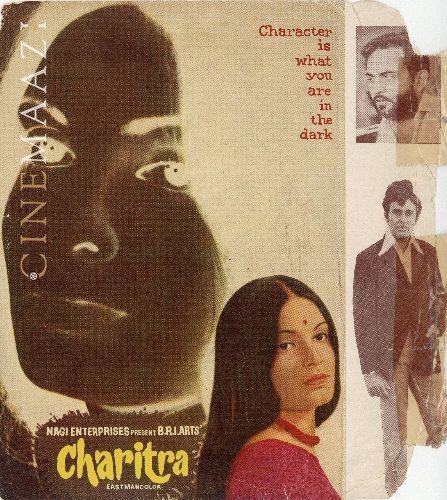 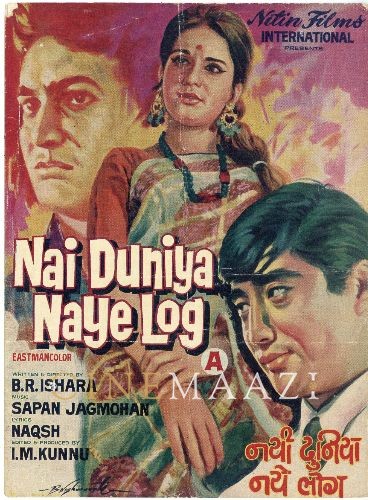 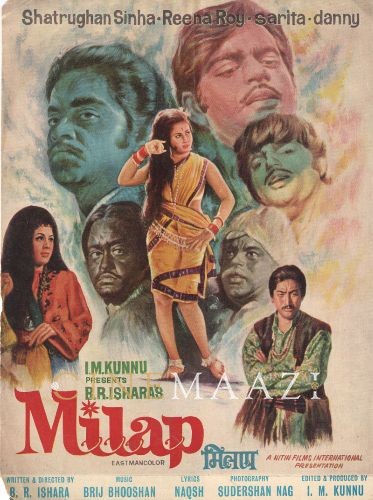 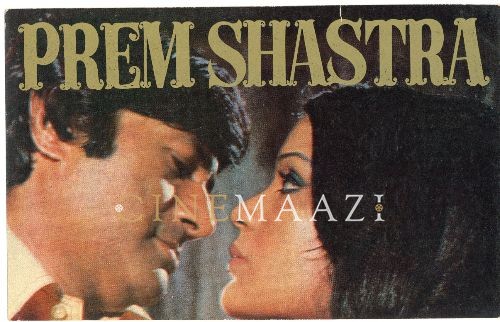