DILWALE DULHANIA LE JAYENGE is a story of human relationships.

Chaudhry Baldev Singh (Amrish Puri) is a London based immigrant. He alongwith his wife Lajwanti (Farida Jalal) and two daughters Simran (Kajol) and Chutki (Pooja Ruparel) have been living in London for the past several years. A true Indian at heart Chaudhary Baldev Singh is a man of great morals and has tried to imbibe the very same in his daughters. He has brought them up with the belief that they are strangers in this foreign land and are here purely for financial reasons. They will all return one day back to Punjab, back to his roots, his land, his culture that he so strongly believes in.

Simran like any other girl dreams of this perfect man and waits for him to walk into her life. She realises soon enough at the mere futility of her dreams as her marriage has already been arranged to her father's best friend's son Kuljeet (Parmeet Sethi).

Raj Malhotra (Shah Rukh Khan) another Landon based immigrant is the regular rich spoilt brat brought up in lap of luxury. He is a true playboy at heart. He shares a beautiful relationship with his father Dharamvir Malhotra (Anupam Kher). They are more like best friends.

Raj and Simran alongwith other friends meet on the Eurail. They go through an entire gamut of emotions. From initial hatred, to being acquaintances, to friendship and finally falling in love. They realise their true feelings for each other only when they part at the end of the trip.

Raj is aware of Simran's pre-planned marriage and feels there is no hope. Simran confides in her mother about her feelings for Raj. She tells her that she can't see life without him. Chaudhry overhears the conversation and gets furious. He makes an impulsive decision to leave for Punjab overnight. Meanwhile Raj is motivated by none other than his father who tells him that if he truly loves Simran, he has to go and get her.

The second half of the film takes us to Punjab, to Chaudhry's entire family. A family that consists of his mother (Achla Sachdev), his brother (Lalit Tiwari), his unmarried sister (Himani Shivpuri) and his best friend Ajit Singh (Satish Shah). 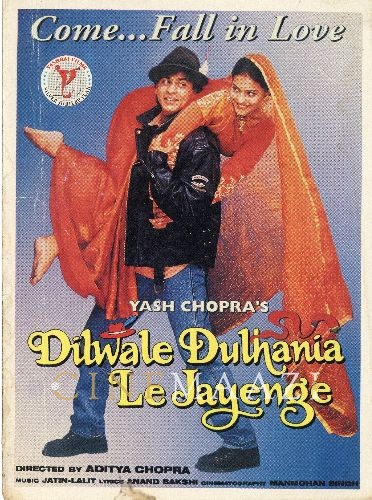