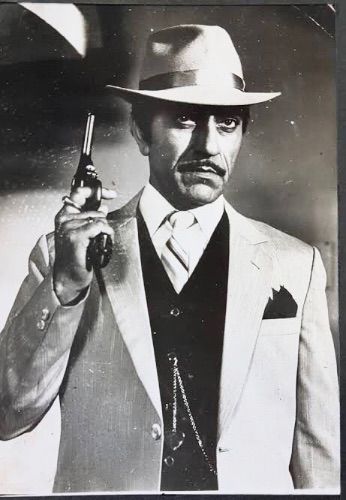 Known as one of the greatest villains of the Hindi film screen, Amrish Puri left his impact in more than 400 films over his three-decade-long career in Hindi cinema as well as other Indian and international film industries. In fact, after he worked in the Steven Spielberg directorial Indiana Jones and the Temple Of Doom (1984), the director wrote a letter to him declaring, “Mr Amrish Puri will always be the greatest villain in the world and nothing can change that.” His deep, baritone voice and eyes which he would enlarge to portray fury, were his trademark. Yet he was far more than the archetypal baddie. From the strict yet soft-hearted Bauji of Dilwale Dulhania Le Jayenge (1995) to the quirky Mogambo of Mr India (1987), he is associated with several memorable characters of Hindi cinema, mouthing classic dialogues such as ‘Mogambo khush hua’, and ‘Aao kabhi haveli pe’ which went on to achieve cult popularity. He has several awards to his credit such as Sangeet Natak Akademi Award for Theatre, Maharashtra State Gaurav Pur Ghatak, and Filmfare Award for Best Supporting Actor for Meri Jung (1985), Ghatak (1996), and Virasat (1997) respectively. Far from his fury-filled onscreen image, he was a disciplined and dedicated artiste, with a naughty, child-like side to him; he could apparently watch his favourite Tom & Jerry cartoons for hours.

Born Amrish Lal Puri on 22 June 1932 in Nawanshahr, Punjab, to Ved Kaur and Lala Nihal Chand, he had four siblings: elder brothers Chaman Puri and Madan Puri (both of whom were actors as well), elder sister Chandrakanta, and a younger brother, Harish Puri. He was the first cousin of well-known actor-singer K L Saigal.

In the early 1950s, he arrived in Bombay, following his brothers Madan Puri and Chaman Puri, who had established themselves in films in villainous roles. Auditioning for a lead role, he famously failed to clear his first screen test and had to seek employment with the Employees' State Insurance Corporation Ministry of Labour and Employment (ESIC) instead. Venturing into theatre simultaneously, he was introduced to the stage by the renowned Ebrahim Alkazi. He also began performing at the Prithvi Theatre in plays penned by Satyadev Dubey, whom he considered his guru. Honing his craft, his fame as a stage actor grew in leaps and bounds, and he went on to win the Sangeet Natak Akademi Award in 1979. He featured in approximately 60 full-length plays. In Aadhey Adhure he essayed five roles—those of husband, lover, wife’s boss, and two additional parts. Even later in life, he continued to have a passion for theatre, pointing out that it wasn’t a stepping stone to films but gave him great satisfaction.

Meanwhile, offers for advertisements poured in, and films came knocking. He was around 40 when he made his debut as a henchman in Prem Pujari (1970). Working mostly in supporting roles, as a henchman of the main villain through the 70s, he earned attention for his performance in Hum Paanch (1980). He essayed the main antagonist in this film adaptation of the Mahabharata set in a rural scenario. The multi-starrer film, also featuring Sanjeev Kumar, Shabana Azmi, Mithun Chakraborty, Naseeruddin Shah, and Raj Babbar, was a super hit at the box office. Thereafter he began getting cast as the central villain in films. Essaying the main villain in the action drama Vidhaata (1982), he won attention for his performance as Jagavar Choudhary in the Subhash Ghai directed super hit. Vidhaata was the highest-grossing Indian film of 1982 and the fifth highest-grossing Indian film of the decade. He next bagged applause for his performance as the main villain, named JK, in the Dilip Kumar-Amitabh Bachchan crime drama Shakti (1982). Featuring regularly in Subhash Ghai directorials, he was also cast in the hit Hero (1983), playing the main villain, Pasha.

The 80s and the 90s were his most successful period with his towering presence manifesting itself in practically every potboiler. His reverberating dialogue delivery and powerful, intense presence marked the gold standard in villainy at the time. Making his mark in trademark roles, he stood out for characters such as Mogambo in Mr. India, Jagavar in Vidhaata, Thakral in Meri Jung, Bhujang in Tridev (1989), Balwant Rai in Ghayal, Barrister Chadda in Damini (1993) and Thakur Durjan Singh in Karan Arjun (1995).
Working in Kannada, Marathi, Punjabi, Malayalam, Telugu and Tamil films, he was most successful and best known for his work in Hindi cinema. With a talent not restricted to villainy, he also won appreciation for his comic role alongside Kamal Haasan in Chachi 420 (1997). From the 90s onwards, he was increasingly seen in positive supporting roles in films such as Dilwale Dulhaniya Le Jayenge, Phool Aur Kaante (1991), Gardish (1993), Pardes (1997), Virasat (1997), Ghatak (1996), Mujhe Kucch Kehna Hai (2001), and China Gate (1998). Incidentally, he played his role as Bauji in Dilwale Dulhaniya Le Jayenge, modelling it along the lines of his real life father, Nihalchand Puri.

Puri’s fame spread internationally when he was cast in Richard Attenborough's Gandhi (1982). He essayed Dada Abdulla Hajee Adab, President of the Natal Indian Congress. He went on to be cast as the main antagonist Mola Ram in Steven Spielberg's Indiana Jones and the Temple of Doom (1984), winning considerable attention worldwide. High Priest Mola Ram was the leader of the revived Thuggee cult in 1935, operating along with subordinates out of Pankot Palace. He had shaved his head for the role, and it created such an impact, that he largely retained this look thereafter. His bald look allowed him the flexibility to experiment with different looks as a villain in his films.

He and director Steven Spielberg developed a great rapport, and the latter often cited him in his interviews as his favourite villain, “the best the world has ever produced and ever will!” Incidentally, when casting director Dolly Thakore sent stills of Puri from the horror film Gehrayee to Spielberg, he seemed to be disinterested in the part. He wrote in his autobiography The Act of Life, that American casting agents came to India to meet with him, and instead of auditioning, he requested them to watch him perform on the sets of a film. To his surprise, they came. He also refused to read a page of the script in English, arguing how Spielberg would know the language he spoke. When he did come on board, he found the production very impressive, and Spielberg, boyish and unassuming.

Suffering from myelodysplastic syndrome, a rare kind of blood cancer, Amrish Puri passed away on 12 January, 2005. In 2019, he was honoured with a Google Doodle to commemorate his 87th birthday, with the accompanying text that read: “If at first you don’t succeed, try, try again—and you might end up like Indian film actor Amrish Puri, who overcame an early setback on the way to fulfilling his big-screen dreams.”

His grandson, Vardhan Puri is also an actor in Hindi cinema, having written and starred in a film by the production house Amrish Puri Films. 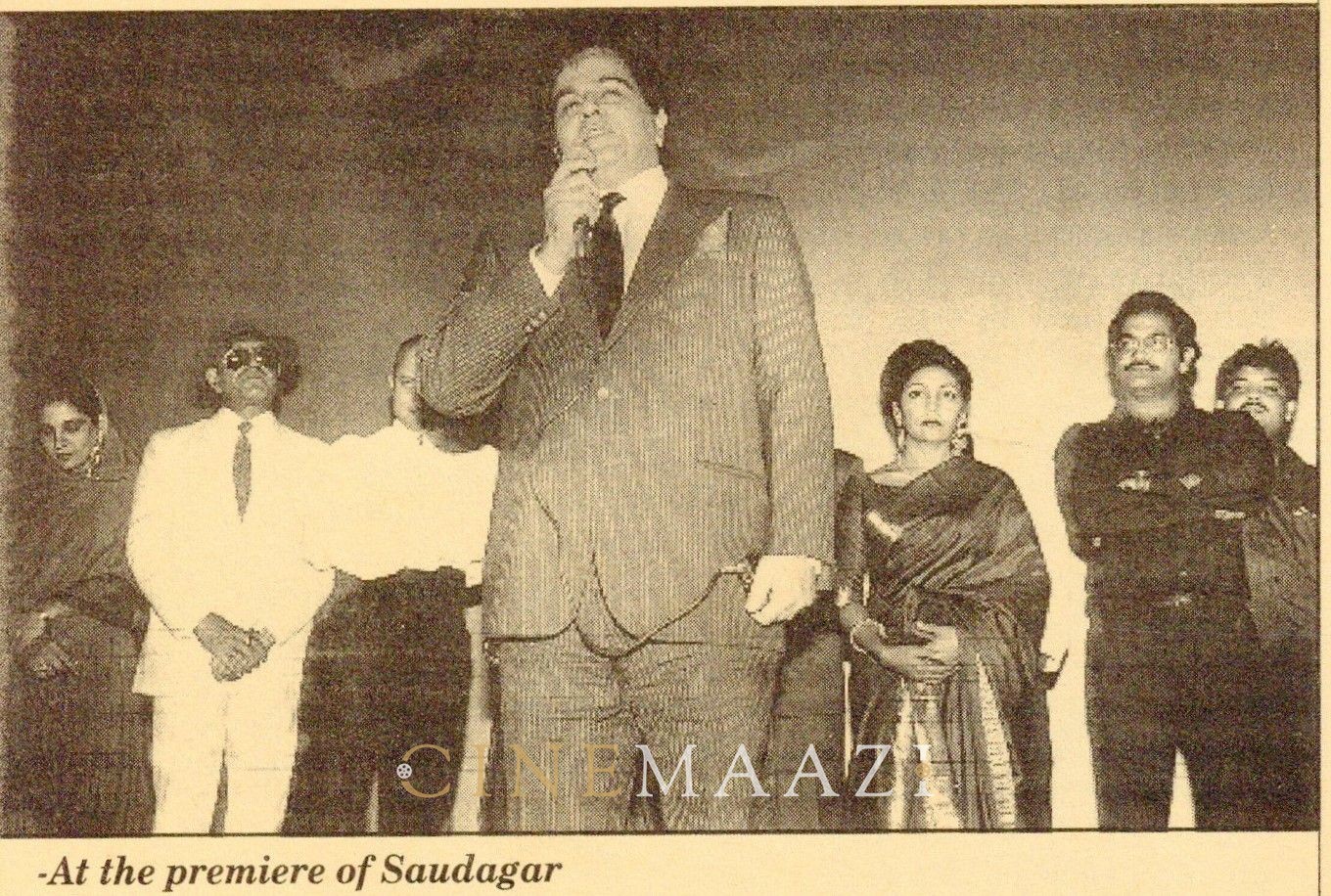 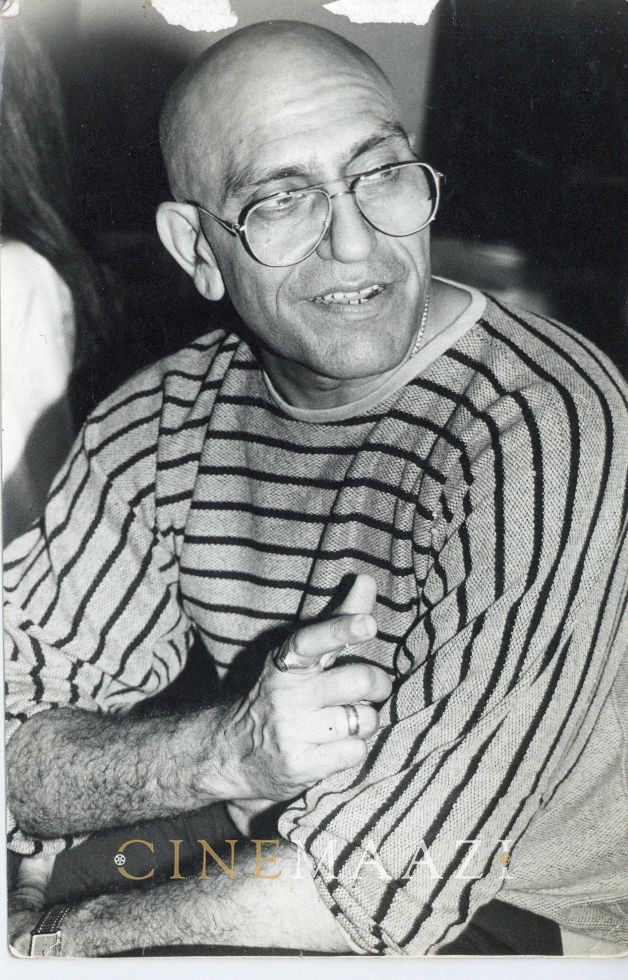 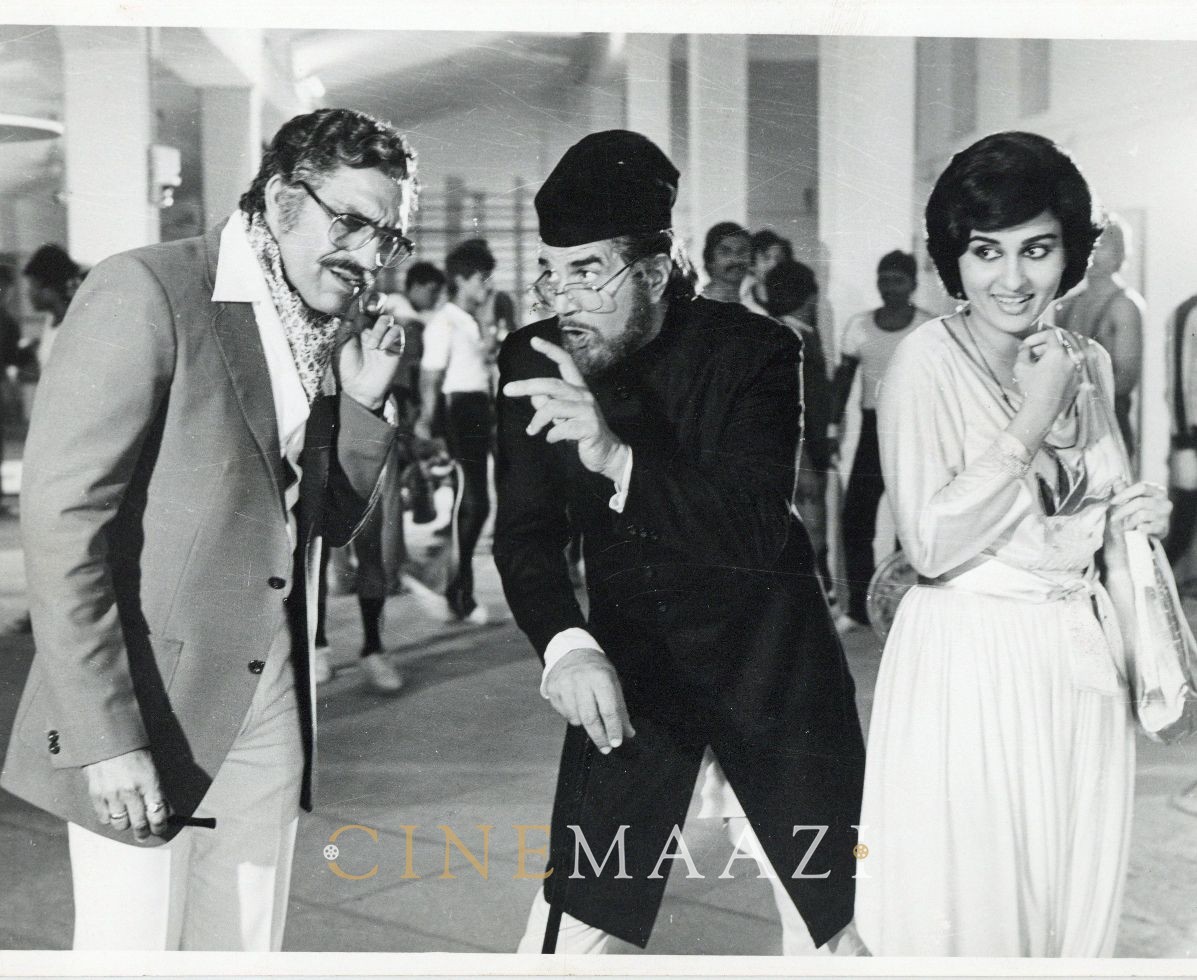 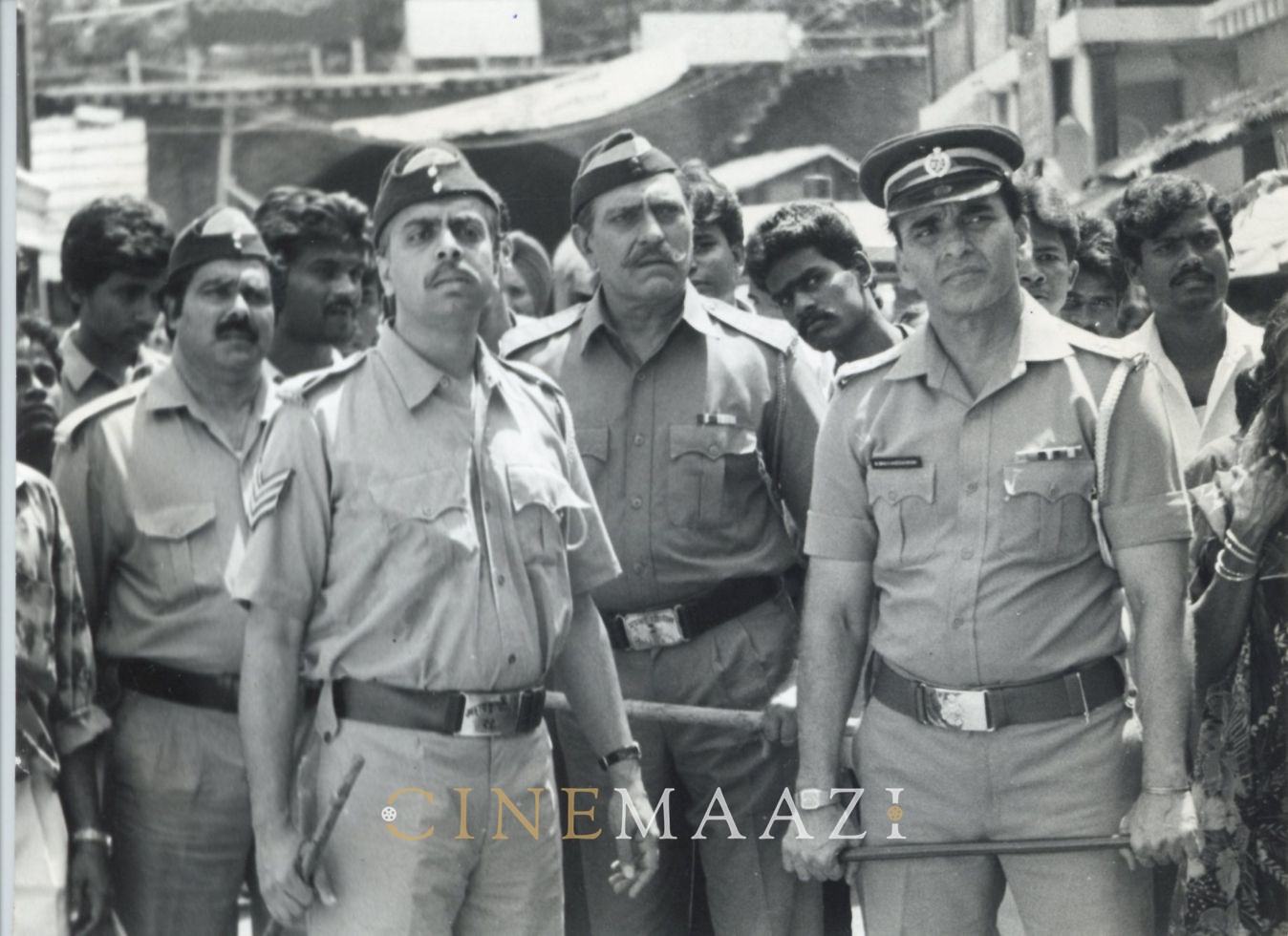 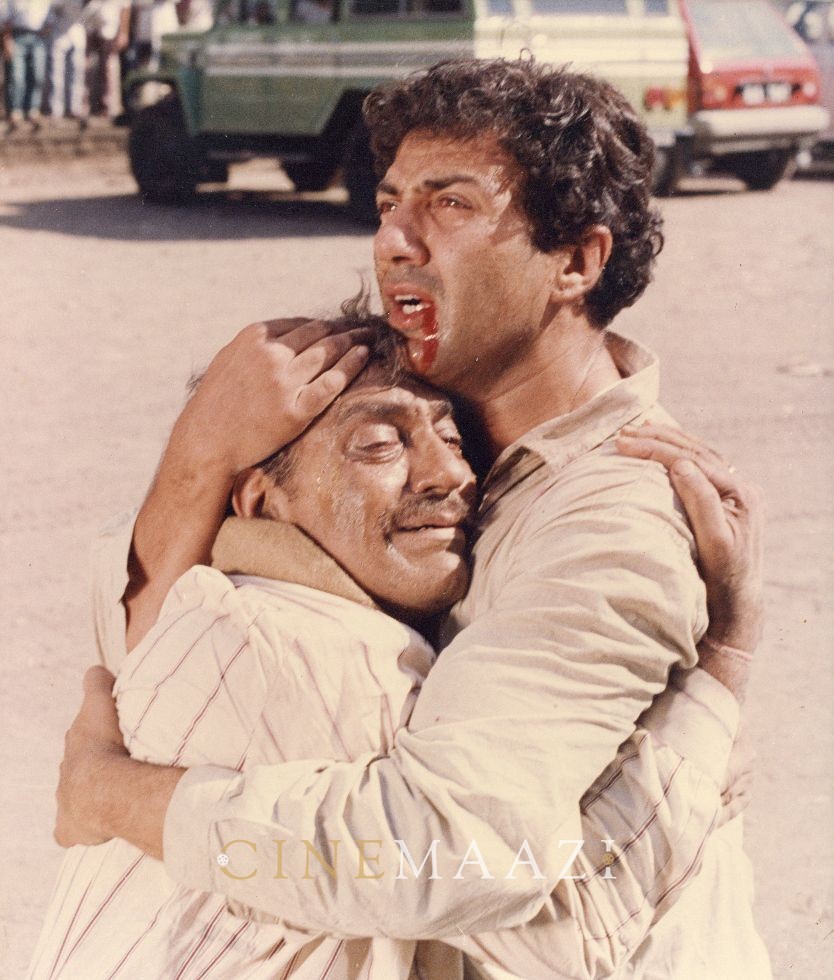