Fiza is on the edge, hoping that her brother Amaan, who has been missing for nearly six years, will return home some day.

Nishatbi, the widowed mother of Fiza and Amaan, is more than optimistic that happiness will once again re-enter her little home.

The mother and daughter strive to lead their lives normally, but are always beset with the question Where is Amaan? Refusing to come to terms with his gnawing absence, and after making every effort to trace him, Fiza sets out to determine whether Amaan is dead or alive.

Using various methods be it through the media, politicians or the law force. Fiza embarks on a mission which brings her into contract with various characters and situations.

Emotional and dramatic, the story looks at family relationships, besides infusing romance in the characters of Shehnaz, the neighbourhood girl whom Amaan loved deeply, as well as Fiza's college friend, Anirudh, who admires her bravado and spirit.

Chances are that Amaan could have some compulsions which prevent him from returning home.

Chances also are that he had certain inescapable reasons for breaking away from the hearth and home.

Either way, can Fiza bring Amaan back home?

And if she can,......would life be beautiful once again for the devastated family?

Fiza narrates the dramatic story with Karisma Kapoor in the title role, Hrithik Roshan as her brother Amaan and Jaya Bachchan as their mother Nishatbi. 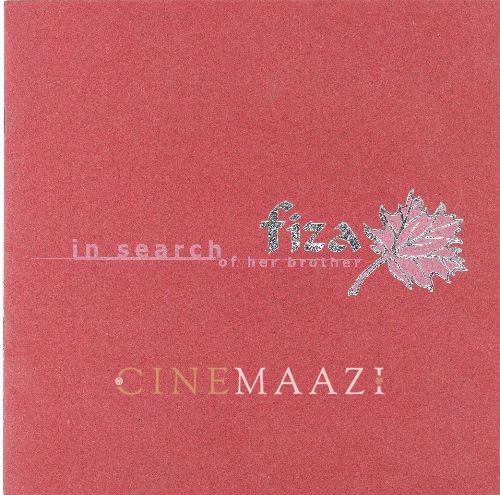