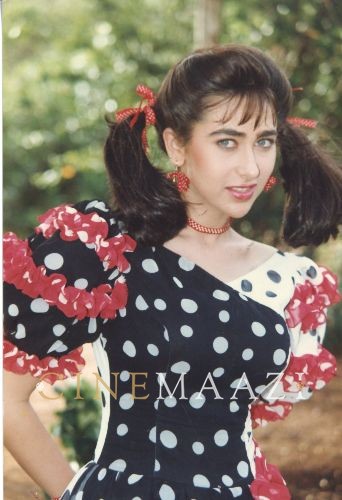 Born into, what is considered the Hindi film industry’s first film family, on 25 June, 1974 in Bombay, the first child of actors Randhir Kapoor and Babita, she is the granddaughter of legendary filmmaker and actor Raj Kapoor on the paternal side, and the great-granddaughter of actor Prithviraj Kapoor. Her interest in acting grew from childhood, inspired by actresses Sridevi and Madhuri Dixit. Schooled at the Cathedral and John Connon School, she quit Sophia College to pursue acting.

Karisma was 17 when she made her acting debut with the romantic drama Prem Qaidi (1991), cast opposite another newcomer, Harish Kumar. Her next five releases—Police Officer (1992), Jaagruti (1992), Nishchaiy (1992), Sapne Sajan Ke (1992) and Deedar (1992) all failed at the box office. Her action drama Jigar (1992) opposite Ajay Devgan, followed by the romantic drama Anari (1993) co-starring Daggubati Venkatesh, both became hits. While the following year saw her drama Muqabla (1993) succeeding, her other releases Sangraam, Shaktiman and Dhanwaan sank. While four of her 9 releases in 1994 flopped—namely Prem Shakti, Dulaara, Andaz and Aatish—David Dhawan's comedy Raja Babu (1994) was her first hit that year, followed by Khuddar, Suhaag and Gopi Kishan, the latter being both critically and commercially successful. The flop films Jawab (1995) and Maidan-E-Jung (1995), were followed by the blockbusting David Dhawan comedy, Coolie No. 1 (1995) in which she co-starred opposite Govinda.

Of her 10 releases in 1996, five were flops, namely Papi Gudia, Megha, Bal Bramhachari, Sapoot and Rakshak. On the plus side, Saajan Chale Sasural (1996), Krishna (1996), and Jeet (1996) were commercially successful, with Karisma also winning praise for her performances. The breakthrough, however, came with Dharmesh Darshan's Raja Hindustani (1996) in which she starred opposite Aamir Khan. Her performance as the rich young girl who falls in love with a handsome taxi driver, won her, her first Filmfare Best Actress Award. The highest-grossing film of the year, it established Karisma as a leading actress of Hindi cinema. Her last release of the year, the actioner Ajay (1996) with Sunny Deol was also a hit.

The following year she starred in the hit comedy film Judwaa (1997), and Hero No. 1 opposite Govinda which was a critical and commercial success. The lacklustre Lahoo Ke Do Rang (1997) and Mrityudata (1997) were followed by the best of the year—Yash Chopra's musical romantic drama Dil To Pagal Hai. The film was not only a huge success, becoming the second highest-grossing film of the year, but it also won Kapoor accolades. Her performance as Nisha, the perky dancer who secretly falls in love with her best friend (Shah Rukh Khan), but unites him with the girl he loves (Madhuri Dixit), saw her pick up the National Film Award as well as the Filmfare Award for Best Supporting Actress.

Four hits followed in 1999, namely Biwi No.1, Haseena Maan Jaayegi, Hum Saath-Saath Hain: We Stand United, and Jaanwar. Thus, she marked her presence as the most successful actress of the year. The year 2000 brought one of the biggest hits of the year, Dulhan Hum Le Jayenge (2000), followed by the dismal Chal Mere Bhai and Hum To Mohabbat Karega. She ended the year on a high with Khalid Mohamed’s critically acclaimed semi-hit crime drama Fiza (2000), in which she played the title role of a girl in search of her brother. Winning her second Filmfare Best Actress Award, she was praised for her performance which displayed emotional range and depth.

Breaking free of the strictures of conventional commercial cinema, she underlined her acting chops again the following year, playing actress Zubeida Begum who perishes in an air crash with her husband, Jodhpur ruler Hanwant Singh Rathore in the Shyam Benegal-directed Zubeidaa (2001). Essaying the passionate, defiant, troubled Zubeidaa, she won the Filmfare Critics Award for Best Actress. While her next, Aashiq (2001) proved to be a modest success, Suneel Darshan's Ek Rishtaa: The Bond of Love (2001) ranked among the biggest hits of the year.

While Karisma did win praise for her role as the fiery mother out to save her son in Shakti: The Power (2002), neither the film nor her other releases of the year, Haan Maine Bhi Pyaar Kiya (2002) and Rishtey (2002) set the box office on fire. After the lacklustre Baaz: A Bird in Danger (2003), and her television series debut Karishma - The Miracles of Destiny, she went into a hiatus.

Returning to the big screen with a lead role in the supernatural thriller Dangerous Ishhq (2012), she forayed into television as a celebrity judge on the dance show Nach Baliye, and featured in the comedy show Hans Baliye, as well as reality television show Wife Bina Life. She made her entry into the OTT space with the web-series Mentalhood on ALTBalaji.

Celebrity endorser of several brands, Karisma has been part of numerous fashion and stage shows, also supporting charities such as the Being Human Foundation, HELP! Telethon Concert, and Pinkathon for breast cancer awareness.
Married to industrialist Sunjay Kapur, the couple has a daughter Samaira and a son Kiaan. They divorced in 2016. 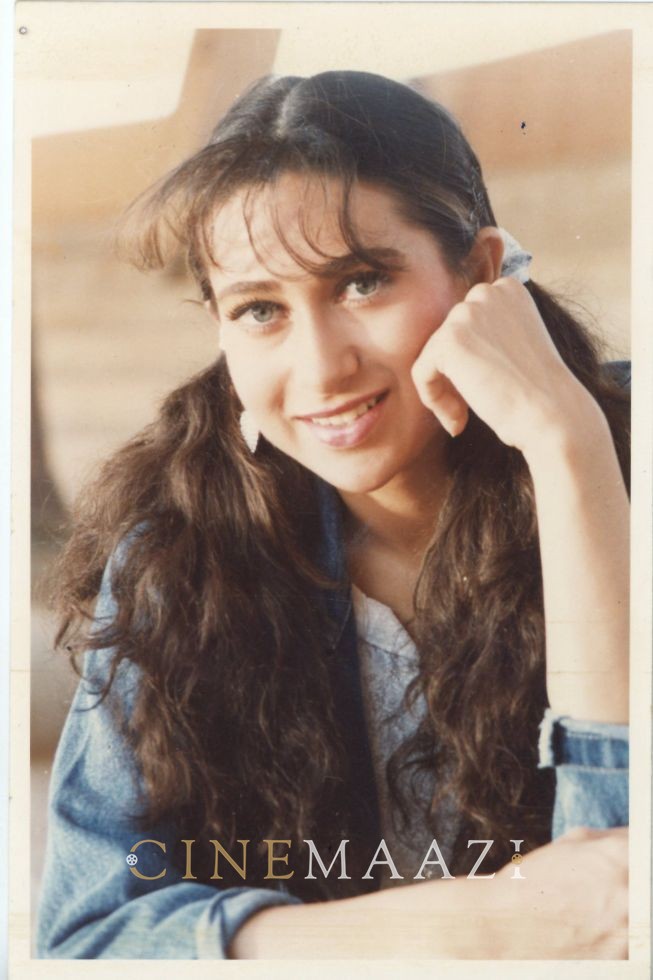 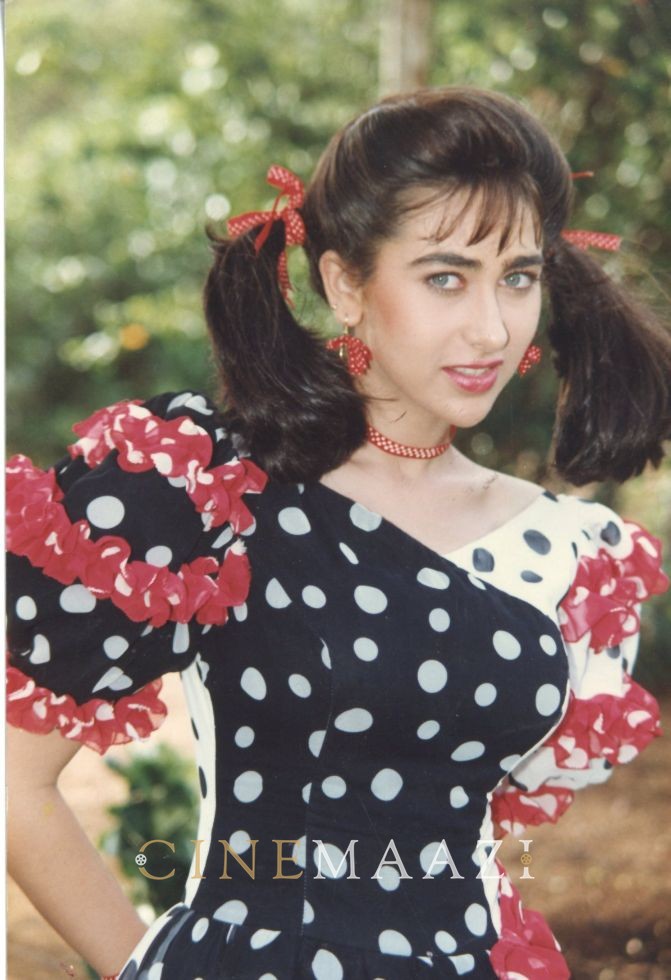 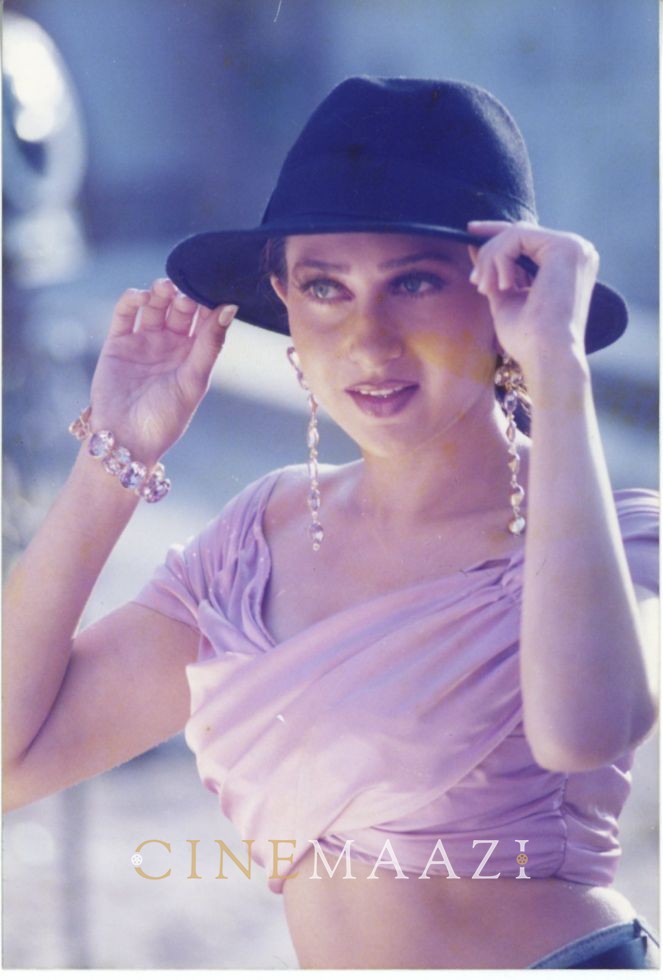