Home Minister Bhavani Shankar (Shakti Kapoor) is an ambitious wild and wicked man whose only aim in life is to overthrow the Chief Minister (Alok Nath). He spreads a reign of terror all around the state to fulfil his dream. He uses weapons like murder, rapes, riots and every form of atrocity to see that he gets what he wants. But there is the young and daring and honest police officer Suraj (Govinda) who comes in his way every time. He frustrates every wicked plan made by Bhavani Shankar. Suraj's daring efforts are appreciated and applauded by the people and even the Chief Minister. At this point Bhavani Shankar becomes the most dangerous enemy of Suraj. A battle begins between them.

Suraj's elder brother, Arun (Arun Govil) is a fearless newspaper editor who with the help of the mayor Chandraprakash (Satyen Kappu) wants to expose the black deeds of Bhavani Shankar. He wants to expose him before the Chief Minister. Bhavani Shankar hires a professional killer Chakku Pande (Puneet Issar) and gets both the editor and the major killed. Suraj swears to avenge the killing of his brother, Arun.

There is another character Rajnikant (Govinda in double role) who lives his own life with his girlfriend Rani (Madhoo) who sells chicken to make a living for herself and her alcoholic father. Rajnikant protects Rani from all evil, especially from the evil eye of Bachcha Thakur, the "dada" of the basti. Rajnikant's mother gets Rajni and Rani married. Bachcha Thakur forcibly tries to take away Madhoo on their wedding night. Rajni fights his most daring fight to save Rani. He chops off Bachcha Thakur's hand. He is arrested and jailed.

On the other side the wicked Bhavani Shankar succeeds in framing Suraj for the murder of Mayor Chandraprakash and his brother Arun. Suraj is also jailed. Suraj meets his look-alike Rajni in jail. They become friends. Rajnikant tells Suraj he is going to be released soon. He works out a plan. He tells Suraj to become Rajni, go out and take revenge on his enemies. Rajni decides to become Suraj and stay in jail. Suraj becomes Rajni, comes out of jail and meets Rani and tells her the truth. He also meets Rani and tells her the truth. He also meets Rajni's mother. Rani comes to meet Rajni in jail. At the same time, Neha (Shilpa Shetty) arrives. There is some confusion but it is resolved soon.

Bhavani Shankar plans to get the Chief Minister killed. Suraj comes to know of the plan. Bhavani Shankar sees Suraj. He sends inspector Prabhakar (Tej Sapru) to kill Suraj. There is a fight. Rajni's mother comes in the way and is killed. Suraj reaches Rajni in jail and tells him about the death of his mother. Rajni seeks permission to perform his mother's last rites. He doesn't come back. He starts a wild hunt to find his mother's killers.

Bhavani Shankar works out one more evil plan. He plans to get Suraj released from jail. He plans to kill the Chief Minister and then put the charge of murder on Suraj. Suraj however escapes and saves the Chief Minister from the murderous assault of Chakku Pandey. Suraj wants to catch Chakku Panday because he is still alive and Suraj has been framed for killing him (Chakku Pandey).  But Chakku Pandey is saved by Lata (Vijay Lalita) the wife of the Mayor who has now joined hands with Bhavani. Suraj disguises himself as an old Marwari businessman and Neha as his wife. They pretend to be the Mayor's old friends. They want to know the whereabouts of Chakku Pandey. They realise that Bhavani has hidden Chakku Pandey somewhere. Suraj and Rajni reach there. Bhavani Shankar also reaches there with his hired killers. There is a dangerous fight. Suraj comes to know that the Chief Minister is to distribute free milk to poor children. He also knows that Bhavani has poisoned the milk. Suraj rushes there. He has a fight to the finish with Bhavani and kills him and saves the children and the entire state from the evil hands of Bhavani Shankar.

With the story of Suraj and Rajnikant also runs the story of Pyarelal (Laxmikant Berde), a havaldar and his wife, Phoolan Devi (Jay Lalita) who is a sub-inspector. Phoolan becomes a sub-inspector on the day they are married and she doesn't give Pyarelal permission to touch her. She commands and Pyarelal obeys. Pyarelal is sick of his wife's brow-beating. He somehow gets her suspended. The roles are reversed. Now Pyarelal commands. But she still manages to see that he doesn't touch her. One day Phoolan is recalled on duty and she starts commanding the unlucky and unfortunate Pyarelal again. 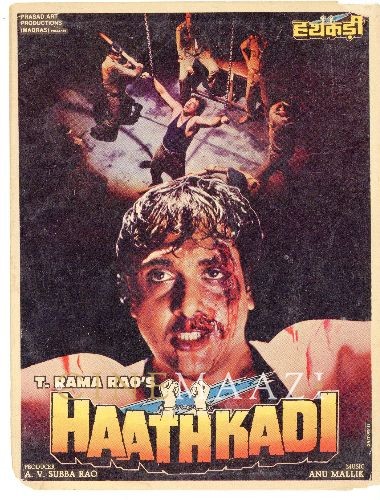 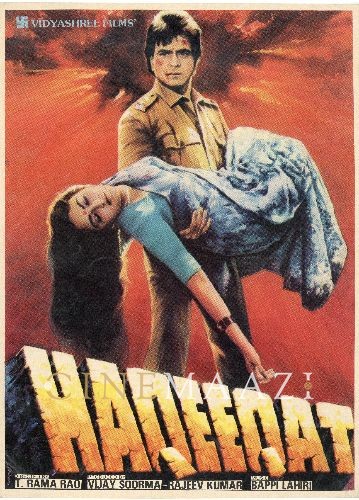 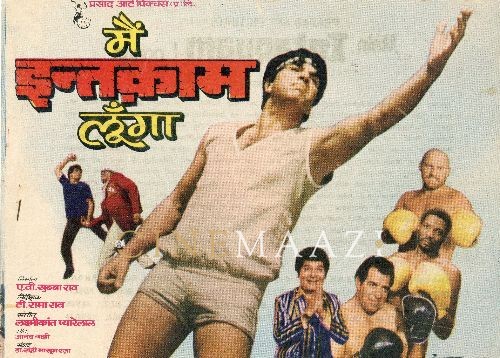 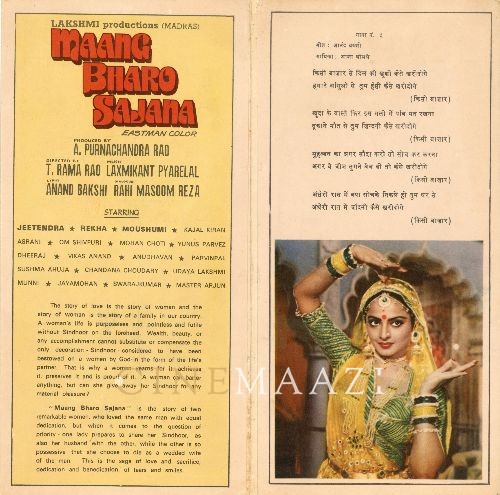