SINGH GARH was a big state in Rajasthan in medieval times. Many small states and Jagirs were contained in it. Rajgarh was one of these State, whose Ruler was the secret enemy of the Ruler of Singh Garh, but being weak enough, could not dare declare his open defiance.

Rana Bikram Singh was one of the Jagirdars of Singh Garh. He was kind philanthropist, broad-minded and brave. Thus he was loved by his people. This created jealousy in the Dewan of that State. Dewan Ajit Singh and his vicious followers somehow managed to poison the mind of the Ruler against Bikram. They succeeded ultimately to get Bikram externed from the State for 20 years. All his belongings, etc. were confiscated.

Bikram was now out of his state. His dutiful wife, who was about to give birth to a child was with him. As luck or ill-luck would have it, they took shelter in Rajgarh - a small state. The Ruler of Rajgarh (Bal Ram) and his Dewan Bhanamal finding Bikram there, tried to win him over and with his help they contemplated to take revenge from the Ruler of Singh Garh. Wealth, Land, Honour, Titles and highest office were offered to Bikram. But he spurned off everything, as he was not prepared to defy his motherland. Patriot Bikram was now a labourer. This high character of Bikram created much fear in Bal Ram's mind and he ultimately ordered his innocent arrest. Bikram was caught abush and put behind the bars. His wife was unaware of all this. They were now separated. She was about to deliver. Atleast she took shelter in an adjoining temple, whose Pujari was a real sage. Child was born then.

Sentiments overpowered Bikram and he got himself out of jail. But he could not meet his wife. Revengeful Bikram was not the leader of Dacoits (known as Sangram). He was out to smash the power of Raj Garh one day. 20 years he was busy in amassing strength to over-throw the state of Raj Garh his enemy state.

On the other side, the small child grew up. He was famous for his bravery and kind-heartedness. Darbar of Raj Garh bestowed favours on him. He was known as a Brahmin as he was brought up by Baba, the Pujari. Young Omesh and young Rajkumari - the only daughter of Bal Ram whom he brought up like a male child and who was a warrior, ultimately fell in love with each other, Their secret meetings in Rajmahal were somehow known to Dewan Bhanamal-Sangram also was a great terror now.

Taking advantage of Omesh's simplicity and bravery, Bhanamal induced him to arrest Sangram and in reward get Rajkumari's hand. He set out to arrest Sangram. At this moment Sangram decided to invade Raj Mahal of Bal Ram and take his revenge by routing all his Royal power. This was a great complicity. How the man-Bikram played his human part-How his son over-powered his father-How Balram and his daughter took all this catastrophe-How all this mystery was ultimately divulged-Then come to see "INSAN". 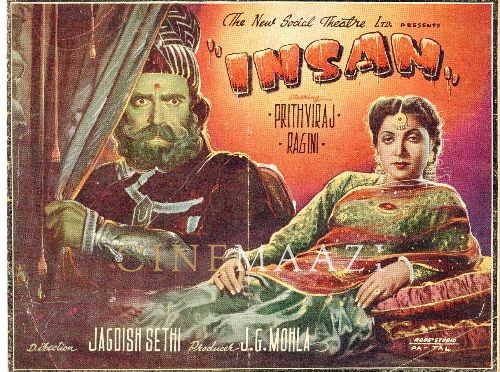 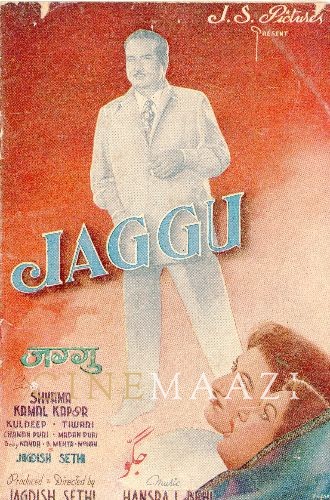