The Principal (Nemo) of a Music College for Girls, quite with himself for the arrangement made for the annual social, finds his apple cart upset at the eleventh hour; not knowing what to do, he is at his wit's end, when contrary to expectations, Kusum Kumari (Kanan Devi), a student of the college, much against the Principal's wishes, plays a gramophone record, which astonishingly solves the knotty problem. An unknown and unacclaimed poet is the composer of the beautiful song. The ever-alert Principal seizes the opportunity and brings this poet (K L Saigal) from his native village. The poet rents a room in a mansion where incidentally Kusum Kumari, who is indirectly responsible for his job, occupies the top floor.

The poet chooses Kusum Kumari to sing at the annual social of the Music College and coaches her.

Kusum Kumari justifies the selection and progresses to the full satisfaction of her tutor.

Tutor and pupil spend many hours together practising and rehearsing in an effort to put up a fine performance at the social. Subconsciously the poet is being drawn closer and closer by the magnetic charm of this beautiful and talented girl.

The annual event comes off very successfully. Praises and honours are showered upon the girl. The poet goes unrecognised. He is pushed into the background. The impulsive and eccentric though talented poet receives a serious shock. He is ignored. He departs.

The president of the functions is a middle-aged highly successful unmarried businessman (Nawab). In his attempt to gain fame and wealth, he had found no time for anything but his work. He is on the top of the world now and for the first time in his life, he is attracted by the melodious voice and singing, and then by the beauty of this talented girl. He falls headlong into love with her. He desires to marry her. The Principal of the Music College makes the necessary arrangements. The father (Jagdish) of the girl is very pleased with the proposal, for after all one of the richest and most powerful men of the city would be his son-in-law. He accepts. The marriage is arranged. The eccentric and selfish poet hears of the coming event. He rushes back. He protests vehemently, and in the protest, he bursts out with his ardent love for the girl. The girl is painfully surprised. She had loved and respected him as her tutor and guide. The poet is frantic. What does the girl do? What can she do?

The marriage takes place. The girl lives like a queen. The husband adores her. Is the girl happy? or is she like a bird in a gilded cage? The husband senses that something is missing to complete her happiness. The girl confides in her husband. She misses her tutor. The tutor to whom she owes her present position. Comforts and joys which are hers now are the direct outcomes of his efforts, and he may be rotting somewhere, without food, without clothes, without recognition. She tells her husband that she had written to the poet but her letters had returned unopened. She could not trace him. The husband promises to find the poet. He must complete his beloved's happiness. He must give the poet all the name and fame he deserves. He moves Heaven and Earth. The poet is found. He is acclaimed. He is honoured and pushed to the top by the husband.

The girl is happy. The husband is happier. The poet misunderstands. He misinterprets the girl's motive. The old flame is rekindled. The misguided poet claims her. The girl dissuades him. Reason does not appeal to him. Love has driven him mad. He must have her. For a moment the husband misunderstands, she misunderstands her husband. The situation is tense. Three lives are hanging in the balance, she loves him who loves her not, and he loves her who loves him not - what a tangle! 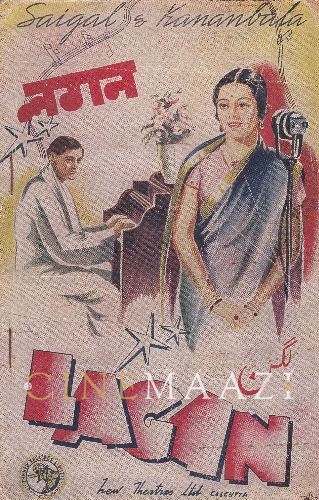