This is the story of two women, Roma and Saloni. Both of them were beautiful, gloriously beautiful, but there the point of similarity between the two ended. Roma was born and bred in society and was highly cultured and sophisticated, while Saloni was a child of Nature and was uncultured and unsophisticated. There was a difference of Heaven and Earth between their temperaments, their outlook on life and their ideologies.

Roma worshipped money while Saloni, money was dead stuff; if could neither purchase life, nor love nor happiness. So it was but natural that a meeting between the two should end in a clash and it did.

Like most beautiful women, Roma was ruthless driver. She would never have let her car rip on and on; only the black object in the middle of the road was threatening to be a check on her mad desire for speed and more speed. And that black object was Dulari, the pet goat of Saloni who lived nearby in her camp. Roma blew the horn but the animal refused to move even at the last moment with the result that the car ran over it.

Again, like most beautiful women, Roma knew no compassion. She would have driven on and on; only a little girl, jumping out from nowhere was in the danger of being run over too. Roma swerved the car to a shop. Saloni was stricken with grief but Roma had no word of sympathy. And that infuriated Saloni very much. She had never wished anyone bad before but she was doing it now. All her plans would crumble into pieces; all her desires would remain unfulfilled; she would run after happiness but would find only unhappiness till she loved someone with all her heart and soul and not her lips. Roma laughed in her face. She was no Sati Savitri. But little did Roma know that the voice of the oppressed is the voice of God. Little did she know that Saloni's curse had already started doing its work.

On reaching home, Roma got the rudest shock of her life. Sohan, with whom she was engaged to be married, had lost his all in the Stock Market and had become a pauper overnight. Roma hated poverty so she broke her engagement with Sohan and sent him away, a disillusioned and heartbroken man. Gopa, her sister, remonstrated with her.

She had sent away Kailash, the boy she had loved with all her heart and soul and she had sent away Sohan too just because they were poor but Roma brushed away her protestations by arguing that she was doing exactly what their father would have done had he been alive. When the parents got their daughters betrothed they never bothered to find whether the girl loved the boy or the boy loved the girl. All they were particular about was the family of the boy and whether he would be in a position to provide all the comforts of life to the girl and give her security. Gopa could not say anything. So Roma got herself engaged to Rajen who happened to be Sohan's first cousin and who also happened to be in love with Roma. Sohan had lost all his faith in women. He wanted to forget Roma and destroy his love for her. So he ran away from the city and sought shelter with the Banjaras. It was there that Sohan met Saloni and it was Saloni who restored back the faith that Sohan had lost in women. The wound in his heart began to heal and Sohan was happy once again and seeing him happy, Saloni was happy too.

Whiel in the city Roma was dreaming about her Wedding Day that was fast approaching. The Wedding Day arrived and with it came the evil news that Rajen had met with an accident. Roma rushed to the hospital only to learn that Rajen was dead. Saloni's curse had worked again.

Sohan was Rajen's sole heir; so he came back to the city. Much as he wanted to go back to his Saloni, circumstances did not permit him to do so. So at the suggestion of his family doctor and with the consent of her people, he brought Saloni to the city and entrusted her education to Roma, who had agreed to make a Society Woman out of Saloni.

She greeted Saloni with a smile on her lips ans venom in her heart and Saloni's intuition warned her of the potential danger that lurked behind her smile but Sohan reassured her that with him by her side, she had nothing to worry about and Saloni stopped worrying. Roma had fresh designs on Sohan, now that he had come back in money. So she conspired with Randheer, an Artist of ill-repute and managed to create a misunderstanding between Sohan and Saloni, resulting in their separation. And then finding her way clear, Roma spread the net of her charms but Sohan refused to walk into it. Furious at her failure, Roma came back home to find Kailash who had come back rolling in millions. And when he pressed his sit, Roma accepted him. And so the Wedding Bells began to ring again and again Roma was frightened lest Saloni curse may follow her here too.

Did it? What happened to Sohan and Saloni? Only Roma could remove the misunderstanding between the two ? Did she? Come and find it on the Silver Screen. 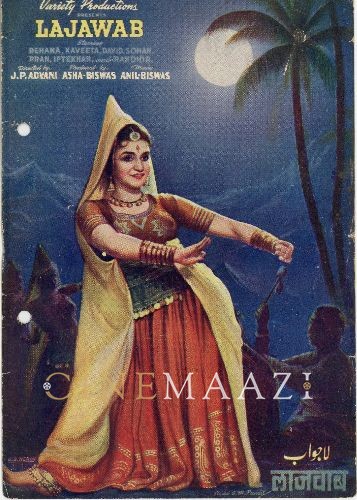 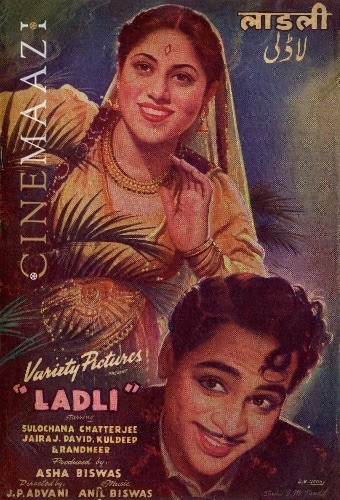 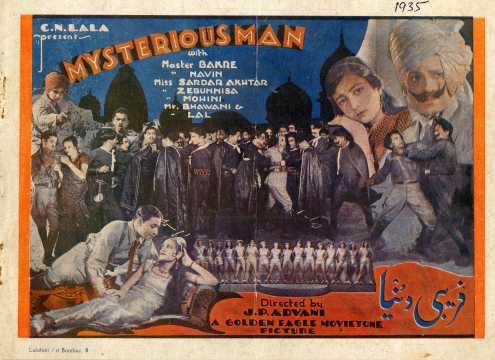