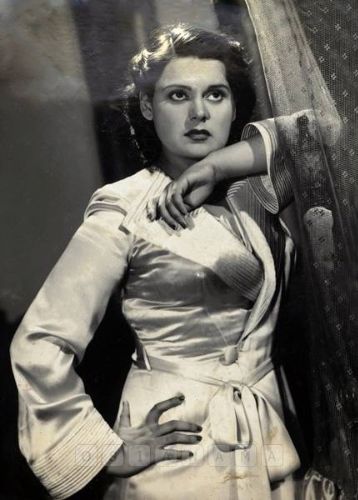 Arguably the best answer to male villains like Pran, Kuldip Kaur made her name as one of the most memorable and stylish female antagonists. She played these roles to great perfection and with so much panache that for every producer who wanted a foil for the innocent and virtuous heroine, Kuldip used to be the first choice. And the professional artiste that she was, she never objected to playing the vamp.

Born in 1926, Kuldip hailed from a Sikh Zamindar family of Attari in Punjab. The proverbial silver spoon, however, vanished with the death of her father when she was only two years old and the property was passed on to her uncle. Extremely naughty from childhood, she was known as a tomboy and actually played the hero in school dramatics. At 14 she was married to one Mohinder Singh and two years later became a mother.

Kuldip’s career as an actress began with Roop K Shorey’s Mukhda (1951), but the film couldn’t release in its due time. Due to partition a lot of artists migrated to Bombay from Lahore. Kuldip was one of them. In spite of family opposition, she came to Bombay with the desire to express herself in some artistic form, leaving behind all her belongings. Pran, who had then already established himself through his roles in Pancholi pictures, also came to Bombay with Kuldip.

Then came Grahasti (1948) which was a box office hit, where she played the modern, sophisticated woman, utterly intolerant of her home and husband. In real life too, her marital situation had never been ideal. Her struggles with an abusive husband and regular fights turned Kuldip into a strong woman. Thus her roles of a belligerent and envious wife, or a mistress or the ‘other woman’, were immediately impressive as she put her heart and soul into them. From picture to picture, her popularity rose and though some of her fans thought that she was typecast, they also knew that she could do sympathetic roles as in Rakhi (1949)

She achieved success with her role as the other woman opposite Munawar Sultana’s suffering wife in the film Kaneez (1949). Shyam played the husband’s role. Kaneez did not do well at the box office. It was with Samadhi (1950) and Afsana (1951), Kuldip became the top vamp on the screen. She was featured, along with Nalini Jaywant in the song Gore gore o baanke chore from the film Samadhi (1950) that became an all-time hit. In Afsana (1951), Kuldip was seen as Ashok Kumar’s adulterous wife, having an affair with her husband’s friend, played by Pran. Then in 1953 release Baaz also starring Guru Dutt and Geeta Bali, Kuldip played the role of a Portuguese woman hiding on a ship.

As a person, Kuldip Kaur was known to be quite different than the loud and mischievous characters she played on screen.

In a bizarre episode in her life, Kuldip was accused of being a Pakistani spy. But this turned out to be only rumours.

Kuldip continued working in films till the late 50s, but these roles did not become as popular as her earlier ones.

One day, while on her way to Haji Malang Dargah, she stepped on a nail and hurt her foot. Instead of going to the doctor, she took her injury lightly and chose to go to the Dargah. The next day, her foot got swollen with an infection and by that time it was too late. The infection spread rapidly in her body. Kuldip Kaur died on 3 February 1960 due to tetanus.  Some of her films like Yamla Jatt (1960) released after her death.