Thousands of years back, in the Treta Yug, in the house of king RATNAKAR SAGAR was born Vaishnavias the partial incarnation of “MAHAKALI”, “MAHA LAXMI” and “MAHASARASWATI”. She mastered all arts and sceinces at a very young age. As she grew up abode to the earth met Vaishnavi and in her heart kindled the light of love and devotion for Lora Rama. Her devotion to Rama was disconcerted by the pledge of her father, who had resolved to marry her to someone else. Confronted with such an insurmountable obstacle Vaishnavi deserted her home. King Ratnakar Sagar ordered his soldiers to bring her back. She was chased by her father’s soldiers and while evading, fell into a river. She was rescued by a great Sanyasi, who took her to his ashram.

While she was anxiously awaiting the arrival of her Lord. Lord Rama was advancing with brother Laxman, as the head of Vanar Sena towards Lanka to rescue Sita. Vaishnavi incidentally met Hanuman, who was astonished to know that Vaishnavi cherished the desire to get Rama as her husband. Hanuman assured of Lord Rama’s visit. He told her ‘if she recognizes him, she could fulfill her desire.’

On his way back, after killing RAVANA. Lord Rama did vist Vaishnavi but she could not recognize as alsa; he donned the robes of a Sanyasi.

Vaishnavi was desperate. Dev Rishi NARAD appeared and exhorted her to proceed to Trikut Parbat for Akhand Tapasya. The Akhand Tapsya was eternal though Treta Yug passed away and so Dwapar and then came Kaliyug. Vaishnavi was still penacing.

Kaliyug by his power created a demon called Bhairon Bali. He ruled over Jammu. He conquered the whole world, evon Swarag Lok. Indra was defeated and took refuge with his associates in Mountains. Naradji advised them to go to Lord Vishnu. Lord Vishnu said it was very difficult to demolish the demon. Naradji reminded Lord Vishnu of Vaishnavi and said that only she could kill Bhairon Bali. Lord Vishnu went to the place where Vaishnavi was meditating since Tretayug. He brought her to the existence again and gave her super powers. Devtas blessed her. Now, she was Mata Vaishno devi.

Mata Vaishno toured Jammu and exhorted people to rise against the tyrapny of Bhairon Bali. She told them they were suffering because they had forgotten Lord Ram. Narad Ji in order to create confronted situation, exhorted Bhairon Bali to get Mata Vaishno and marry her. ‘No woman was more beautiful than her,’ he told the lusty demon.

Incident after incident followed and ultimately there was a confrontation between the two. Fierce fighting took place and the demon was killed by “Bhagwati Mata Vaishno Devi”. 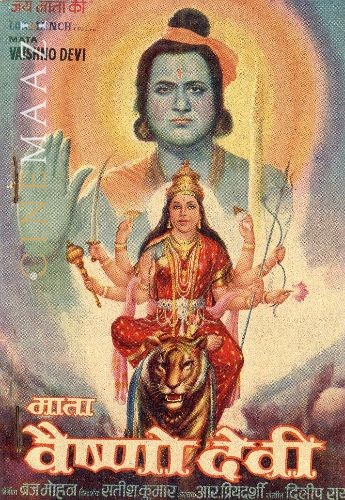 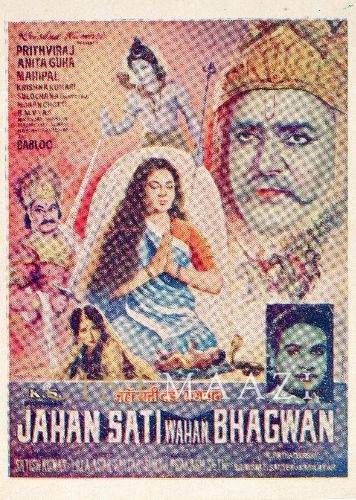