'My Friend' is the story of a father - Seth Motichand - a very liberal and broad-minded man, who treats his son Raju, a college going youth, as his friend. Raju's mother is a typical Indian woman who is baffled by her husband's ultra-progressive thoughts. She often chides her husband for spoiling the child. Seth Motichand's friends also keep warning him about his ill-contrived attitude but Sethji does not pay any heed to them.

Motichand doesn't drink alone. He normally has his son's company. Be it a session of playing cards, races, cabrets or a social event, he had his dear son Raju at his side as a constant companion.

Father throws a party at Hotel Horizon to celebrate the success of his son in an examination. In the Hotel they come across a very loveable cabret dancer, Julie, Raju takes to instant liking for this girl and even presents her with a diamond studded ring as a pointer of his love. The girl accepts the ring and she too is drawn closer to Raju but, somehow, she cannot make a decision.

One fine morning Raju comes to know that Julie has left the city. Raju is surprised and saddened.

Motichand and Raju come to Delhi to attend an important business matter. Here, once again, Raju meets Julie. But Julie is indifferent and callous in her posture. Raju leaves the hotel greatly disturbed by Julie's mysterious behaviour and literally drowns himself in liquor. After the cabret number, Julie stumbles across Raju and she takes him to her room.
There is a knock on the door. Seth Motichand wants to have a night's 'programme' with Julie. He had earlier been informed that it could be arranged at a suitable price.
Julie turns down the offer and she tells Motichand that she had a better man - her lover - in her bedroom. Motichand is shocked to find his son there.

Shamed by his guilty conscience Motichand returns to his home. He receives a phone call from Raju; he wants his father's consent for marriage. Motichand simply disconnects the phone. Only a few days earlier he had indirectly supported the marriage proposal and now....?

A very complicated situation arises because of Julie. Raju rebels against his father and leaves the home. Seth Motichand is unable to stop his son from going astray. How he could do it? Seth Motichand realises that he had forfeited that moral authority long ago on the altar of modernity.

In the meantime, a very strange situation confronts Julie. A man comes and claims to be her husband. Now at this juncture the story takes a dramatic turn and it is for you to guess whether Julie gets married to her beloved Raju or not ..... and what happens to Seth Motichand? 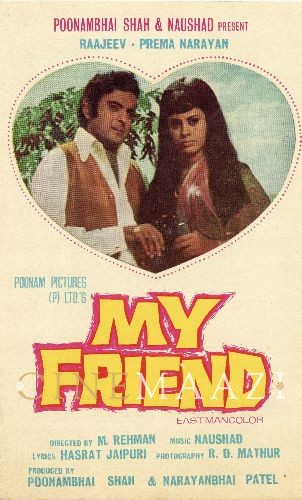