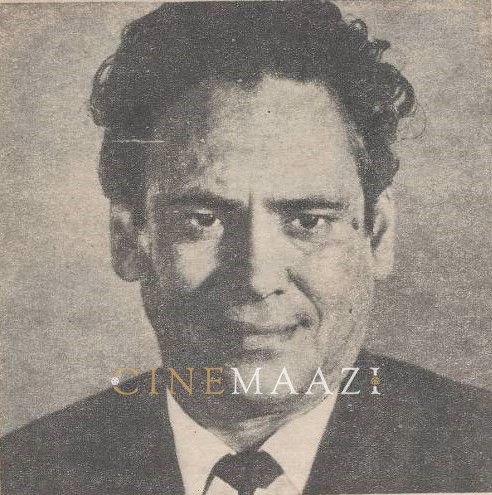 Hasrat Jaipuri was born as Iqbal Hussain on 15 April 1922 in Jaipur, which later became his pen-name when he took to writing Urdu poetry. He took his initial training from his maternal grandfather Fida Hussain ‘Fida’, who himself was a well-known poet, who brought him up in Jaipur after his father (a magistrate in Sawai Madhopur) died of a ruptured appendix. From a very young age, he had an eye for beautiful girls which helped him write some very romantic love songs for films. First, he fell in love with Radha, a girl from his neighborhood. It was for her he wrote his first poetry at the age of 20.  After completing his matriculation in the English language, he learned Persian and Urdu from his grandfather and later in 1940 moved to Bombay in search of work to write for Hindi films.

Though Filmistan liked the songs he wrote he was rejected on account of not being famous. Seth Jagat Narayan was making a film called Shayar (1949) where Ghulam Mohammad was the music director. Hasrat wrote one song for the film only to find the song was never included in the film. In times of need, he had to take odd jobs like selling tickets in cinema halls, selling toys on footpaths, and also in a school and later ended up working as a bus conductor in B.E.S.T. for 8 years. This job was followed by a crockery business which was shut down by the Municipality’s Anti-Encroachment Department on two occasions and gave him a taste of the police custody.

But he never stopped writing. Once, he recited his poem in a mushaira, called Majdoor Ki Laash, and received great applause. Among the listeners, Prithviraj Kapoor was one and impressed with his writings he suggested Hasrat to meet Raj Kapoor for his new film Barsaat (1949). He wrote his first film songs for this film – Jiya beqarar hai and Chhor gaye balam. Ever since, he and his fellow lyricist Shailendra, together with music directors Shankar Jaikishan, constituted one of the most enduringly successful lyricists-composers team. This team became indispensable to Raj Kapoor’s R K films – also the first foothold in films of each member of this celebrated four-man team, with hits like Awara (1951), Anari (1959) and Jis Desh Men Ganga Behti Hai (1960).

Hasrat Jaipuri and his lyricist fellow Shailendra worked together for almost fifteen years. This hit pair started working with Shankar Jaikishan with Raj Kapoor’s Barsaat (1949) and ended with the film Sapnon Ka Saudagar (1968) when Shailendra died in 1966. Hasrat continued to work with R K Films and wrote one song for the film Ram Teri Ganga Maili (1985) - Sun sahiba sun, pyar ki dhun, and three songs for the film Henna (1991) which were also hits of that time.

Out of the 300 films which he wrote lyrics for, 116 films had music by Shankar-Jaikishan and 56 films had Hasrat as an independent lyricist. In all, he wrote about 1050 Hindi film song in his entire career. He recorded most of his songs at Famous Recording Studio, Tardeo. For Ritu Nanda's wedding, Hasrat wrote a special song Ladlee chali meri naazon ki pali which was sung by Mukesh. When Jaikishan passed away, he wrote a special obituary song, Geeton ka kanhaiya chala gaya.

Watching his fellow artistes from R K Films dying - first Shailendra, then Jaikishan, Mukesh, Shankar, and then Raj Kapoor - broke him to the core.

During his last years, Hasrat lived with his wife Bilquis, son Akhtar, daughter-in-law Azra and grandson Aadil in Juhu, Bombay. Hasrat's sons Akhtar and Asif continue to live in Bombay while their sister Kishwar is married and settled in Pakistan. These siblings are the first cousins of composer Anu Malik, the son of composer Sardar Malik, whose wife was Hasrat's sister.