Nili, a young beggar girl, lives by 'singing and begging' in the streets. One day, she could not get any alms, and unable to bear the pangs of hunger, steals a loaf of bread. A crowd chases her shouting "thief-thief".

The noise attracts the attention of an aristocratic gathering gat Meena Devi's residence - a lady patronizing fine arts and literature. All condemn and criticise the beggar girl, except Kumar, a sculptor and his friend Kant. Kumar disagrees with the rest, that nobility and excellence of character were the birth right of only blue-blooded people. They laugh and mock at Kumar, who leaves the place with Kant in disgust and in a revengeful mood.

As luck would have it, Nili finds shelter from the chasing crowd in a car which belongs to Kumar. Nili's presence is discovered and an idea flashes in his mind that she could be made a good instrument to avenge his insults. Nili is, therefore, taken home by Kumar as his maid servant.

Under the benign sway of the best education, training and refinements, Nili, the beggar girl, rises to the high pedestal of a cultured princess. Endowed with all the feminine charms, Kumar makes a statue of her. She serves as a model for his clay works. He treats her as a 'mould' for his art, while things relating to her senses and feelings are taking quite a different shape. The idea never strikes him that she a human being, made of bone and flesh, possesses a heart and feeling too. Nili falls in love with Kumar, while he, a lover of art and skill, remains a stone-hearted sculptor.

For months and months she waits, but without any response from Kumar. Kant advises her to have patience.

In a brilliant gathering of Pillars of Society, Nili is presented by Kumar as Princess Nilum Kumari. Those who had laughed at him, now pay homage and respect to her, befitting her exalted position. Prince Hamir actually falls in love with her. Kumar smiles at his success. He had succeeded in lowering those proud heads before the very girl, whom they had branded "mean, low and a social curse".

Kumar was elated and glad over his success. Nili again tries to search his heart, but either he had no heart, or love for art and skill had turned it into a stone, devoid of all feelings and emotions. She drags him to his studio and delineating each statue and model made by him, tries to rouse him form his long slumber, arguing that human beings are not mere models of stone and clay. The heartless sculptor listens like a statue. She leaves the house in utter disgust.

Kant rushes to save Nili. He saves her from ending her life, and brings her back to his place. Prince Hamir wanted to meet Princess Nilum Kumari again. On is insistence. Kant promises him to bring her to the party. Hamir intends to propose marriage. Kumar comes to know about it, and wants to stop it by exposing the identity of the so called Princess Nilum Kumari. Kant tries to prevent Kumar, but he is adamant. 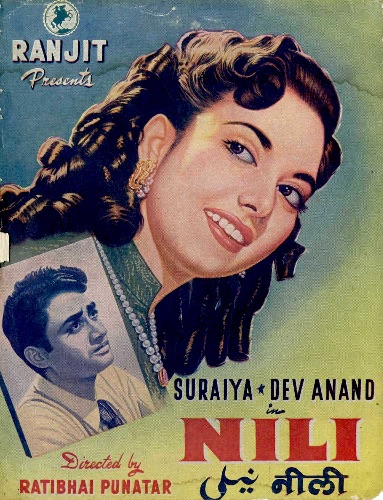