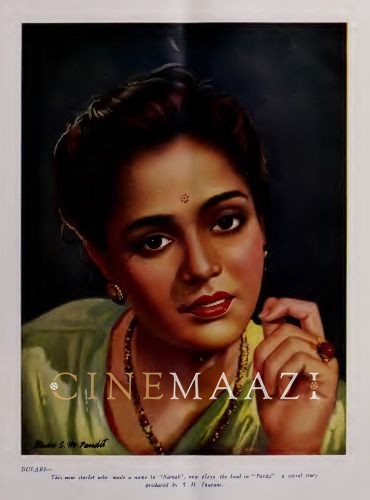 From the mischievous young sister to the sensitive, loving mother; from the bold, selfish vamp to the self-sacrificing best friend, Dulari wore many hats on screen and delivered the best in each of them.

Dulari was born on 18 April 1928 in Nagpur as Ambika Gautam to father Vithalrao and mother Draupadi. In 1940 Dulari’s father joined a theatre company that made the entire family shift to Bombay. While in Bombay, Dulari did a few small roles in Faredoon Irani’s theatre company. Dulari’s father built a strong acquaintance with one Roop ji (a sound recordist) from HMV records who helped Dulari get work in films as an actress.

Ultimately, Dulari landed a role in Bombay Talkies’ Jhoola (1941). She played the role of a young girl living in an Ashram. Next year, she got brief roles in Roti (1942) Jawani (1942) and Apna Paraya (1942). In the film Jawani, she played the role of Husn Bano’s friend.

After working in films like Adaab Arz (1943) - where she played the second lead opposite Mukesh, Hamari Baat (1943) – she played Jairaj’s younger sister, Amanat (1943), Ghar (1945), Kul Kalank (1945), she got her big break as a lead actress in 1946 with the film Parda (1946), produced by S Tharani and directed by Maheshchandra. Dulari was cast in the leading role opposite the newcomer Indriya Daman, who later became the famous actor Shekhar. Others in the cast were Madan Mohan, Rekha Devi and Shabnam. Not much information is available on the film except for a few public announcements and posters in Filmindia magazine of 1946. It reportedly never found a release.

Dulari got her real due with Filmistan’s Shehnai (1947) where she played the role of Rehana’s elder sister and her leading man was Mumtaz Ali. The famous Aana meri jaan meri jaan Sunday ke Sunday song from the film was picturized on her which was composed by C Ramchandra. She was paired with Raj Kapoor in the 1953 release Paapi, also co-starring Nargis. Her performance in Mahesh Kaul’s Jeevan Jyoti (1953) was also much appreciated. In Bimal Roy’s Devdas (1955), two songs, Aan milo, aan milo shyam savere and Saajan ki ho gayi gori were also picturized on her.

While shooting an outdoor scene for the film Surya (1989), Dulari met with a small accident. She had to run with a crowd of 200 junior artists and while running she fell. It was her co-star, Salim Gaus who saved her from being crushed under the crowd. After this unfortunate incident, Dulari decided to retire from the industry. But after many years, she again did a small role in the film Ziddi (1997) directed by Guddu Dhanoa.

Dulari’s husband passed away on 8 July 1972. After retiring from acting, Dulari stayed in Mumbai for some time, and then in 2002 she moved to Indore to live with her daughter. In a career spanning 65 years, Dulari did 171 Hindi, 35 Gujarati, 3 Marathi and 1 Rajasthani film and also acted in a TV serial called Waqt Ki Raftaar.

The Alzheimer’s disease took a toll on her health in her 80s and she end up in an old age home in the later years of her life. Dulari passed away on 18 January 2013 in Pune at the age of 85. 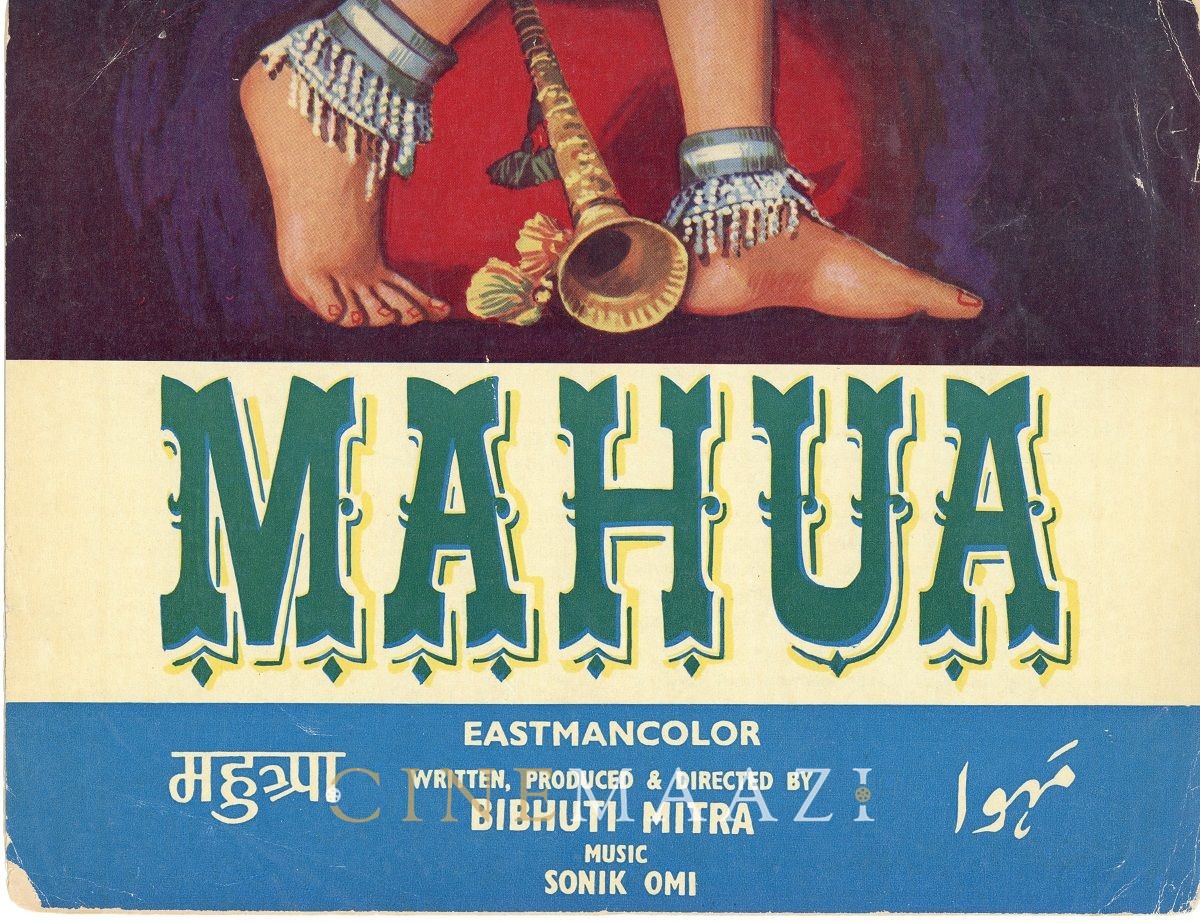 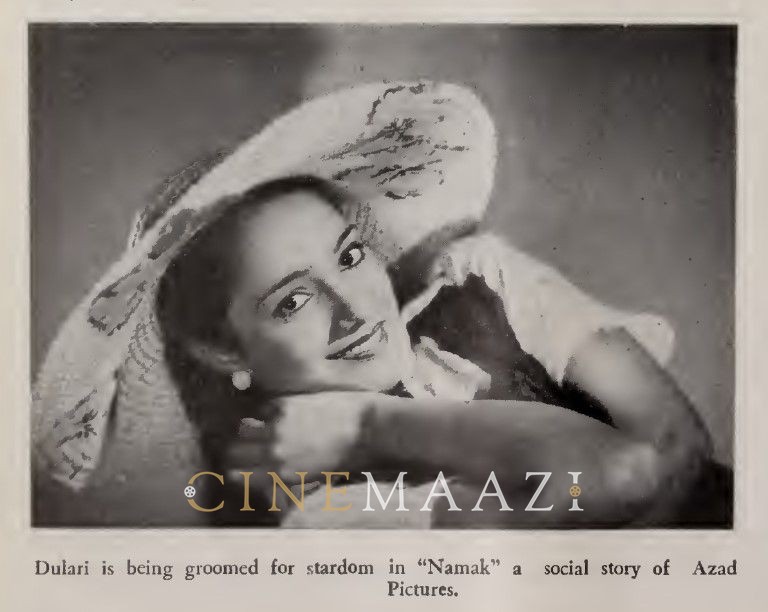 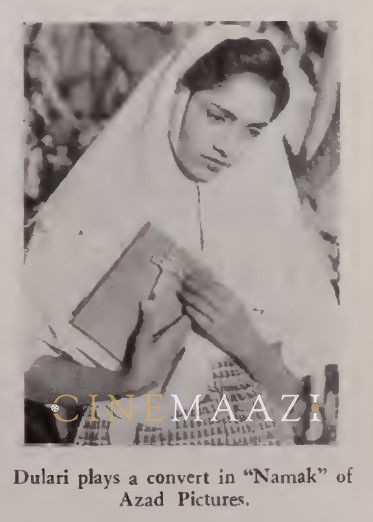 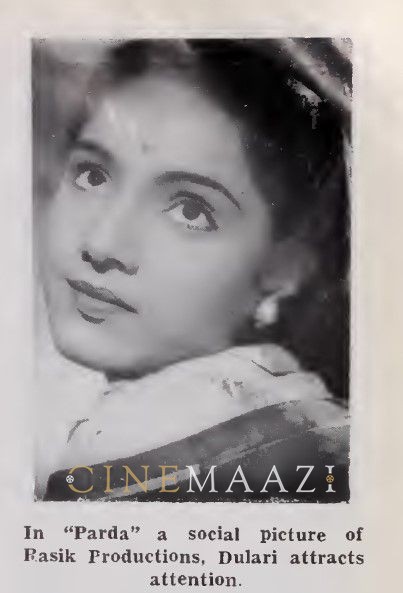 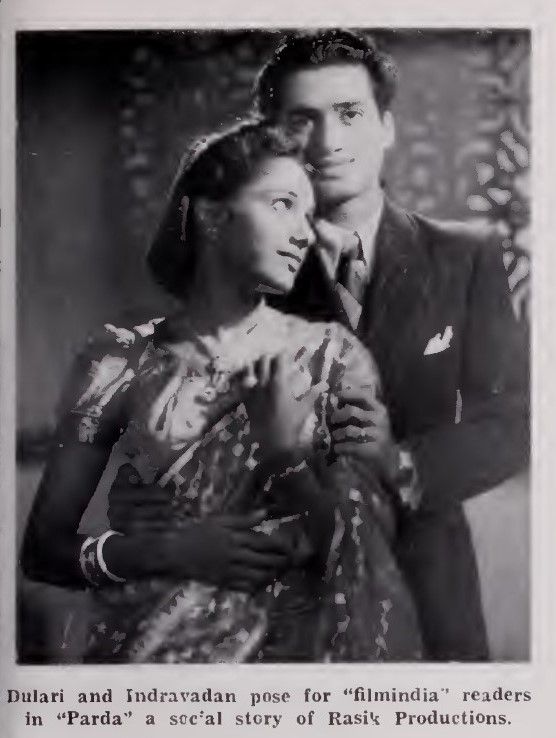 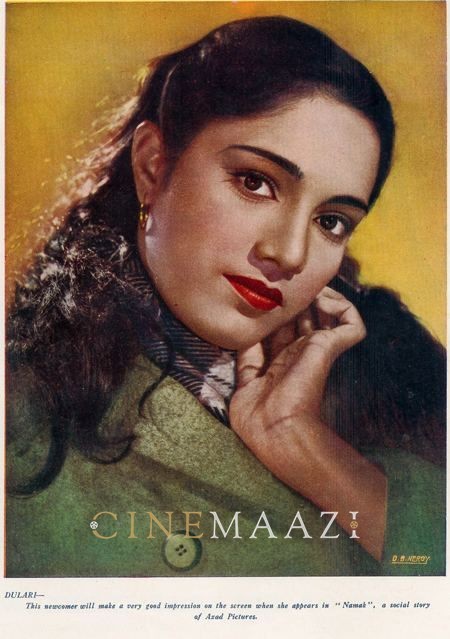