"Raakhi ki Saugand" is the story of Jagannath an honest truck driver, who was living happily with his younger sister, Munni. Their family comprised of only these two. They loved each other more than anything in the world. On Raakhi day, after getting the Raakhi tied, Jagannath went to Poona to fix-up the marriage of his younger sister.

"Raakhi ki Saugandh" is the story of Ranjeet who was living with his blind, younger sister. Her marriage was the dream of Ranjeet and he wanted to fulfill his dream by hook or crook and he went astray.

Seth Chamanlal, an elite of the city was living a dual life. He was a big dacoit also. One day he, along with his companions successfully broke-open the safe of a bank, and robbed away most valuable diamonds worth millions. Police was after the culprits.

Chamanlal  and his companions were running for safety and they found themselves hiding in the house of Jagannath.

Here, they saw Munni, the beautiful sister of Jagannath bubbling with youth. The devilish passion arose and they all molested and raped her. They satisfied their animal instinct of passion at the cost of her life.

Jagannath, happily reached home to break the news to his sister but was shocked to see his sister lying dead.

On the pyre of his sister Munni - he vowed - he would not leave any stone unturned to find out the culprits and punish them to extinguish the fire of vendetta, burning in his heart.

And Jagannath's Mission of life was VENDETTA.

See this on the screen, with so many thrilling episodes, which weave this unique and masterpiece story of Vendetta.

THE UNFORGETTABLE STORY OF VENDETTA. 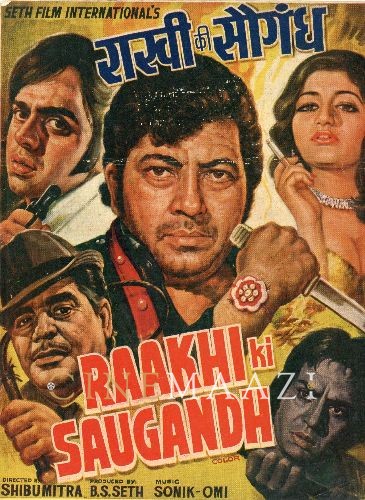