David (Mithun Chakraborty) is a grave digger, illiterate. But wise. He lives with his foster mother Mary Aunty (Helen) . He lives on a dream, the dream of making his younger brother a doctor, a good doctor. His only other passion is liquor which, Mrs. D'Costa (Aruna Irani) provides him. Mrs. D'Costa, is a spinster who looks upon David as her own son.
Rachel (Pooja Batra) a final year MS HD student arrives at the village for practical study. There she befriends Mary Aunty and has a teasing relationship with David.

Tony completes his M.B.B.S and comes to the village but his wish is to take admission for M.D. He applies for the admission, with the help of doctor Joshi (Sachin) he gets admission but, doctor Joshi is unable to cancel the fees of 1 lakh rupees required for admission. Tony is given a duration of one month to arrange the money. He then comes to the village, with the intention of arranging finance but, he hardly gets a chance to talk about it to David.

Tony's vacation ends and he leaves for town. David gets emotional and gives him a locket. David also comes to know about Simran (Kashmira Shah) his little brother's girlfriend. Tony promises to bring her to the village next time. As he about to leave, Tony reminds David of the money he had asked for. David has no idea of to what he is talking, but promises him that he will arrange it and send it soon.

On a stormy night, David is drunk and frustrated as he has been unable to arrange the remaining money. A car arrives, in which there is a dead body. The man in the car says that, he is ready to pay him any amount if he buries that dead body. David buries the dead body and takes the money and then the car leaves. As David walks a few yards from the grave, he finds a locket lying on the ground. A sudden he realises that it's the same locket he had given to Tony.

He runs to the grave and digs it up. It is the dead body of his own brother, Tony. David is shattered, his whole world crumbles down. He promises himself to bury his brothers murderer in the adjacent grave. David then embarks on a trail. The trail of his brother's murderer.

Will he find them? Till then his nightmare continues.... 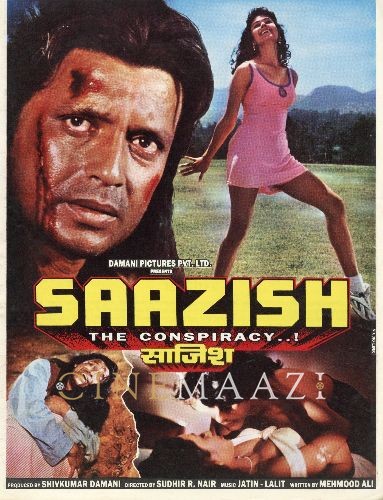