MARRIAGE: How sweet the word sounds and what breath-taking visions of divine bliss its magic spell unfolds?

Gown also was completely lost in her own world of dreams at her approaching marriage but cruel fate and human intolerance conspired together to blast her dreams. On the very day of the marriage her avaricious father-in-law Daulat Seth, incensed when the promised dowry was not forthcoming, dragged away the bridegroom Raja and the marriage party, leaving the bride behind.

Tongues started wagging and the village soon became too hot to live in for Gowri and her upright elder brother RatanBabu and loving Bhabhi, Shanti. Shattered in spirit and body, RatanBabu became bedridden and Gowri left for Bombay to bring help in the person of her other elder brother Lawyer Ramesh, unaware that Ramesh had been a victim of a plane accident and was suffering from loss of memory.

When Ramesh fails to recognise her in his mental condition she mistakes his action to be an effort to cut himself away from his poor relations. Ramesh's wife Kala and her mother turn her out with cruel insinuations and abuses. She resolves not to return to the village but to go in search of her husband and beg for her rights. On her way she is set upon by some rogues.

Raja who had come down to Bombay to earn his livelihood after a bitter quarrel with his father, comes on the scene accidentally and rescues her. He and his friend, Passing Show take her with them and get her refuge at the home of Passing Show's aunt. Raja does not reveal his identity to Gowri though he recognises her-as he is still unsettled in life. Gowri at first regards Raja only as a God-sent saviour but one day she overhears a conversation between Raja and Passing Show and learns the truth. The imp in her raises its head and without divulging her knowledge to Raja, she starts teasing him with loving words and endearing actions. Raja who had in the meantime become a film star and grown wealthy, is sorely perplexed at her behaviour, unsure whether it was not prompted by his changed status, ignorant as he was about Gown 's knowledge of his true identity.

RatanBabu and Shanti also leave the village and go in search of Gowri. They reach Bombay where Ratanbabu suddenly falls very ill.

Daulat Seth also is robbed of all his money and in a chastened mood he roams the streets and lanes of Bombay in search of his son Raja. Misery and tears take their toll and he loses his eyesight.

What happens to Ramesh and Kala?

Is Daulat Seth able to find his son Raja?

What happens finally to the cherished dream of Gowri? 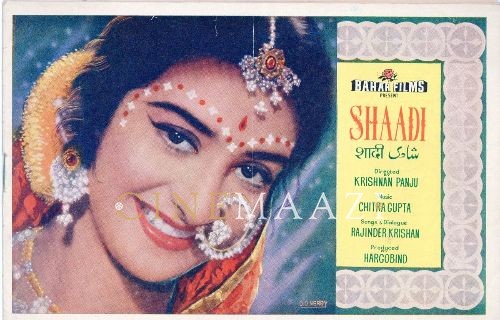