“SHAKUNTALA” is the story of  WOMAN—Woman’s battle with Man; her revolt against Man-made laws; her struggle for her rightful place and position.

There have been Shakuntalas at all times; from prehistoric to the present. They existed then as they do now. Let non-Shakuntalas emulate Shakuntalas in their individual lives for the betterment of Women’s world.

Here is the story of KALIDASA’S “SHAKUNTALA”.

Very long ago there lived a good and wise hermit, KANVA by name, who dwelt in his hermitage beside a river.

One day along the river-bank he saw a couple of Shakunt birds watching over a small girl-baby lying in a cradle of leaves and grass. Kanva picked the baby up and took her to his hut. He named her Shakuntala and brought her up as his own daughter.

She grew into a most beautiful and gracious maiden.

It befell that one day when Kanva was away, Dushayant, the young king of Hastinapur, reached the precincts of the hermitage in pursuit of a deer. He had just shot an arrow when a girl’s voice was heard crying “ Who dares slay our deer on our sacred ground?” Shakuntala went searching for the hunter.

Dushayant stood looking on Shakuntala’s beautiful face. Shakuntala looking up at him met his gaze and then—they fell in love with each other. And they were married by the Gandharva rite.

For a few days, husband and wife lived happily. But at last Dushayant dared not stay away from his capital any longer and sadly he told Shakuntala that he must go back. “I will send for you with a royal retinue as befits a queen”. Then he gave his signet ring to Shakuntala and departed.

For a time she was very happy. One day she sat dreaming of her husband when Durvasa Rishi came and called at her. She did not hear him and in a fit of anger h pronounced a curse which deprived Dushayant of his memory of Shakuntala.

Before long Kanva returned. Shakuntala did not know how to face him. But his words set her mind at rest. “You have done rightly”; then he gave Shakuntala his blessing.

Ignorant of the curse Shakuntala eagerly awaited the royal envoy to take her. But the days grew into weeks and the weeks into months and still no envoy came. Presently she became fretful as she began to show signs of motherhood.

“It is time for you to claim your rights, my daughter!” said Kanva. “Go to Hastinapur and bid Dushayant acknowledge you as his queen”. So with a small escort, ignorant of Durvas’s curse and without knowledge of the fact that she had dropped the signet ring while crossing the river, she went to the king’s palace and stood before Dushayant. He looked at her as if she was a stranger. “You are not my wife, I have never seen you before”. Still she pleaded, and still he denied her. “O, King”, she said with all the pride that was hers by right, “I will go; but know the truth that a woman has courage. This virtue though not admired by such as you, is honoured by the Gods. With courage I shall fight the world and make my Son a mighty ruler; he shall rule over an empire greater than yours”.

She turned away proudly and leaving Hastinapur went on and on until at last she found a peaceful haven in the Ashram of Marich Rishi. There she made her abode and gave birth to a baby boy. She called him Bharat from whom, Bharat Varsha took its name.

At Hastinapura a fisherman, in possession of royal ring was arrested and brought before the king. It was the signet ring; with the recovery of the ring, his memory restored. The king became remorseful and ordered for a thorough search for his wife. The search lasted for several years without avail. Thereafter Dushayant lived in utter despair for some time till he was invited by Indra-Dev to join him in a battle. On his way Dushayant happened to pass the hermitage of Marich Rishi and saw Bharat.

The story ends with a dramatic climax. 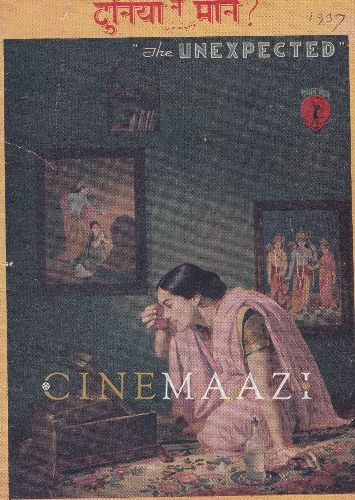 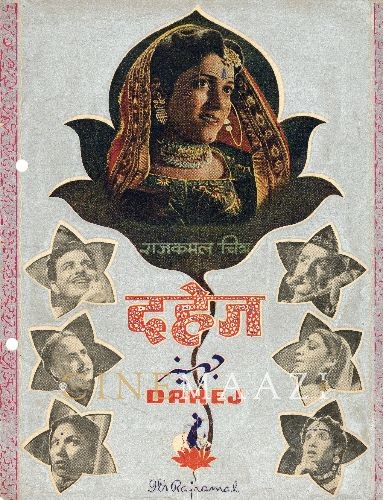