The moment Khakan was told that his brother, Behram, the leader of the 40 thieves, has been murdered by Margina, he decided to take revenge from her. He along with Kamran and Gulbadan, the dancer during their journey, happened to stay in that deserted cave which was once full with heaps of wealth and the atmosphere rung with laughters. SIM SIM, who used to open the gate of the cave with the command " KHUL JA SIM SIM", was still imprisoned in the vault hungry and thirsty. Khakan set him free and Sim Sim narrated him his sorrowful tale. He stated that years ago he was a merchant. Unfortuna-nately one day he happened to go to a cafe, where Margina, the embodyment of beauty was entertaining the audience with her dance. He lost himself at her gestures. His business was ruined and he turned crazy for that dame, Margina.

With that very craze, he decided to have Margina, at any cost. One day he again dropped in the cafe, faught desperately, gave severe blows to everybody, damaged the cafe and carried away crying Margina. On his way back to his country, his Caravan was attacked by Behram alongwith his 40 thieves. Margina was made the object of entertainment for the thieves and he was Imprisoned. Khakan assured Sim Sim that he would help him in securing Margina.

In those days All Baba, Margina, and the King had gone for Hal. Khakan came to All Baba's house and posed himself to be the uncle of All Baba and started living there. Dilgir and Nazakat, the servants of All Baba were led away by him. They started drinking and marry making. The pious Saint appeared there and warned them for these sins. Khakan enraged and ordered his servants for his arrest. But they were all turned into statues and the Saint disappeared.

When Khakan came to know that this very Saint had been helping All Baba and Margina in every difficulty, he decided to finish him but the Saint was shielded every time by the Super-natural power.

Khakan so manuplated the affairs that Sim Sim was arrested, the past history of Margina's life was brought In light and hatred was thereby created in All Baba's mind hence Margina was again rendered helpless and miserable.

What happened there after? Please see on the silver screen. 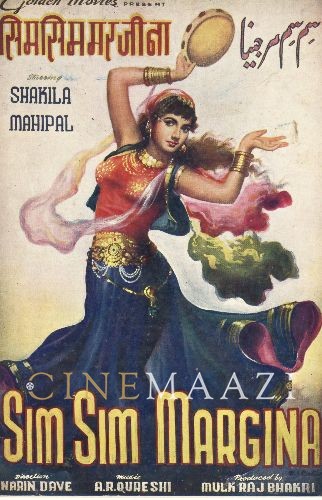